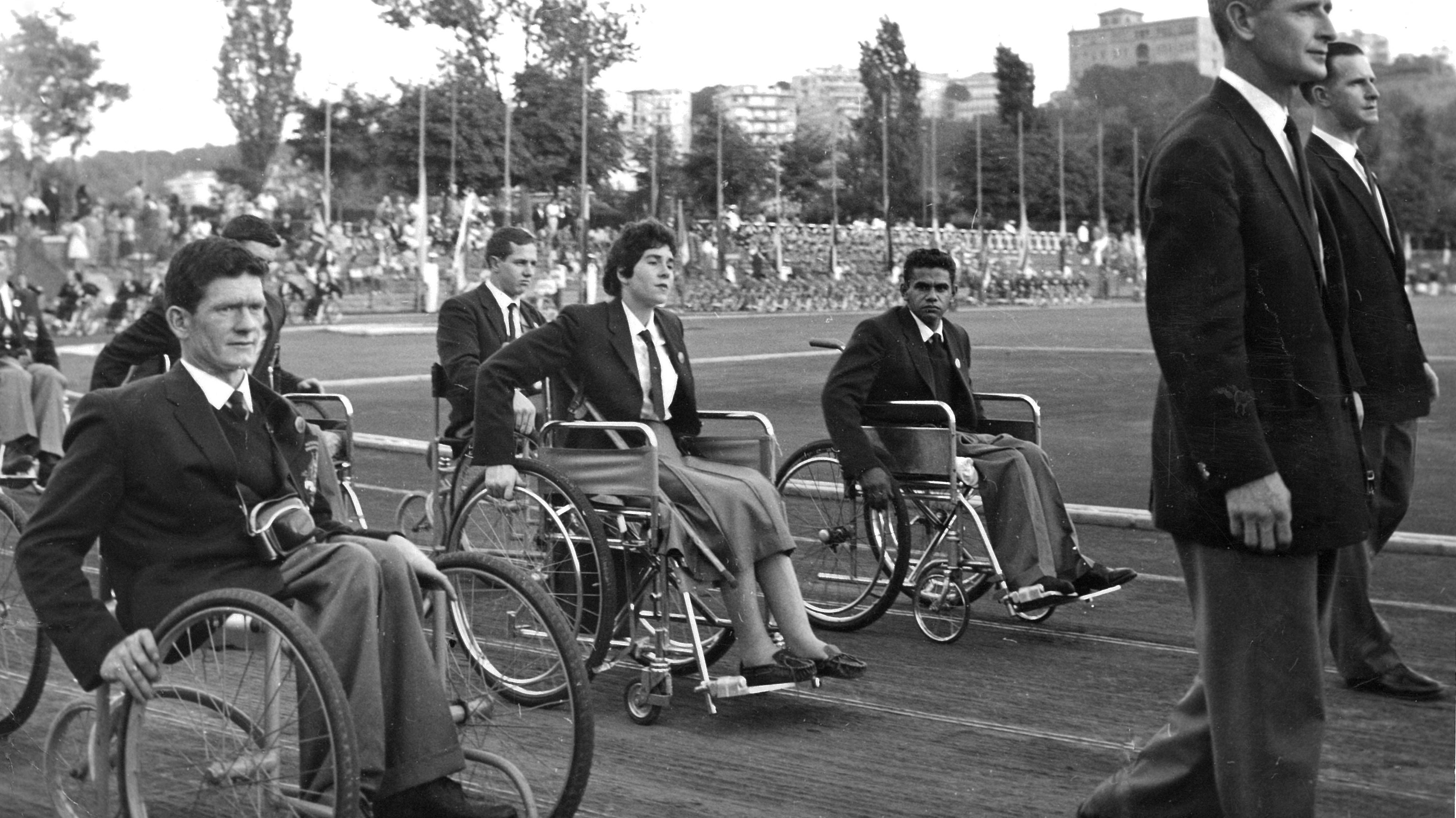 Tomorrow (15 April) night will mark the closing of the most inclusive ever Commonwealth Games. Playing host to some 300 of the world’s best Para-athletes, competing in 38 medal events across seven sports, Gold Coast 2018 organisers have prided themselves on the delivery of the largest ever integrated sports program in Commonwealth Games history.

But it was 56 years ago that these foundations were laid, when the inaugural Commonwealth Paraplegic Games were staged in Perth, WA. Pioneered by the renowned Australian surgeon Sir George Bedbrook, they coincided with the 1962 British Empire and Commonwealth Games, and were met with rapturous local support.

Of the 89 athletes going for gold in the City of Lights, few could match the energy and enthusiasm of 26-year-old Bill Mather-Brown, a straight-shooting wheelchair basketball player from Fremantle with buckets of experience and an ego to match. Collecting four gold medals across four sports, there was no doubting he was a force to be reckoned with – but what really made Mather-Brown so remarkable was the role he had played in WA six years prior, overseeing the transition of wheelchair basketball from remedial exercise to fully fledged competitive sport.

A three-time Paralympian, Mather-Brown was first introduced to wheelchair basketball in 1955 during a brief stint on the Perth airwaves as a sports reporter for 6iX. He recalled:

“My boss at the time was a fellow called Monty Menhennett, and Monty said, ‘There’s a disabled sports day down at Shenton Park and we want you to cover it.’ And I said, ‘Yeah, well who’s gonna go? Because I’m not really interested in that.’ And Monty said, ‘Well, you are going.’

“And I actually wrote what I was gonna say on the air on the way down there. You know, that I’ll tell everyone about how these courageous chaps in their wheelchairs are doing a fine job and to keep it up.

“But then they started to play basketball and the whole world changed. I decided that that’s me and that’s what I wanted to do.”

Mather-Brown, who contracted polio as a two-year-old when he and his family were living in Agnew, immediately set to work establishing a couple of local teams, looking first to the able-bodied Australian Rules footballers he coached at the time.

“In the early days at Shenton Park, they’d say, ‘It doesn’t matter if you win or lose, as long as you’re taking part,'” Mather-Brown explained. “But it mattered greatly to me. I wanted to compete.

“So I started to get some able-bods involved, seeing as there was not a lot of competition for the wheelchair jockeys at the time. They jumped in the chairs, became quite proficient, and the thinking was that they’d cream us, but we proved that we could hold our own – and I was the one who pushed for that.”

Then in 1957, Australia sent its first-ever team, featuring a heavy Western Australian line-up, to the Stoke Mandeville Games in Stoke Mandeville, England, where Mather-Brown, together with his teammate Frank Ponta, made history as Australia’s first international medallists in Para-sport, taking gold in wheelchair fencing. At the time, investment in disability sport was rare, and sending athletes overseas to compete in one sport was unviable. Instead, officials targeted “average all-rounders” like Mather-Brown, who also returned home from England with the Karl Freeman Cup for the Best Australian Competitor in Para-swimming.

“It was big for us, you know. We went from being scrubbers to international players in the space of about two years,” he said. “Of course, we weren’t any good, and wheelchair sport was no eyebrow-raising function, but it was a huge boost for us.”

“When we went to Melbourne in 1960, we went with a team that was very fit and looked good, and played like their life depended on it,” he said. “We took everybody in Victoria by storm – they didn’t know what had hit them. We recruited everyone we knew who had a disability to get on that basketball court and give it all they had, and in the end, we won seven of the first eight interstate tournaments.

“We would’ve won the eighth too, but we picked the wrong coach,” he added.

Mather-Brown wrapped up his international career after his third Paralympic Games in Tel Aviv, Israel, in 1968, but continued to make his presence felt on the local scene over the next 50 years – “as a coach, agitator, you name it.”