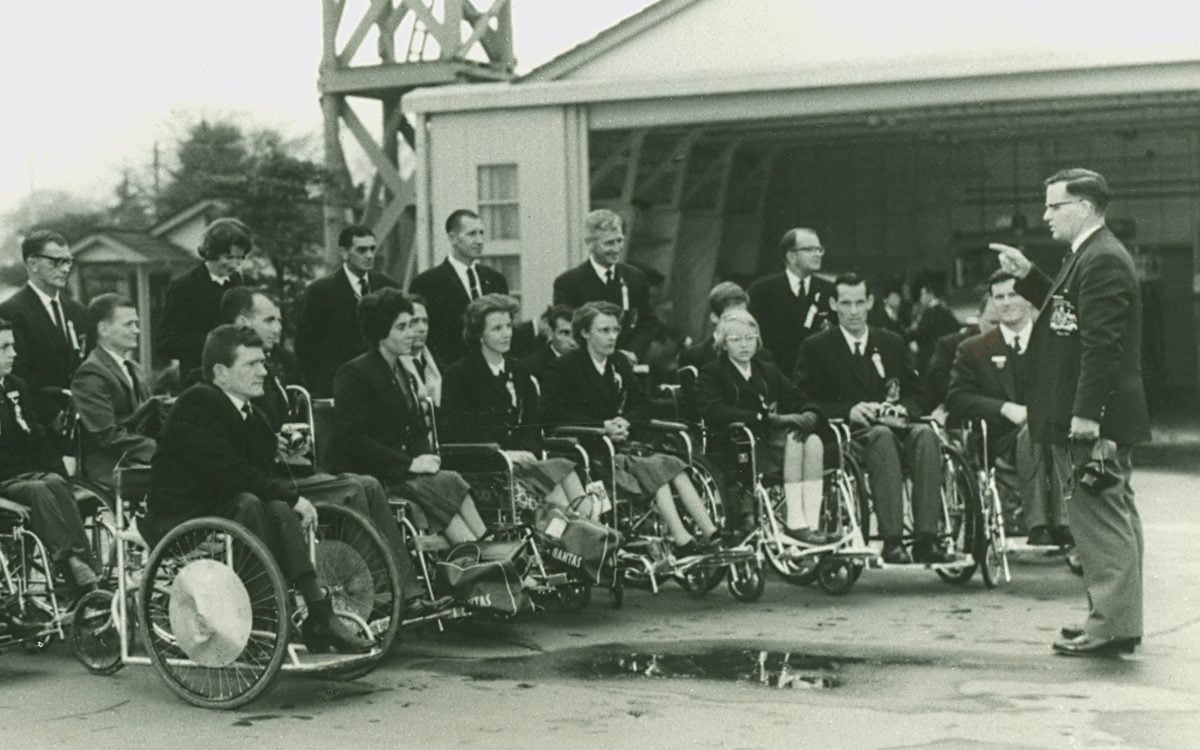 The Paralympic movement in Australia owes its origins to Sir George Bedbrook OBE.

After graduating in medicine from the University of Melbourne, Bedbrook trained further in orthopaedics in England, where he spent some time at Stoke Mandeville Hospital under the tutelage of the forefather of the Paralympic movement, Sir Ludwig Guttmann, CBE, FRS.

In 1954, Bedbrook established Australia’s first spinal injury unit in Shenton Park, Perth, where he revolutionised the treatment of spinal injuries in Australia through an extensive program of sport and exercise. He established hospital sport days which gave the rehabilitation a competitive focus, and led Australia’s first team for athletes with an impairment to the 1957 Stoke Mandeville Games in England.

Three years later, Bedbrook facilitated the attendance of the Australian Paralympic Team at the first Paralympic Games in Rome, Italy, and took on the role of Team Leader and Medical Officer at the Tokyo 1964 Paralympic Games.

He supported the principle of holding the Paralympic Games in the same city as the Olympic Games, and was responsible for organising the Commonwealth Paraplegic Games and Far East and South Pacific Games for the Disabled. He was also a founding member of the International Coordination Committee of World Sports Organisations for the Disabled, which became the International Paralympic Committee in 1989.

While Bedbrook received many accolades for his medical work, his role in developing Paralympic sport opened the door to generations of exceptional Australian athletes. For this he was chosen by Paralympics Australia as an inaugural inductee into the Australian Paralympic Hall of Fame.