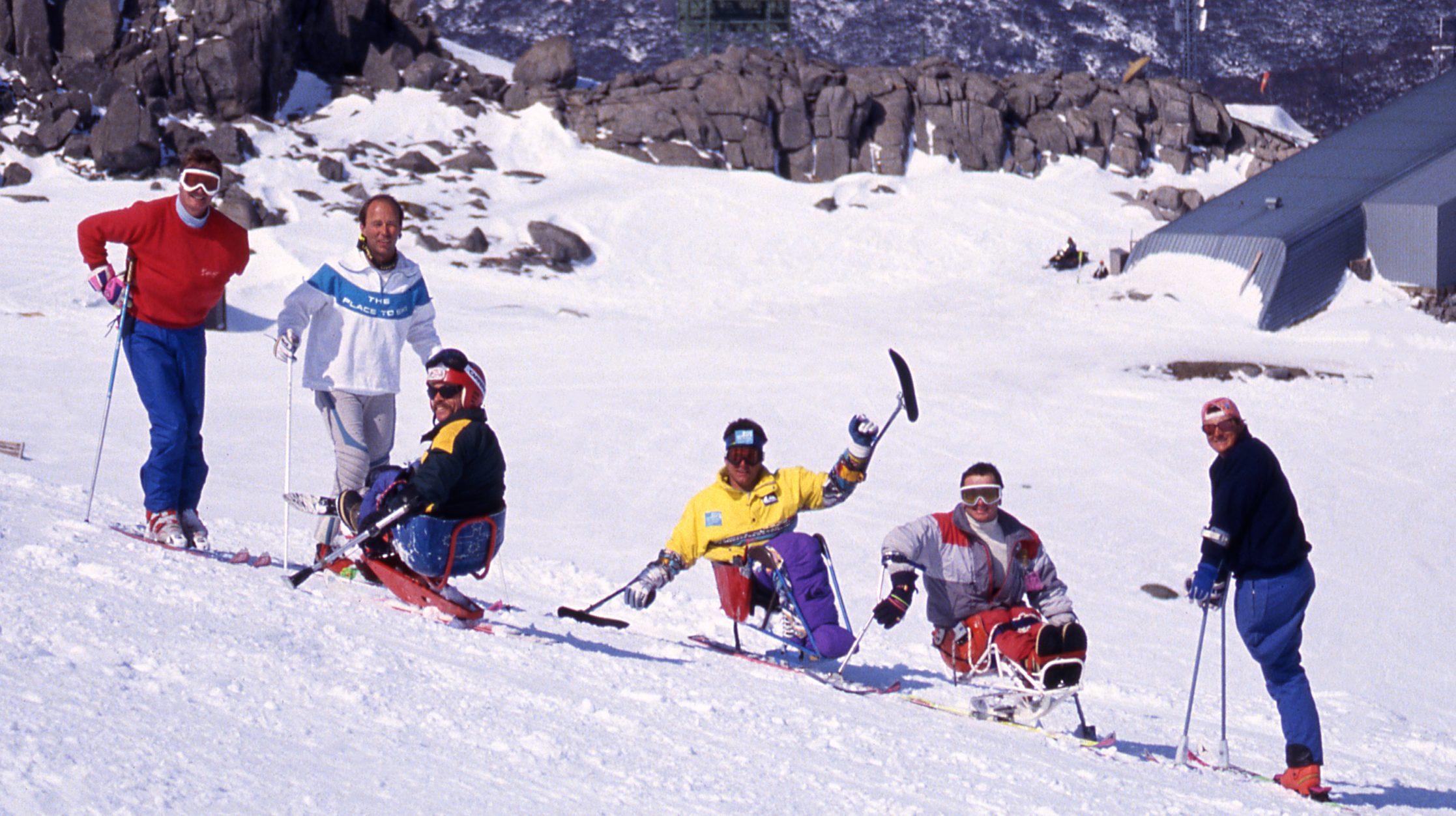 To celebrate 30 years since the 1988 Paralympic Winter Games, www.paralympic.org.au looks back on the Australian performances, and Paralympic debut of a future legend, that made the Games so memorable.

While it would be four years before Australia reached the podium at a Winter Games, Milton and his Australian teammates laid the platform for future success with a string of strong performances throughout the Games.

Hodge placed 8th in a field of 25 in the Men’s Slalom LW2, with less than six seconds separating him from a bronze medal, while Milton, who was Australia’s youngest ever Winter Paralympian at the time, placed 12th in the same event, completing the course in 1:38.12.

“I was a child on a team of adults and it was my first overseas trip. It was a different experience for me. There wasn’t any pressure on me to perform, I didn’t really have expectations of myself and neither did anybody else,” Milton said.

“I remember a lot of nerves, but I wasn’t too worried about my results. As someone without international race experience, I didn’t know about my competition, how good they were, how many of them there were, so I was happy to focus more on my own performance and experience at the Games.”

“In 1992, when I was starting to get on the podium at a couple of international events and ended up winning gold at the Paralympics, having the experience of being at a Games and that experience from 1988 really helped me to get there,” Milton said.

Innsbruck remains the only city to host the Paralympic or Olympic Games back-to-back, and holds a special place in the heart of the Paralympic movement for its commitment to creating opportunities for athletes with a disability to represent their country.

Ron Finneran, the Chef de Mission of the 1988 Australian Paralympic Team and Australia’s first ever representative at the Winter Paralympics, said Innsbruck stepped up at a time when other cities were not prepared to invest in the Paralympic Games.

“It was important that what was available to the Olympians was also available to our Paralympians. They train and compete at the same level, and should enjoy the same advantages,” Finneran said.

“We saw a lot of big changes from 1988 to 1992. Although the Paralympics still weren’t well known, particularly in Australia, the media questions were more about the sport, what your training and preparation was like, and how you performed at the Games, as opposed to questions like, ‘How do you ski on one leg?’,” Milton added.

30 years on from his Paralympic debut, Milton is looking forward to watching the Aussies stake their medal claims.

Asked what advice he would give the 2018 Paralympic Winter Team ahead of the Opening Ceremony on 9 March, Milton’s response was emphatic.

“There’s lots of wisdom there but if we break it down to the basics, if you do well on the day and perform at your best, then you can go away from the Games pretty happy. Whoever skis the fastest wins, so go out there and ski as fast as you can.”