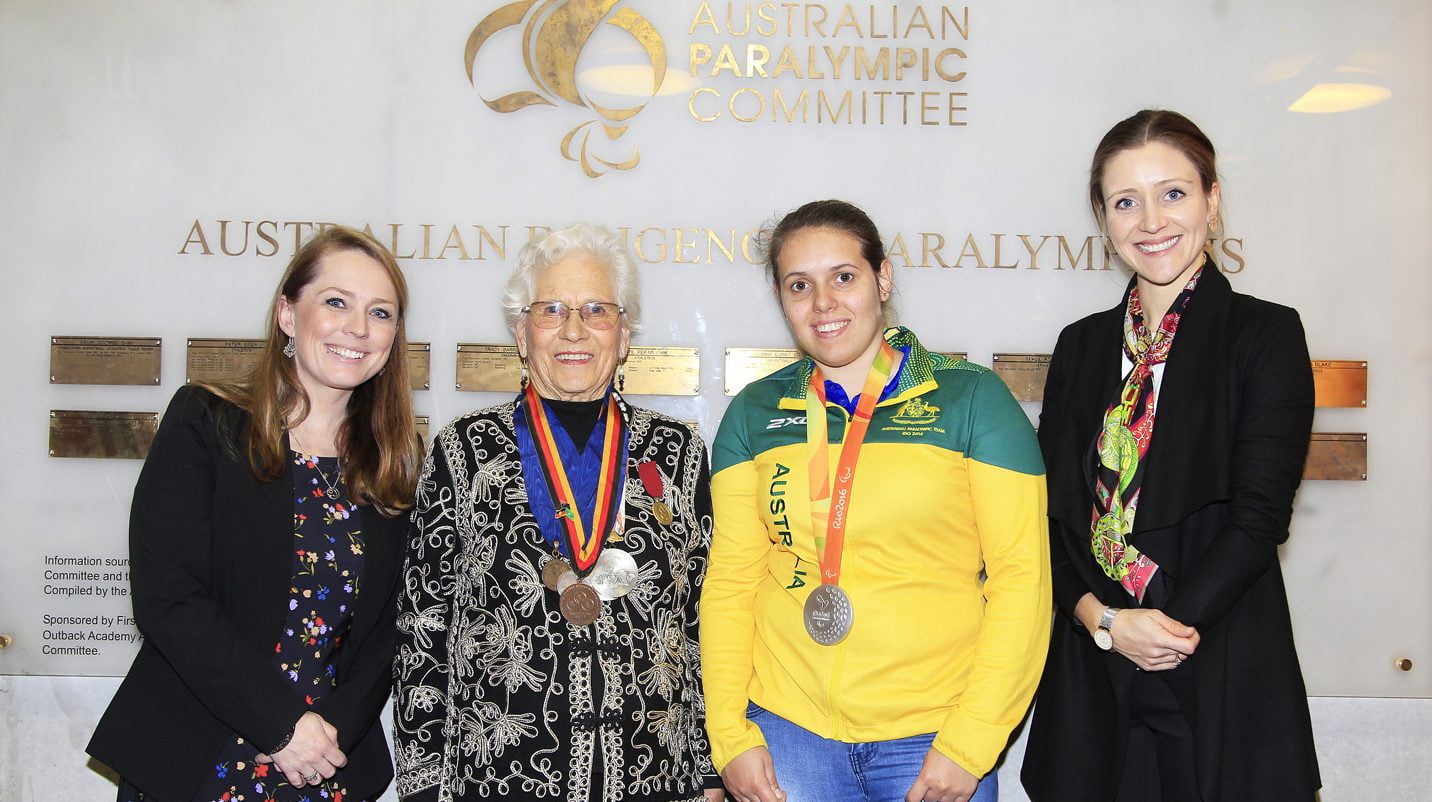 The APC initially unveiled the Indigenous Paralympian honour board, recognising 11 athletes dating back to Kevin Coombs at the first Paralympic Games in 1960, at the NCIE in December 2015.

Australian Paralympic Committee Chief Executive Lynne Anderson said the work of the APC to continually celebrate the achievements of Australia’s Paralympians is important to upholding values of diversity and inclusion in sport.

“Today’s ceremony was a wonderful way to celebrate the achievements of two Rio Paralympians, Torita Blake and Amanda Reid, and the legacy of Ray Barrett, a bronze medallist from the Heidelberg 1972 Paralympic Games, whose Indigenous heritage was not known by the APC when we launched this initiative back in 2015.

“To be joined by Amanda and relatives of Ray’s today was a privilege for the APC in an important week which celebrates the history, culture and achievements of Australia’s Indigenous community,” Anderson said.

“The aspiration of the Paralympic movement is to build a more inclusive society for people with a disability through Para-sport. We know that through sport, Para-athletes challenge stereotypes and transforms attitudes, and that’s something that all three athletes celebrated today have done in both the Indigenous and wider Australian communities.”

“The APC greatly appreciates the First Peoples Disability Network for their continue support, as well as the NCIE’s support in the display of these plaques, and we hope that it can provide inspiration for young Indigenous athletes, with and without disabilities, to continue in their pursuit of excellence in their chosen fields.”

The family of Barrett, who passed away in 2000, was in attendance at the function, as well as Amanda Reid, who broke through for her first Paralympic medal at her second Game in Rio last year.

Barrett competed at the Heidelberg 1972 Paralympic Games winning bronze in the 100m wheelchair dash, and placed fifth in the Slalom. His other sporting achievements included competing at the 1974 Commonwealth Paraplegic Games in Dunedin, New Zealand where he won gold, silver and bronze medals and set a world record in the wheelchair dash event, and a bronze medal in wheelchair basketball.  The same year, he won gold in the wheelchair sprint, bronze in wheelchair basketball and bronze in slalom racing at the International Stoke Mandeville Games, England.

Named Sportsperson of the Year at this year’s NAIDOC Awards, Amanda Reid competed at her second Paralympic Games in Rio, after making the transition to cycling from swimming, and won silver in the C2 500m time trial.