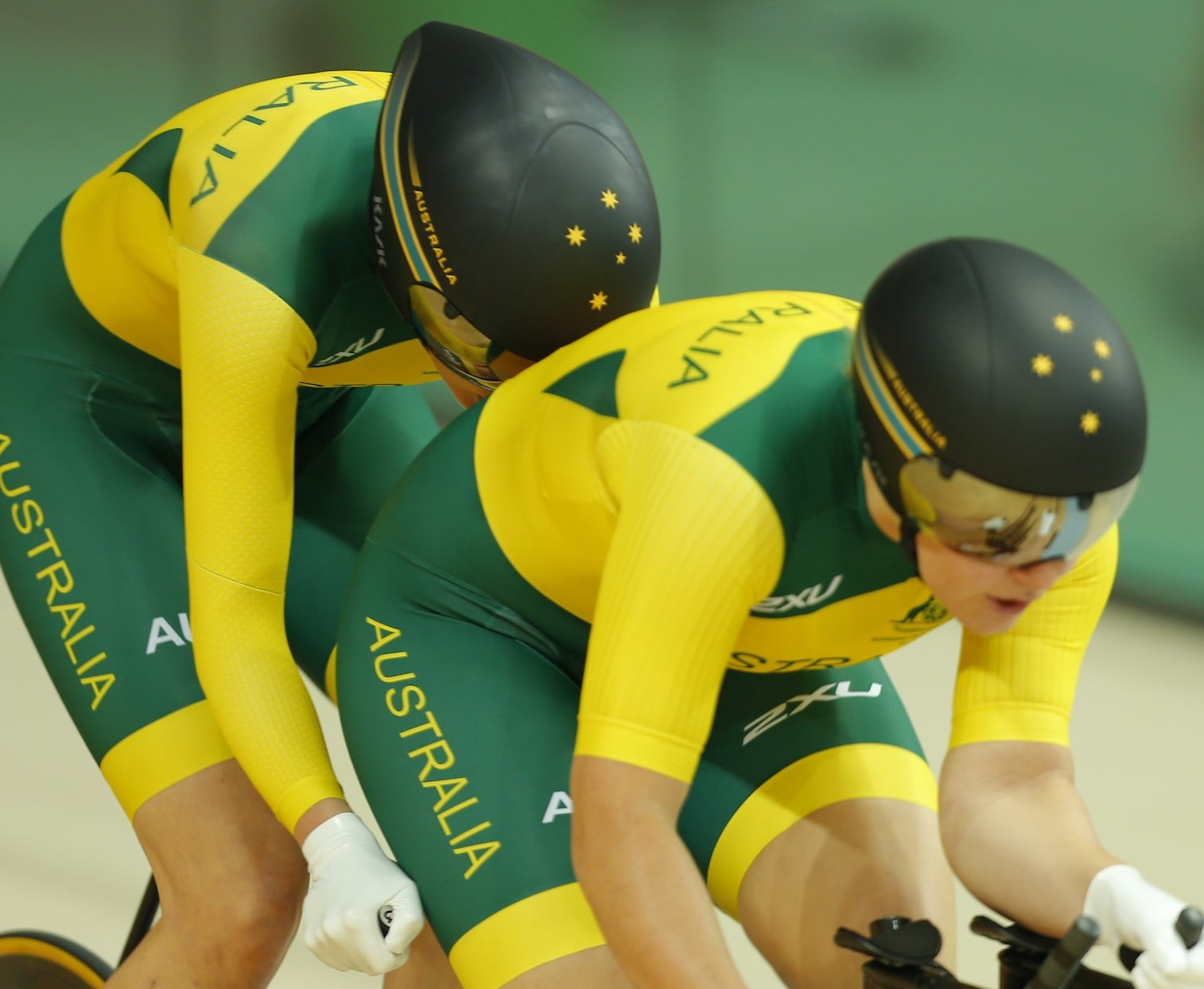 Australia’s Paralympic cyclists have ended their track campaign with six medals after four days of competition on the Rio 2016 Velodrome.

Powell led the team out of the gate with the fifth fastest opening lap before swinging up for Nicholas (16.787) to come through and finally Donohoe who clocked 15.834 to give the Australians a final time of 55.308 and sixth place. Great Britain set a World Record in qualifying and again in the final to claim the gold medal.

Great Britain also won the 3km tandem pursuit while Australia’s Jess Gallagher and pilot Maddie Janssen, as expected for sprint World Champions, were fast over the first kilometre but faded to finish ninth.

Matt Formston and pilot Nick Yallouris wrapped up our track campaign with sixth place in the tandem kilometre time trial final that was won by the Netherlands.

Para-cycling Head Coach Peter Day says the track has delivered some memorable results for the program.

“Obviously David Nicholas’ breakthrough Paralympic track gold medal was a highlight of the team’s performance this week especially considering he missed 2015 track worlds due to a serious bout of pneumonia,” said Day. “The win is a great reward for his commitment and dedication.

“Another great result came from the newest member of our team, Amanda Reid, who crossed from swimming less than a year ago and this week won the silver medal in the 500 metre time trial,” said Day.

“It’s also very exciting for Jess (Gallagher) to get on the podium in her first Games on the bike and for her pilot Maddie (Janssen) who is racing her first Paralympics.”

Day was also full of praise for Sue Powell who came into Rio as the reigning Paralympic C4 pursuit champion.

“It was a courageous effort from Sue who knew she was really up against a challenge from the American (Shawn) Morelli who earlier this year took her world title crown,” explained Day. “But nevertheless Sue continued to strive for a level of excellence that we’ve learned to expect from her.

“In the men’s pursuits Kyle Bridgwood’s silver in the C4 was a reflection of his world ranking but it was a little disappointing that Alistair Donohoe wasn’t able to perform at his best and was beaten in the gold medal ride of the C5 pursuit.”

Attention now turns to the road where Australia will have several riders in medal contention when competition starts on day seven.

“As we head to the road we hope David (Nicholas) will take his track form with him to defend his C3 road time trial title from London,” said Day.

“Kyle (Bridgwood) is the reigning C4 time trial world champion and Alistair (Donohoe) was second at the world titles in the C5 event so we’d also hope to see them in the mix for medals.”

In the women’s tricycle T2 class starter Carol Cooke is the reigning time trial world champion and will also be one to watch in the road race.