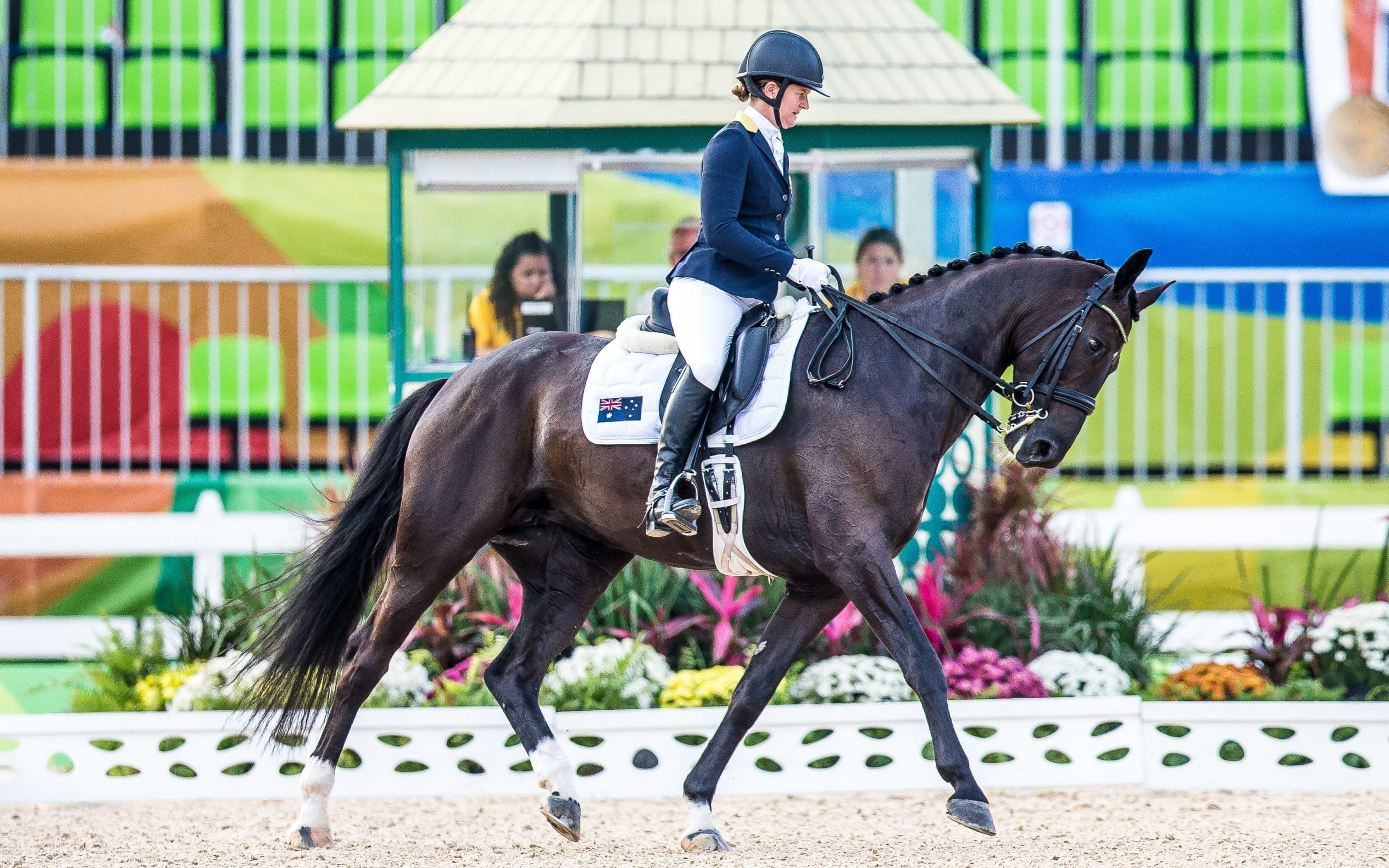 Katie Umback (Grade III) and Sharon Jarvis (Grade III) have had to compete not only with the world’s best dressage riders, but also the sound of fireworks, as the Australian Para-equestrian team began its Rio 2016 Paralympic Games campaign.

Fireworks were heard coming from the area surrounding the Equestrian Centre, heavily spooking Jarvis’ horse, Ceasy, as they were about to start their team test.

37-year-old Jarvis managed to calm Ceasy enough to begin, but finished with a score of 65.921 per cent, ultimately placing her 15th out of 16 competitors.

Jarvis says she and her horse can learn from the experience.

“She [Ceasy] came in there and she was terrified. This is her first competition, and it’s about her and I getting trust. The more I rode out there, the more she got confident, and for me, that’s really important about the future.”

Umback and her horse Marquis scored 68 per cent, placing eighth.

43-year-old Umback of NSW says she went better than she expected.

“Really, really happy with him [Marquis]. He did everything that I could have asked for.”

On Monday (12 September), Lisa Martin will compete in the team test Grade IV aboard Fast Famous, before Emma Booth and Mogelvangs Zidane saddle up on Tuesday in the Grade II class.