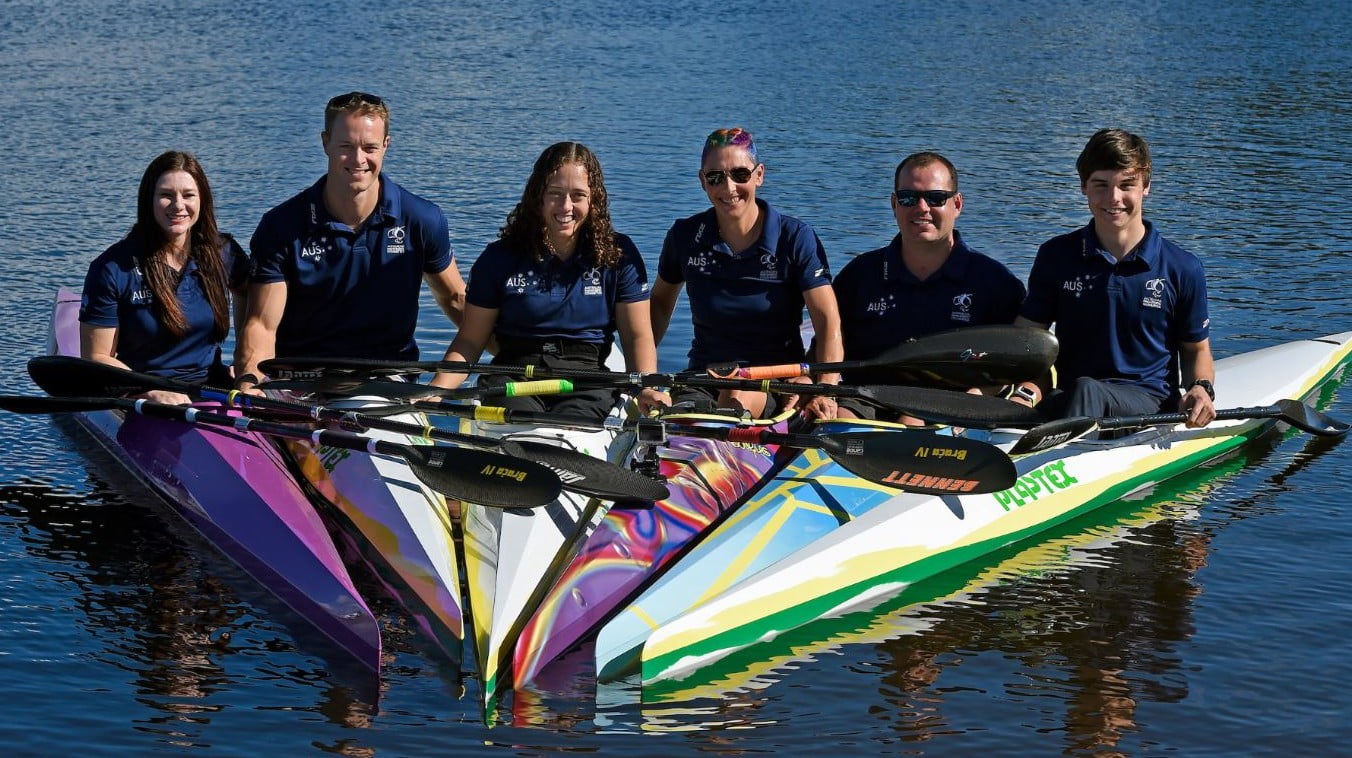 Australia’s paracanoe team features an eclectic mix of characters, from a rising schoolboy talent, to a former V8 driver, a tenacious mum of two, to an Australian Army Sapper.

In all, there are six athletes in Rio primed for their first Games, in the sport’s Paralympic debut.

Curtis McGrath is the most well known of the group, he lost his legs after stepping on an improvised explosive device in Afghanistan while serving as a combat engineer in the Army.

He needed a focus, a refuge, and found it in kayaking, and this year he became the KL2 world champion, snatching the title from six-time winner Markus Swoboda.

Amanda “AJ” Reynolds lived with chronic knee pain for nearly twenty years, before deciding to have her leg amputated.

After paddling recreationally, she decided to pursue the sport more seriously and last year won the KL3 world title.

In a sign of her incredible mental toughness and physical strength, six weeks after having her appendix removed, the 44-year-old won silver at this year’s world champs.

The duo will be Australia’s biggest gold medal hopes, carrying plenty of expectation.

“I think they can step up to it,” said Head Coach Andrea King.

“Their training’s been good, they’re in a good place in the psychology of it, I think they can hold it together for race day.”

Susan Seipel is another medal chance, the Queenslander is a former champion swimmer and para-equestrian, and dual world championship bronze medallist in the KL2.

At 17, Colin Sieders became the first ever V8 supercars driver with a disability, and he’s now found a new career on the water.

His motivation is proudly displayed on his paddle- carrying the handprints of his three young children.

And he’ll be buoyed by meeting his hero, former race car driver and para-cyclist Alex Zanardi, in the Paralympic village dining hall just days before racing.

16-year-old Dylan Littlehales and 21-year-old Jocelyn Neumuller are the newest members of the team, both securing the last Paralympic berths at this year’s world championships.

“I’ll put it out there, but she’s stepped it up and she could be in contention moving up the rankings. She’s gone in eighth and I think anywhere between third and fifth is very achievable for her.

And Dyl, it’s still tough he’s a boy in a man’s world, he’s got the hardest class to race in (KL3) and he’s just amazing because he’s got no inhibition. There’s a guts about him and when a fight comes on, he’ll take it.”