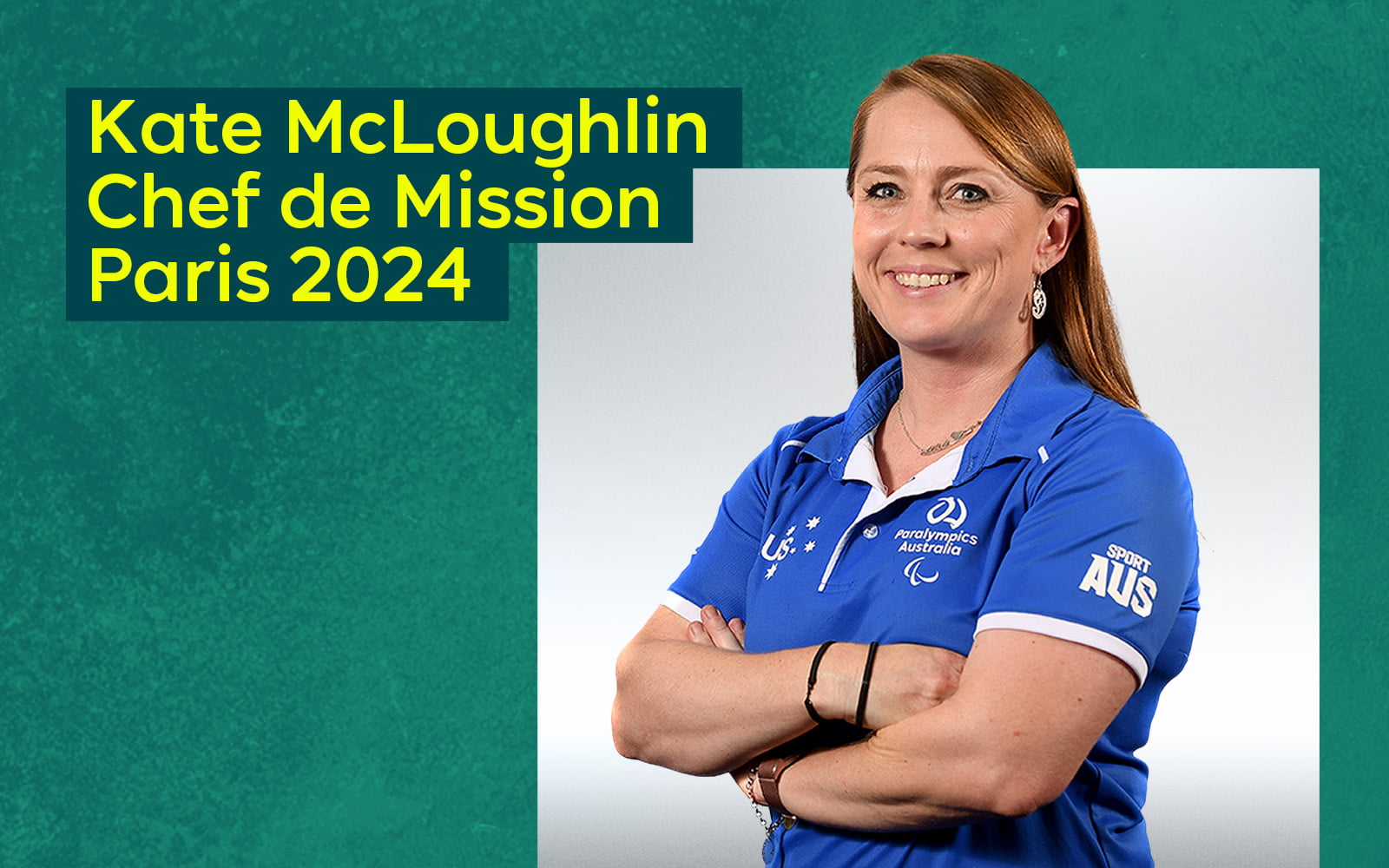 McLoughlin said she was honoured to continue as Chef de Mission, whose job is to guide the national delegation, including athletes, coaches and other Team members, at the Games.

“Being Chef de Mission of our Paralympic Teams for the Rio and Tokyo Summer Games and the Beijing Winter Games was an enormous privilege and I’m humbled that the Paralympics Australia board has asked me to continue in the role,” McLoughlin said.

“Our aim is always to create an inclusive and supportive Team culture and provide our athletes with the optimum performance environment so they can represent Australia to the best of their abilities. It’s also about ensuring our athletes, who work incredibly hard to compete on the biggest stage, have an enjoyable and memorable Games experience.

“Working with the nation’s elite Para-athletes is a great honour and I’m so excited to be able to contribute again as we prepare for what should be an incredible Games in Paris.”

“Kate is a natural leader, who has the rare combination of energy, humanity and organisational brilliance,” Paralympics Australia Chief Executive Catherine Clark said.

“The Tokyo Games, particularly, were extremely challenging, but Kate’s guidance was a key factor in our Team’s outstanding results and the way our athletes were embraced by record numbers of Australians.

“By confirming Kate’s position now, she has a solid two-year timeframe to bring together our preparations so we can continue to perform well in the increasingly competitive Paralympic environment. I’m thrilled she has accepted this appointment for Paris 2024.”