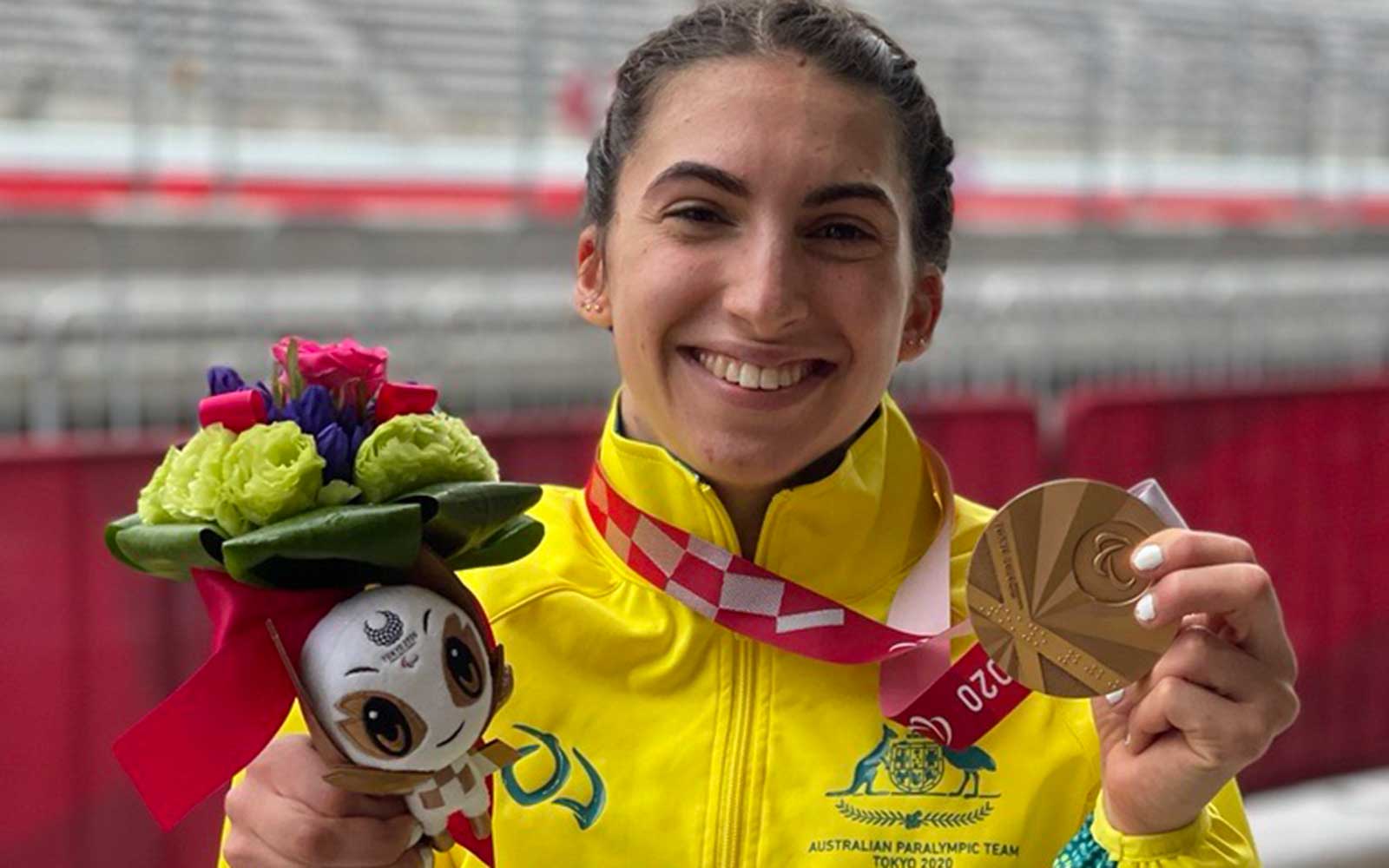 Cyclist Paige Greco claimed her third medal on Friday with bronze in the road race on the final day of cycling competition.

It brings Australia’s total cycling tally to13 medals for the Tokyo 2020 Paralympic Games.

24-year-old Greco last week won gold in the individual pursuit C1-3 in a world record time on the track and on Tuesday was the bronze medallist in the time trial.

Today’s 40km road race was won by Japan’s Keiko Sugiura, with Swede Anna Beck overhauling Greco on the line, in a photo finish for the placings,

“I didn’t know what the result was when I finished,” said Greco.

“I was going to look back when I was sprinting, and I thought ’no I’ve got to keep going and whatever the result is I’ll find out find out at the end.’

“I’m pretty tired but happy with how I rode the race and I’m very happy to be on the podium again,”

It’s been a highly successful introduction to the Paralympics for Greco.

“It’s given me a lot more drive and determination to keep going, to push myself and do my best, it’s been a really special experience.”

Meanwhile, things didn’t go as planned for Alistair Donohoe in the C4-5 over 92km, with the 26-year-old finishing fifth, almost five minutes behind race winner Kevin le Cunff of France.

Donohoe went into the race hoping to realise a dream that was dashed in Rio when Ukrainian rider Yehor Dementyev rode him into the barriers just metres from the finish line.

In a cruel twist of fate, Dementyev again played a role in Donohoe’s misfortune when he crashed on the wet road in front of the Australian.

“Being a racetrack, you do get a lot of oil on the surface when it rains, and oil patches come up that you can’t see,” said Donohoe, who wasn’t blaming anyone for the crash.

“It just took me by surprise. I was riding and suddenly I was on the ground. I hadn’t touched the brakes, I hadn’t done anything. It was just like ice skating at some points out there and as the rain increased it got worse.

“I got up and chased back on and then I crashed a second time and I did manage to make the final five but I just spent so many bickies getting back on that it was kind of game over with two laps to go,” said Donohoe, who was also hit by hamstring cramping in the closing stages of the race.

The final kilometres of the race were emotional for Donohoe, who lost his friend Will Georgeson, 26, to suicide in June.

Donohoe and his Brisbane housemates have rallied to support each other in the wake of Will’s death.

“Will battled depression for many years and for me, coming at such a crucial time, as I do with my sport, I am quite often burying my emotions into it and I think I’ve not grieved properly,” said Donohoe, who was in tears as he crossed the line.

“Now that the Games are over, I can really appreciate Will for who he was and hope that I can support anyone that’s battling depression silently.”

If you or someone else is in crisis or needs support, please contact Lifeline on 13 11 14.