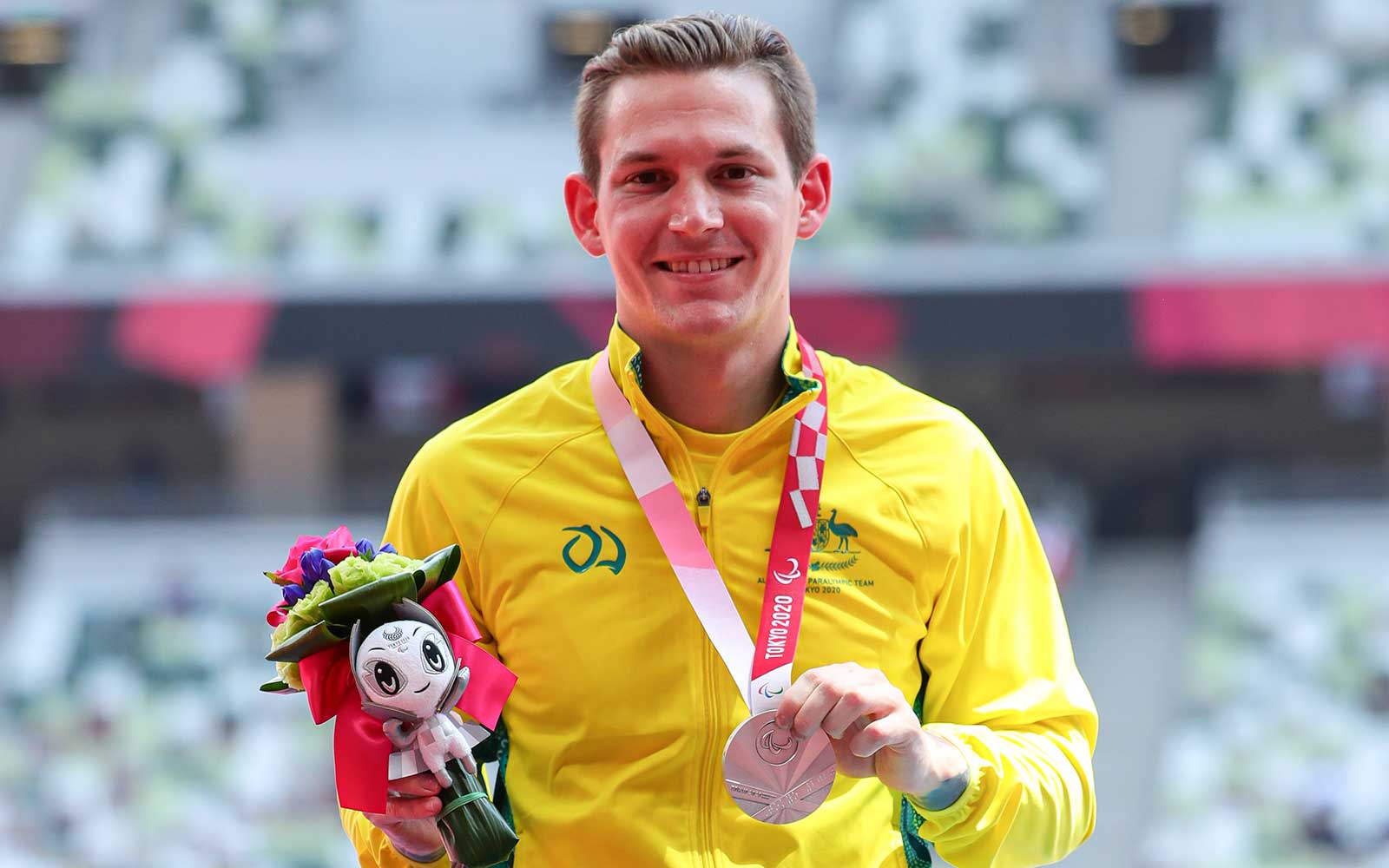 Australia showed its proficiency on the track and in the field with wheelchair racer Rheed McCracken and javelin thrower Michal Burian each winning silver medals on Monday – taking the overall tally in athletics to nine.

But there was a sharp contrast in today’s booty.

For Burian, 29, it’s a blank canvas for the man who moved to Melbourne from the Czech Republic nine years ago and became an Australian citizen in February this year.

It was his first Paralympic Games, his first final and his first medal.

“I’ll see you in Paris,” he said, choking back the tears after he threw a personal best by over three metres (66.29) in his final throw to move from bronze into silver.

McCracken’s time was a season best 15.37s – remarkable considering he has not raced internationally since the 2019 Dubai world titles. Once again he finished behind Tunisia’s Walid Ktila for a third time at the Paralympics: London 2012, Rio 2016 and Tokyo 2020.

“Am I ever going to get it (gold)? I’m ready for all those questions,” McCracken said.

“’I hope so’, to answer those right now. The field just keeps getting stronger… I wish we could make that top step. We’ve (with coach Andrew Dawes) worked really hard for five years (since Rio), for nine years (since London) and I know it hasn’t changed but we’ll keep working hard – keep pushing, keep trying.

“When I look back on it, the ability to be able to stay really consistent over those three Games and also World Championships makes me stoked, really happy.”

“It’s really cool to be able to do that even if there is some frustration. I’m very proud.”

Burian couldn’t stop the tears as he draped himself in the Australian flag at his first major competition.

“I knew my last throws can be the best – I’ve done that before,” he said. “So in my head I was just thinking ‘Let’s just blood go; let’s rip it’ and let the body do the work.”

He actually extended his previous PB of 63.02 in the fourth round with a 63.15. But it wasn’t until the sixth round that he finally overtook Sri Lanka’s Dulan Kodithuwakku (65.61) but couldn’t catch India’s Sumit Sumit (68.55), who broke the world record three times tonight.

“I just didn’t pay attention to what he was doing. You can’t let that corrupt your focus. It is what it is. He was a better athlete than all of us on the night,” Burian said.

It was a similar story for defending 100m (T64) Rio gold medallist Scott Reardon in his leg amputee class. He finished 5th in a season best 12.43. But gold medallist Russian Anton Prokhorov (12.04) was 0.09s faster than Reardon has ever run.

“Hats off to the top two who ran faster than I ever have. So it’s not like I ran bad – the boys just ran fast. I laid everything on the line and got beaten,” Reardon said.

“It wasn’t that long ago that I thought I was done. So to be here is pretty special.”

Reardon hasn’t had much clear water since his 2017 World Championships gold with injury after injury. He got married to long jumper Vanessa Low three years ago and they still haven’t had a honeymoon.

It all adds up to get 31-year-old Reardon thinking that he might have run his last international race.

“I’ll go home and reassess. But the end is closer than the beginning, whether that’s another year or whether that’s my last, I’m not sure. Don’t be too surprised if you don’t see me out there again.

“It’s hard. I’ve been doing this for a long time now. I went out there tonight to have some fun and really enjoy what I do. I’m pretty lucky I’ve been successful in the 100m – winning four championships in a row is nothing to be sneezed at,” he said, referring to golds at the 2013 Lyon and 2015 Doha world titles, the 2016 Rio Paralympics, and the 2017 London world championships.

Madi de Rozario ended the night by sneaking into the 10th and last spot for the 1500m (T54) final on Tuesday night.

In a slow first heat de Rozario finished 4th but all four top placegetters were 3m:36 times – just 0.25 seconds separating them. The much faster second heat won by USA’s Susannah Scaroni (3:23.42) means she’ll be setting the pace in the final. The American won the 5000m on Saturday.