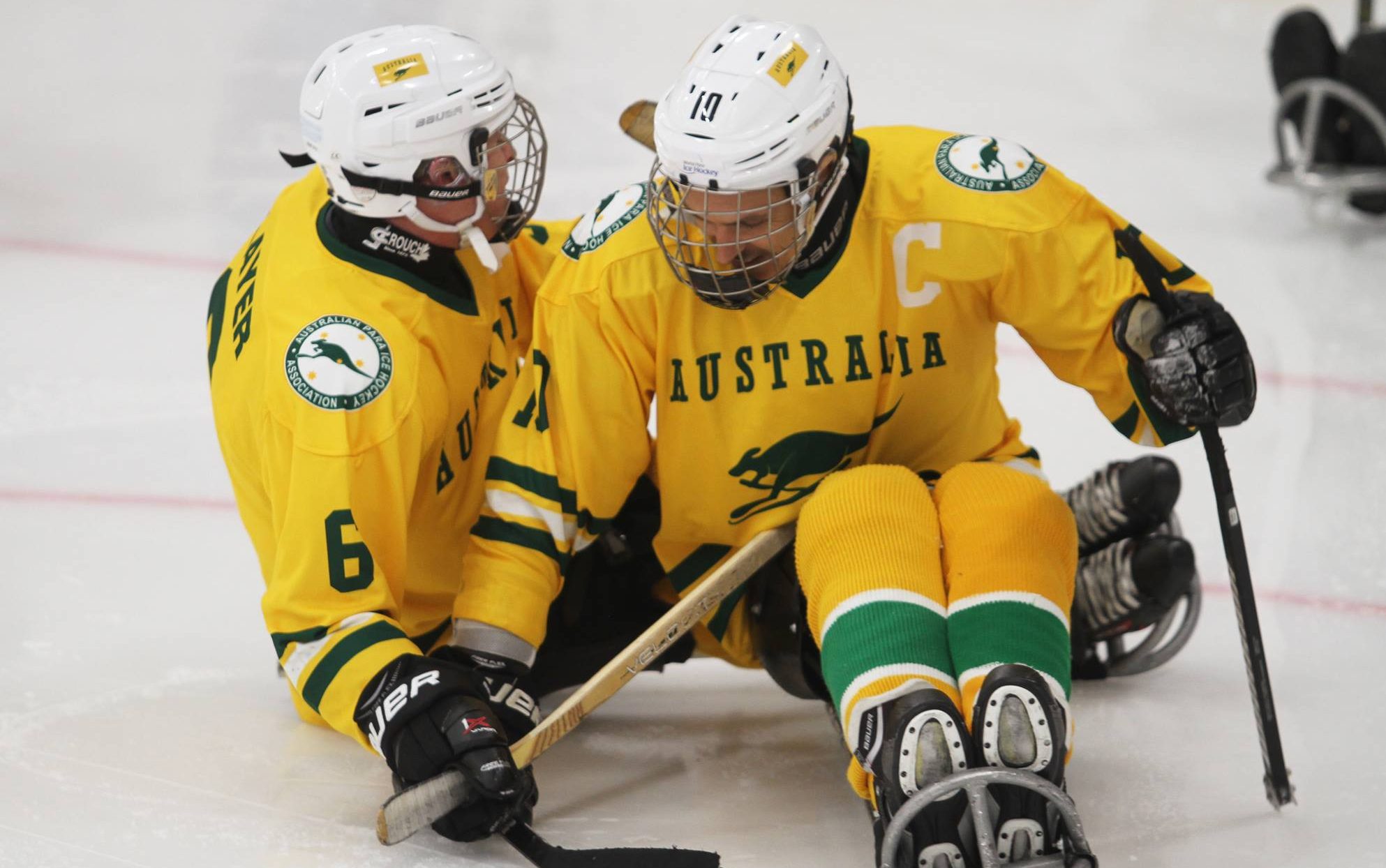 After watching the sport online from afar, hoping for their opportunity to compete, Australia’s first-ever men’s Para-ice hockey team will embrace every moment when they hit the ice at the 2018 World Para-ice Hockey Championships in Finland this November.

“We know that this is the start of something big,” said Team Manager Emma Poynton.

“It’s our first-ever men’s team, and although there is trepidation about what we’re going into, the guys are extremely excited to get things started.”

The Australian Paralympic Committee (APC), in collaboration with Ice Hockey Australia, has been working to establish the sport domestically, after the APC received a grant from the International Paralympic Committee’s (IPC) Agitos Foundation to purchase equipment and grow participation opportunities.

Fast-forward 18 months, and Australia’s dedicated group of athletes will be competing in Pool C against Finland and China – two nations with developing teams and high hopes.

“Pool C is considered the entry level of Para-ice hockey and still somewhat developmental, and November will see all three teams in that pool debut,” Poynton said.

Recruitment and interest has been encouraging since the grant from the IPC was received. Included in the Australian side are well-established Para-athletes from other sports who have brought a disciplined and driven culture to the team – among them, Commonwealth Games silver medallist in Para-athletics, Marty Jackson, and Australian representative sit-skier Jason Sauer, with British Paralympian Gary Farmer leading the charge as Head Coach.

“It’s a brand new team, so there are no rookies, so to speak, or veterans,” Poynton said. “But it’s great to have athletes on the team that have had international experience in other sports.

“It’s the likes of Marty and Jason, and even Tomas Klein [wheelchair rugby] and Joe Chivers [wheelchair basketball], who have played their sports at state level.

“Those athletes are pre-conditioned, they’ve got core stability, but mentally they’re focussed, and those newer to high performance sport on the team are really going to benefit.”

And despite Australia’s inexperience in Para-ice hockey, the team have their sights set high.

“We want to win the pool,” Poynton said. “We want to be competitive and successful and be able to climb the international ranks, to then work towards getting ourselves into the Paralympic 10 for Beijing [the 2022 Paralympic Games] – or if not, the cycle after.

“It’s a rapidly growing sport, so now is the time to get our foot in the door.”

By Sascha Ryner, APC Media
Posted: 25/09/2018
Photo with thanks to the Australian Para-ice Hockey Association