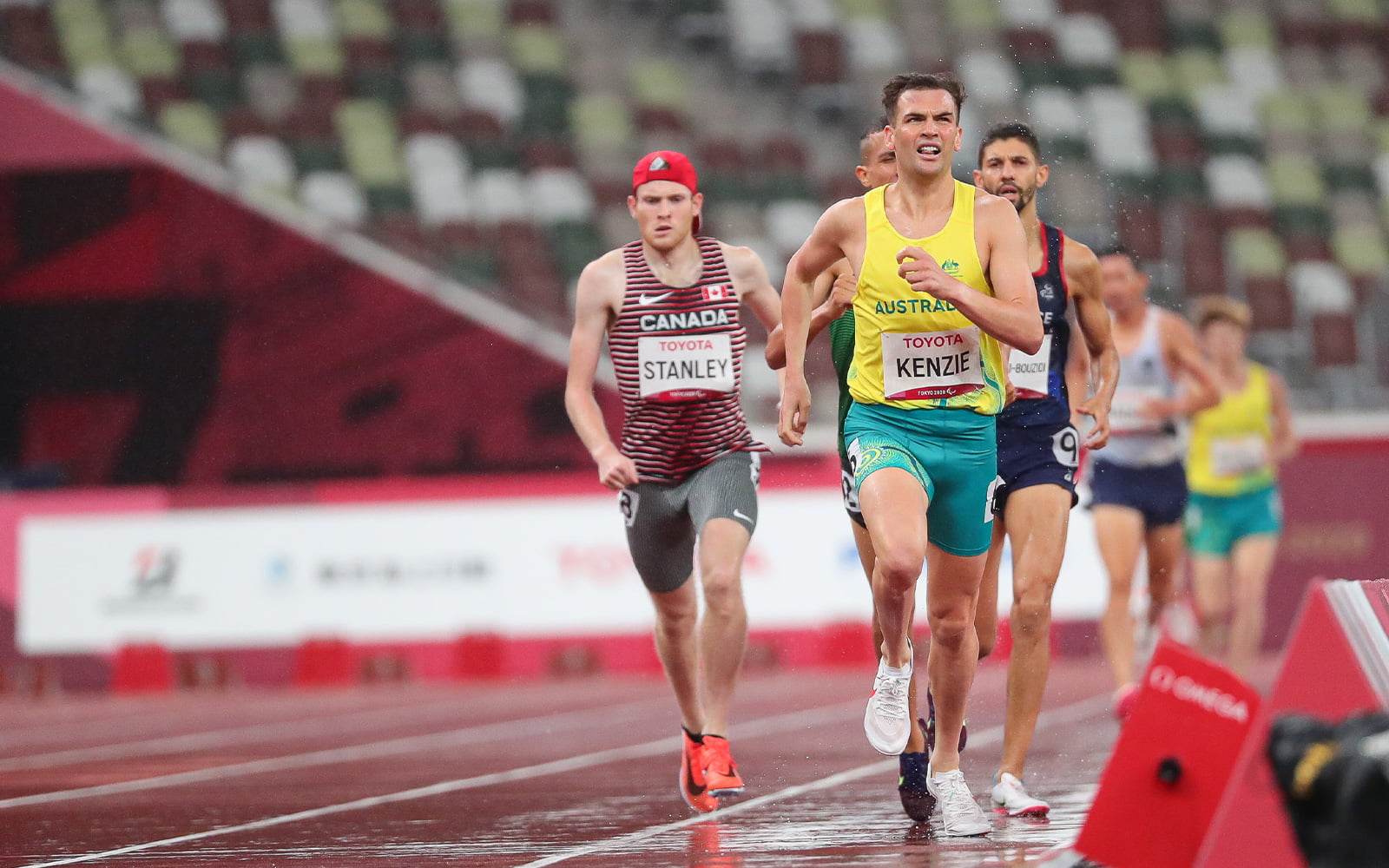 Two-time Paralympic medallist Deon Kenzie’s love of running was clear when he was a primary school student in the tiny north-west Tasmanian town of Forth. But it wasn’t until midway through high school that he discovered he could compete as a Para-athlete.

It’s one reason the middle-distance ace feels strongly about improving sporting pathways for people with a disability in his home state.

Kenzie will attend Paralympics Australia’s three Multi-sport Day events in Tasmania this weekend – at Ulverstone, Launceston and Hobart – where he will encourage participants to have a go and discover more about the impact playing sport can have on their lives.

Get involved: register for a Tasmania Multi-Sport Day.

“I started running when I was in Year 6 and after school, I remember, I’d run laps around the paddock,” said Kenzie, the silver medallist in the 1500 metres T38 at Rio 2016 and bronze medallist in the same event at Tokyo 2020.

“But it wasn’t until Year 10 that we identified there was an opportunity for me to be classified to compete in Para-sport.

“I think that’s made me feel really passionate about developing pathways here in Tasmania for more people with a disability to get involved in Para-sport, as well as getting more coaches on board to help develop those pathways.

“It’s not just about kids knowing about it, it’s also about the role models they have around them knowing that there’s actually a chance for kids with a disability to get involved in sport, whether it’s with the aim of reaching the elite level or not.”

Kenzie will be joined at the Hobart event by Birmingham Commonwealth Games Para-triathlete Erica Burleigh. Kenzie was one of three Tasmanians in the Australian Paralympic Team at Tokyo 2020, alongside shotput star Todd Hodgetts and rower Alexandra Viney. He said sport at any level was a healthy way to bring people together and build community.

“You see kids struggling with confidence and then within a couple of years they’re a completely different person,” he said.

“They’ve made more friends and developed more personally. It’s really special what sport can do for people.”

Scott Nicholas, Paralympics Australia’s Participation and Pathways Coordinator (Vic/Tas), said opportunities were expanding in Tasmania, including through a Paralympics Australia coach development pilot program in partnership with the Tasmanian Institute of Sport and supported by the AIS.

“There’s also great support coming from the Tasmanian Institute of Sport, including initiatives to support athletes just below Paralympic level.

“It’s great that there’s more community sport options and a clearer pathway through the TIS for more talented athletes as well.”

Get involved: Find an upcoming Multi-Sport Day near you!