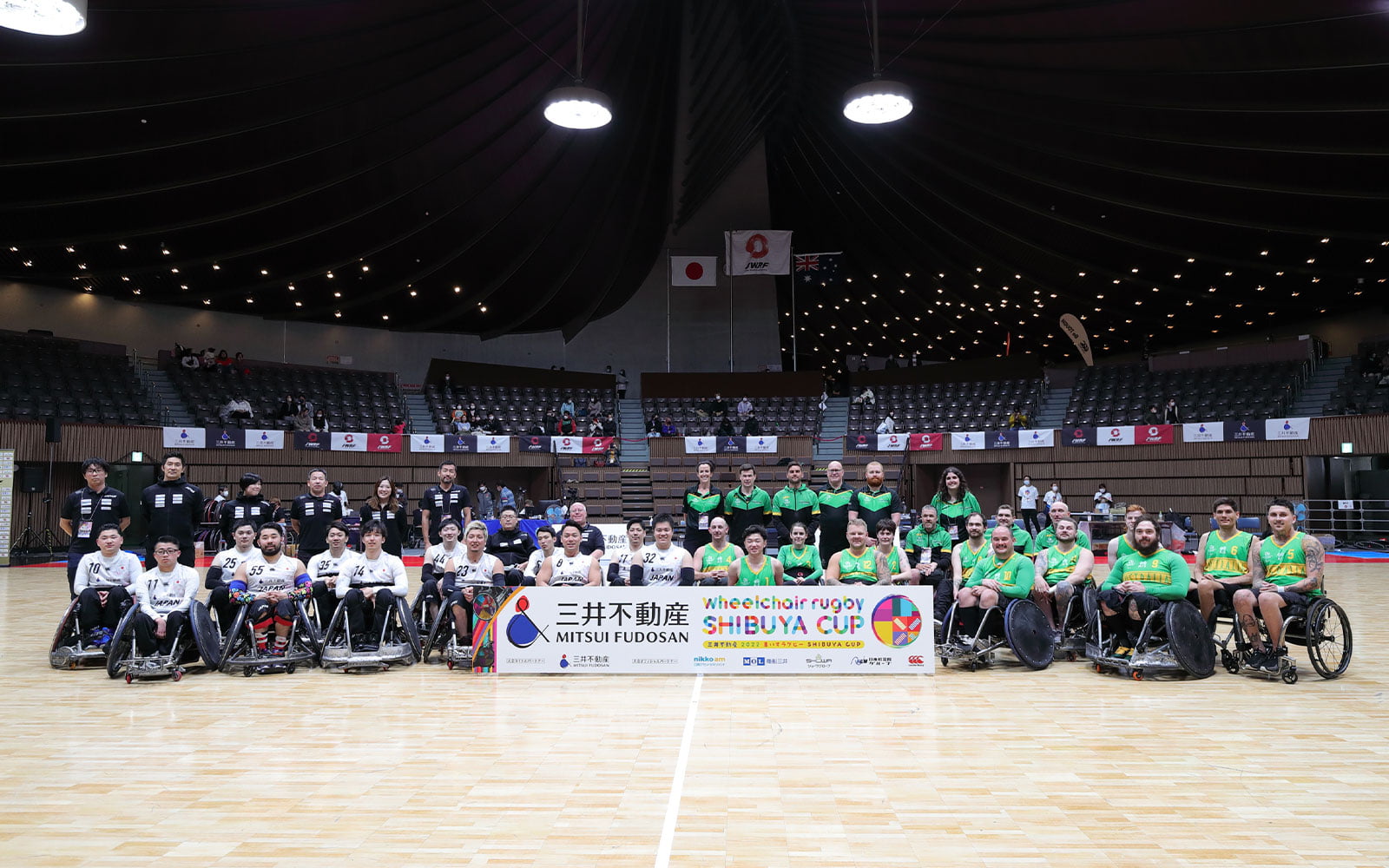 In one of the world’s busiest cities, in a huge stadium filled with a noisy crowd cheering for the opposing team, the Australian wheelchair rugby development squad have been given a tantalising taste of what to expect at the highest level of their sport.

The 2022 Shibuya Cup concluded in Tokyo on Sunday after four torrid matches between the Australian and Japan Development squads.

While none of the Australians have yet featured for the Australian Steelers, the home-side boasted four members of their senior squad from last month’s World Championship as well as head coach Kevin Orr, who oversees both teams.

The Australians were soundly beaten in all four matches but that mattered little to Paralympics Australia’s National Performance Director for Wheelchair Rugby Paul Kiteley, who said the experience gained by the 12 athletes and coaching staff was absolutely invaluable.

AUS #WheelchairRugby Development Squad head coach Jason Lees says spots on the Steelers team for #Paris2024 will be up for grabs when the 12 rising stars take the court in Tokyo this week for the Shibuya Cup: https://t.co/ciEZMLU3O5@ww_rugby @JWRF2020 pic.twitter.com/ZsbSs35rVT

“The team that Japan picked had some outstanding athletes who played for their senior team at the recent World Championship so we always we knew it was going to be a mammoth challenge for our new athletes to be dominant at this level,” Kiteley said.

“What a learning experience. We can’t buy it and we can’t replicate it in terms of fast-tracking our development because it is such a fantastic step up.

“While our opposition was too strong for us in every game, we saw plenty of signs that should give our group so much confidence moving forward.

“Ultimately, this is all about closing the gap between this tier of our development pathway and the Steelers.”

Kiteley said he was impressed with the captaincy of South Australian Tai Martin-Page, who recently travelled to the World Wheelchair Rugby Championships in Denmark alongside the Australian Development Squad assistant coach Ben Newton on an observational tour to continue their professional development.

Newton and head coach Jason Lees also drew praise from Kiteley, who said the depth within the Steelers playing and coaching ranks has arguably never been deeper.

Lees currently juggles his role as head coach of the Development Squad with his Assistant Coach duties with the Steelers.

“Our big picture now is to have everything covered if any unforeseen circumstances pop up,” Kiteley said.

“We have seen with illness and other personal circumstances that key athletes and staff have been unavailable, so the experience gained by our development squad during tours like these really is vital to bridge that gap between competing at a domestic level and exceling at international level. Now that our team has this tour under their belt, they become more formidable with every new experience they gain.

“Going to a major city, feeling the noise of a crowd supporting the opposition that is full of world-class talent in a big stadium and dealing with all of that pressure, that can only be hugely beneficial to everyone involved in our program,” Kiteley said.

“I have no doubt they will all arrive home this week knowing they have a lot of hard work ahead, but also added motivation to know they are better prepared to move up to higher honours if and when the opportunity arises.”