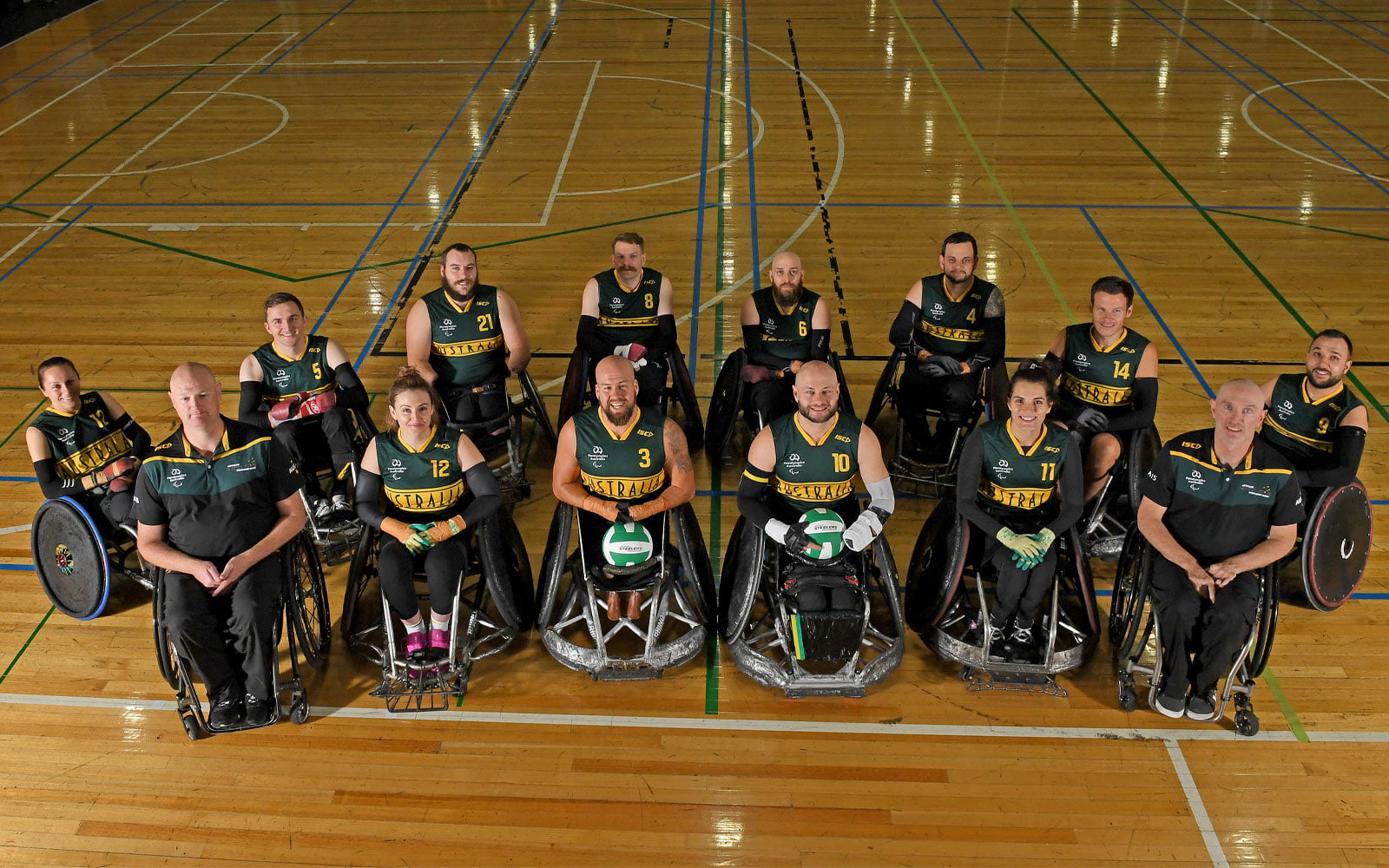 iPhones, Twitter, Justin Bieber and Barack Obama were all unknown to their global fanbase when the Australian Steelers last missed a gold medal match at the World Wheelchair Rugby Championships.

Since finishing sixth in 2006, the Australians went on to feature in the 2010, 2014 and 2018 finales and will attempt to extend their incredible record when the 2022 edition begins in Vejle, Denmark on October 10.

The fresh approach being taken by the Steelers aims to re-establish their fearsome reputation shaped by appearances in every Paralympic and World Championship gold medal match between 2008 and 2018 before the historic streak ended at the Tokyo Paralympic Games last year when they finished fourth.

“There’s no two ways about it. Our plan is to go over there and try and win it. For us, second, third, fourth isn’t what we’re about,” Dubberley said.

“We are about winning. We’re a team that pride ourselves on success and we haven’t had that for a quite a while and we want it back.

“We’re not happy or content where we are right now, we want to be back being the best.

“We’ve got a brand-new team now. It’s the first time we’ve had three female athletes, we’ve got quite a few rookies and we’ve also got some experienced players now who have been part of the program for a number of years and who have never won a Worlds or a Paralympics.

“Every one of these athletes is hungry for success and that’s what we want. It doesn’t matter what our previous teams have been able to achieve, we just want to go over there and win it for each other.”

To help his team get there, Dubberley said his newly appointed captain is ready to lead from the front.

Bond, set to contest his fourth World Championship, was instrumental during the Steelers’ golden era that yielded the 2014 title, silver medals in 2010 and 2018 and Paralympic gold medals in 2012 and 2016.

Bond moves into the role vacated by long-time Steelers’ talisman Ryley Batt in a move Dubberley says will bring new energy to both players at this stage of their careers.

“Bondy will bring a fresh approach to our team and I think he can take us to another level,” Dubberley said.

“He has been vice-captain for quite a while, he’s an experienced leader and he knows what it takes to succeed at the highest level. He’ll impart a winning attitude on this group, no doubt about that.

“I’m really grateful and appreciative of everything Ryley has done over a number of years from a captaincy perspective but I think moving forward, to allow Ryley to channel his energy in a different way and to try and help him enjoy the sport without the responsibility of leadership, this move will benefit him and us in the shorter and longer terms.”

Batt, Andrew Edmondson, Ben Fawcett, Jake Howe and Mick Ozanne will help Bond form the experienced nucleus of the team as veterans of both Paralympic and World Championship campaigns while Richard Voris, Josh Nicholson and Shae Graham each have one major tournament under their belts.

Graham, who created history in Tokyo when she became the first female Australian Paralympian in the sport, will write another historic chapter when she is joined by two female teammates at a benchmark event for the first time.

Emilie Miller, a former world champion in Para-cycling and Ella Sabljak, a Commonwealth Games medallist in wheelchair basketball, have both made impressive transitions to wheelchair rugby and are pushing to cement their places in the Steelers lineup on a long-term basis.

“It is something that I take a lot of pride in, the fact that we’re part of this era where we’re changing the game domestically but also internationally in terms of the higher representation of female athletes,” Miller said.

“It’s going to be a really interesting challenge, both from a personal and also a team perspective. As a team we have a quite a few challenges to overcome in terms of new players and new lineups. But for me, to be watching these players and other 0.5 players around the world, it will be good to see how I match up against them and understand where I need to be and what the world’s best standard is.

“It’s always an honour to go overseas and represent your country, it’s something I’m really proud of,” Miller added.

Graham, Miller and Sabljak along with Voris and James McQuillan will all appear at the World Championship for the first time.

The Steelers will face Brazil in their first match before playing Canada, Denmark, Columbia and reigning world champions Japan in Pool B.