One Arrow Ended Dream In Highest Scored Match Of Day 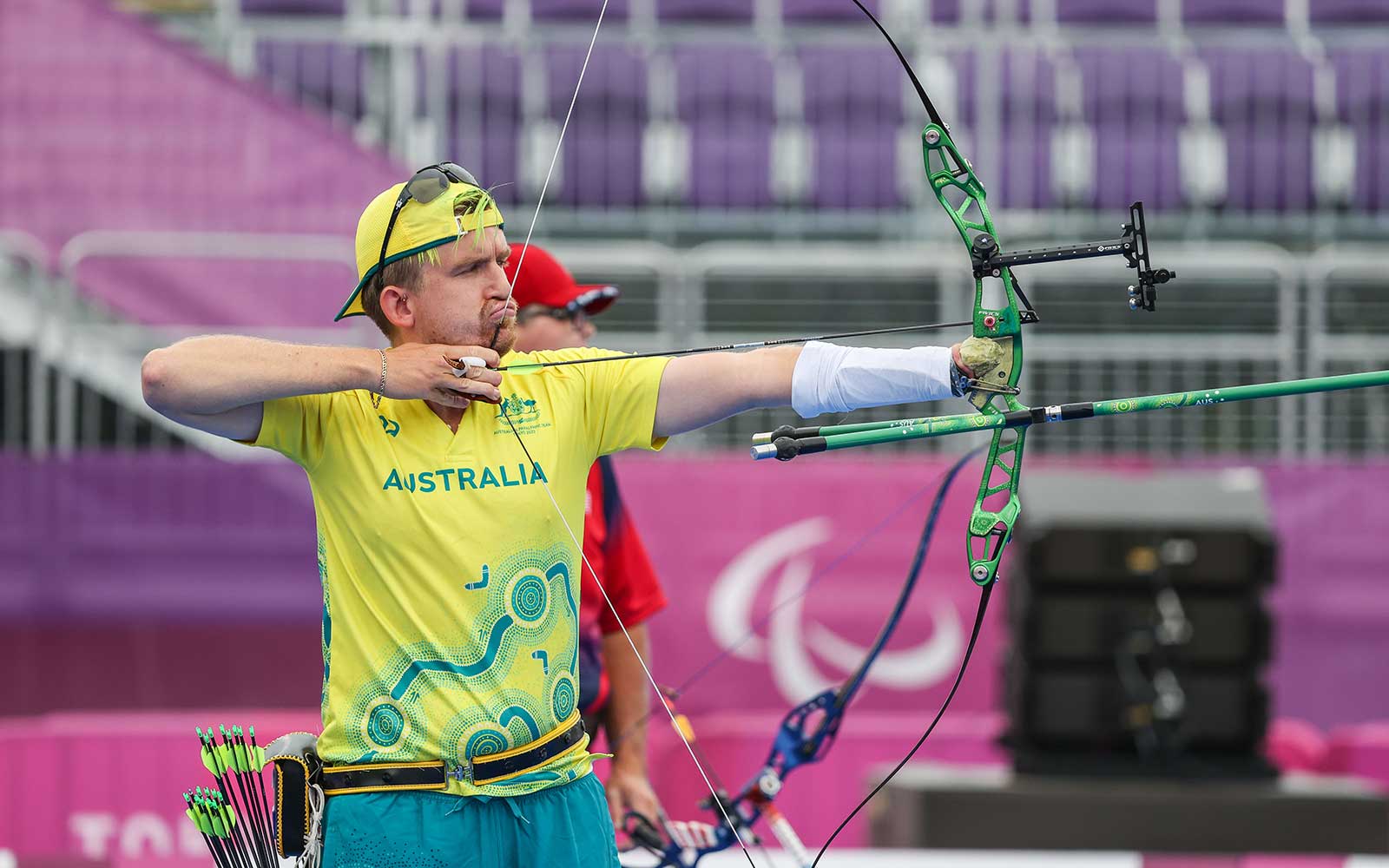 After watching his team mates from the stands over the past week it was finally Para-Archer Taymon Kenton-Smith’s turn to line up for his Paralympic Games debut.

In the highest scored match of day, Kenton-Smith was narrowly defeated by Eric Bennett (USA) in the 1/16 Elimination Round of the Open Men’s Individual Recurve, W2, 6-4.

Kenton-Smith bowed out of the match after an almighty fight, praising Bennett for a stellar competition and pushing him to perform at his best.

“I was really honoured to shoot beside him, he’s a very experienced athlete, he made the match pretty dam close, we both had a lot of fun,” he said.

It wasn’t the start Kenton-Smith had hoped for, losing the first and second sets 27-25 and 29-24 respectively.

He fought back to triumph in the third set 24-23 and fourth set 25-24. The stars aligned in the final set when both Kenton-Smith and Bennett earned 10 out of a possible 10 points for their first arrows.

It was the next arrow that turned the match in Bennett’s favour with Kenton-Smith scoring five and Bennett backing up another 10 pointer. He recovered in the final arrow with a score of nine before Bennett claimed the match 28-24.

“Eric shot some really amazing arrows, as did I. But there was just one point where my bow shoulder had a bit of a problem and I shot a little low left, but that’s how it goes sometimes, it was that one arrow.”

“I wanted to have an even head while I was shooting and I wanted to walk off the field happy, and I think I ticked off both of those boxes.”

Hailed the team’s best cheerleader, his team mates report they can hear him roaring from the stands to show his support.

“I fought my guts out, I have had good support behind me. I want to say an absolute thank you to all the people at home, I have got like 60 messages already telling me how proud they are of me.”

In a first for the Aussie team Kenton-Smith will join team mate Imalia Oktrininda in the Open Mixed Team Recurve 1/8 Elimination tomorrow (11:00 AEST) which will mark the end of the Aussie Para-Archer’s Tokyo campaign.

“It’s the first time we have ever had a mixed team in the event. We’re both shooting really strong, I’m looking forward to the match,” said Kenton-Smith.