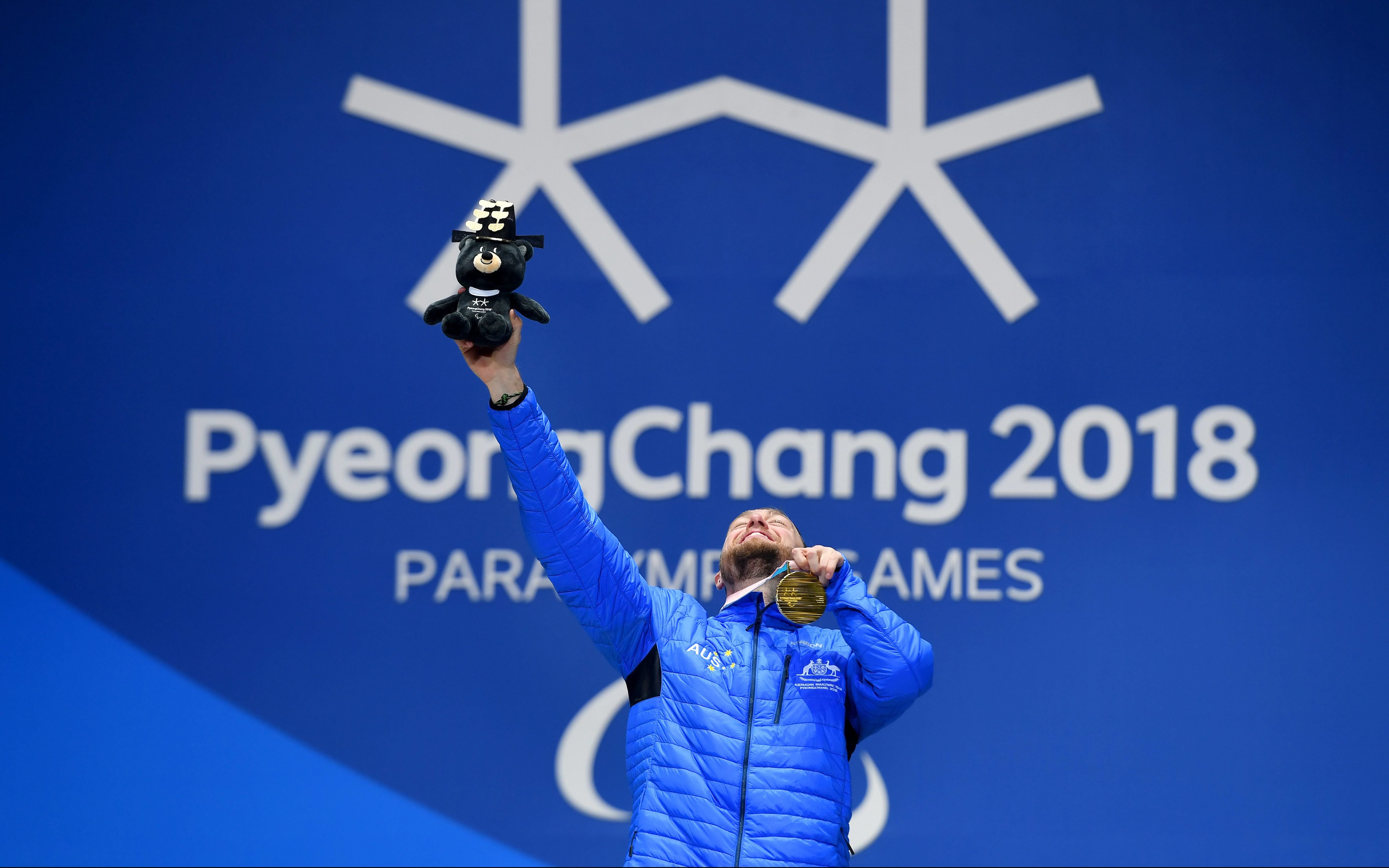 Four medals won and a top 15 position on the overall medal tally means the Australian Paralympic Winter Team reached its targets at the PyeongChang 2018 Paralympic Games.

The haul was double Sochi (two) from four years ago and Torino in 2006 (two), and equalled Vancouver (four) in 2010. In fact, Australia’s tally of four medals, including one gold, is Australia’s best performance on the medal tally since Salt Lake City in 2002 (seven).

The Australian Paralympic Committee (APC) was aiming for between two and four medals and a top 15 position from its 12 athletes and three sighted guides in PyeongChang.

Australia finished with one gold and three bronze from Para-alpine skier Melissa Perrine and Para-snowboarder Simon Patmore to wedge itself into 15th place on the tally, behind Norway (14th) and above Finland (16th).

And the targets were achieved without 2018 Australian Team co-captain Joany Badenhorst, who had won the last two IPC Snowboard World Cup races heading into PyeongChang, and had a world No. 1 ranking in the women’s snowboard cross Standing and world No. 3 ranking in the women’s banked slalom Standing. The 23-year-old dislocated her left kneecap and tore ligaments in a training crash two days after carrying the Australian flag at the PyeongChang 2018 Opening Ceremony.

The same fate came her way while in Sochi, where she again crashed in training the day before competition started.

Her co-captain Mitchell Gourley was the reigning World champion in the men’s super combined Standing from the 2017 World Para-alpine Skiing Championships in Tarvisio, Italy. He is now a three-time Paralympian but is unsure about going to a fourth Paralympic Games in Beijing in 2022.

But he has committed to the 2019 World Para-alpine Skiing World Championships in Obersaxen, Switzerland, next March. Beyond that, the 26-year-old is not saying.

“It was raining medals there for a time. If you want to get greedy it would have been lovely if Mitch had, you know, had skied as well in his second [slalom] run,” Dean said referring to Gourley’s 6th placing, when lying in bronze medal position after the first run.

“That would have been the icing on the cake. There’s no one more deserving of a medal than Mitch Gourley.

“And the obvious – Joany’s injury,” Dean added in other disappointments, as far as the medal tally went.

“But the two Team co-captains were just that. They were captains. They were giving of themselves for the good of the Team. They were terrific.”

Looking ahead to Beijing 2022, with Perrine, 30, and Gourley, 26, unsure if they will push for a fourth Games, or sit-skier Tori Pendergast, 27, for a third, Dean is looking at ‘newbies’ like vision impaired Para-alpine skiers Patrick Jensen and Shaun Pianta along with sit-skier Sam Tait to continue on.

Then there’s the four Para-snowboarders of Badenhorst, Patmore, Sean Pollard and Ben Tudhope, who are expected to stake a claim for Beijing.

Dean understands the trials of being a winter competitor, with more than six months spent on the road in Europe, Canada and the USA competing in World Cup events.

“The sacrifices that they put in – it’s not as if it’s a lucrative career,” Dean said. “There are all the other life forces to compete with.

“But the youngsters coming through, the visually impaired guys like Patrick and Shaun, and Sam Tait and his sit-ski, he’s going to be a star.”

Tait, 26, finished just outside the top 10 (11th) in his first downhill race at a Paralympic Winter Games and in one of the most competitive classes.

But for now, Dean just wants to bask in the afterglow of Patmore’s stunning gold medal in the snowboard cross. He is a former track athlete who won bronze at the London 2012 Paralympic Games in the men’s 200m T46, to become the first Australian male to win a medal at the Paralympic Summer and Winter Games.

“It was a landmark moment. Full stop,” Dean said. “It was like going to the movies. The previous day we were down in the depths of despair with Joany’s misfortune, then by the evening…pure joy!