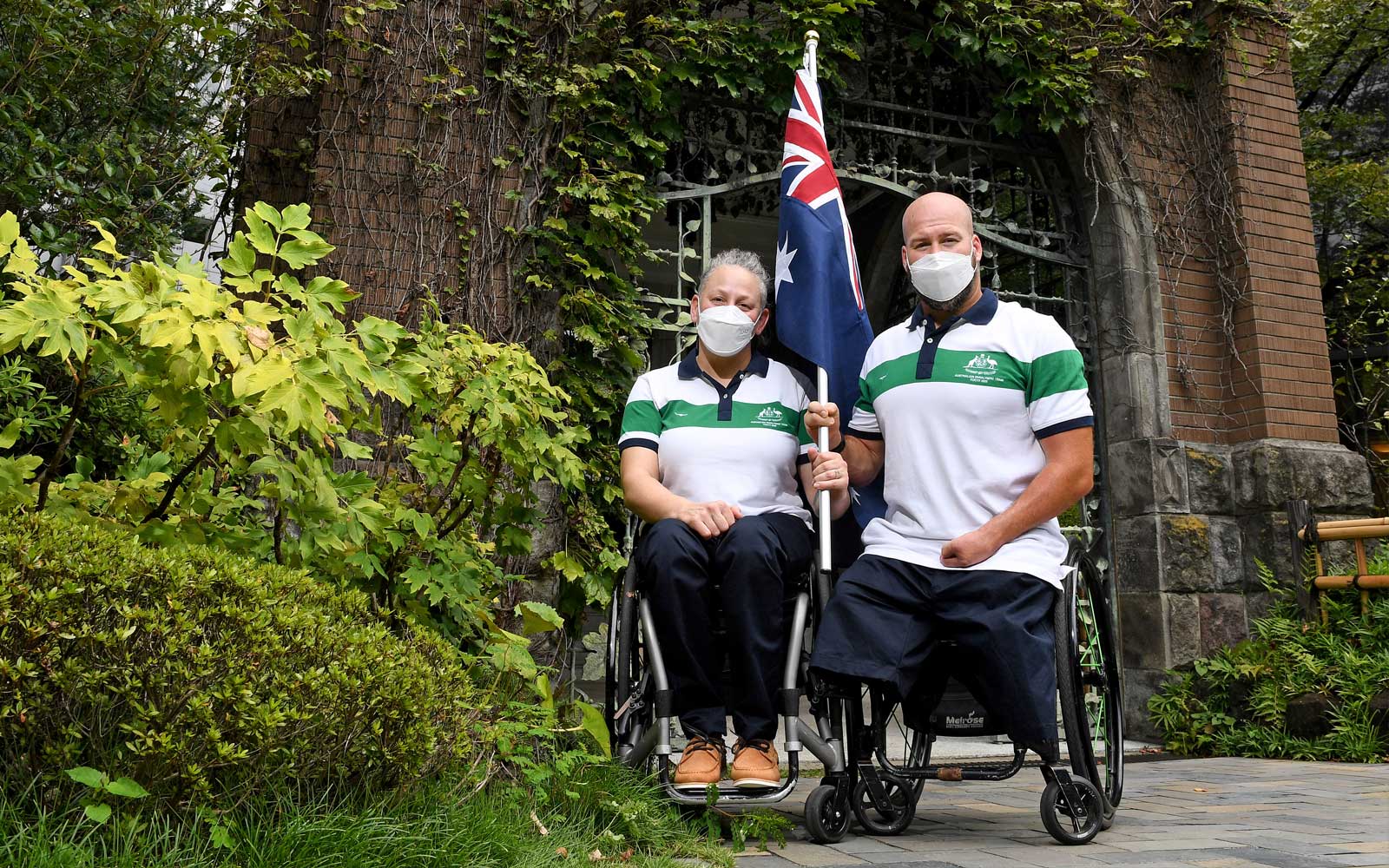 Seven-time Paralympian Danni Di Toro and dual wheelchair rugby gold medallist Ryley Batt will become the first pair to carry the Australian flag into the stadium at a Paralympic Games Opening Ceremony after the inspiring leaders were confirmed for the distinction by Australian Team Chef de Mission Kate McLoughlin today.

Di Toro and Batt will enter the National Stadium in Tokyo on Tuesday night representing Australia’s entire contingent of 179 Para-athletes, the rest of whom will be watching in unison at the Australian Team headquarters in the Paralympic Village.

“It’s incredibly humbling, especially when I think about the Paralympians before us who’ve had this honour,” Di Toro said. “To share it with Ryley, it’s a really special moment. We’ll be taking the flag into the stadium with the Team behind us in spirit.”

Di Toro, a former world No.1 wheelchair tennis player, began her Paralympic career at the 1996 Atlanta Games. She won a silver medal at Sydney 2000 and a bronze medal at Athens 2004. In 2016, she secured selection as part of the Australian Para-table tennis team. She is highly respected within Australia’s Paralympic movement for her honesty and passion.

“When I first got told, to be honest, there were tears,” she said. “When people see and appreciate what you do, how much you care and how fiercely passionate you are, it’s really quite emotional and overwhelming.

“I feel like there are so many people in our Team that this honor could have been bestowed upon. That it’s Ryley and I is a bit mind blowing for me. I feel incredible gratitude.”

Like Di Toro, Batt is revered across Australia’s Paralympic community. He first competed for the Steelers, Australia’s popular wheelchair rugby team, at the Athens Paralympics as a 15-year-old and was a member of the team that won silver at Beijing 2008. By the 2012 London Games he had become one of the world’s best players and guided the Steelers to their first gold medal, which they backed up at Rio 2016.

“It’s an extreme honour and I’m super proud to share this moment with Danni at a special Paralympic Games,” Batt said. “The world’s going through a lot of negativity at the moment, but this is a hugely positive thing for Australia.
“Danni and I are just being ourselves and bringing this mob together. There’s so many different sports in our Team and people who don’t see each other across the four-year cycle – five years this time – so we’re just being our friendly selves, making sure everyone communicates.

“I think that’s how we live. We don’t have to try to be leaders. I think it’s just a natural thing for us to be friendly with everyone and help create this massive sense of community within the Australian Team.”

McLoughlin said she chose Di Toro and Batt because they had “been the rock” for the Australian Team throughout the Covid pandemic and all the implications it had for the nation’s elite Para-athletes.

“Given what we’ve all gone through over the past 12 months, I could not pick more deserving, more supportive athletes who have been there for each and every one of this Team,” McLoughlin said.

“I’m probably not even aware of a lot of the great things they’ve done. They’ve led the Team publicly but behind the scenes I think there’s a huge amount of work they’ve done that has gone unnoticed, such as setting up representative groups within each sport to make sure that athletes’ voices are heard, being a sounding board from a welfare perspective… They do so much more than what normal captains would do.

“I think every member of this athlete cohort knows how special these two are.”