Para-ice hockey on the up as sledges arrive in Australia 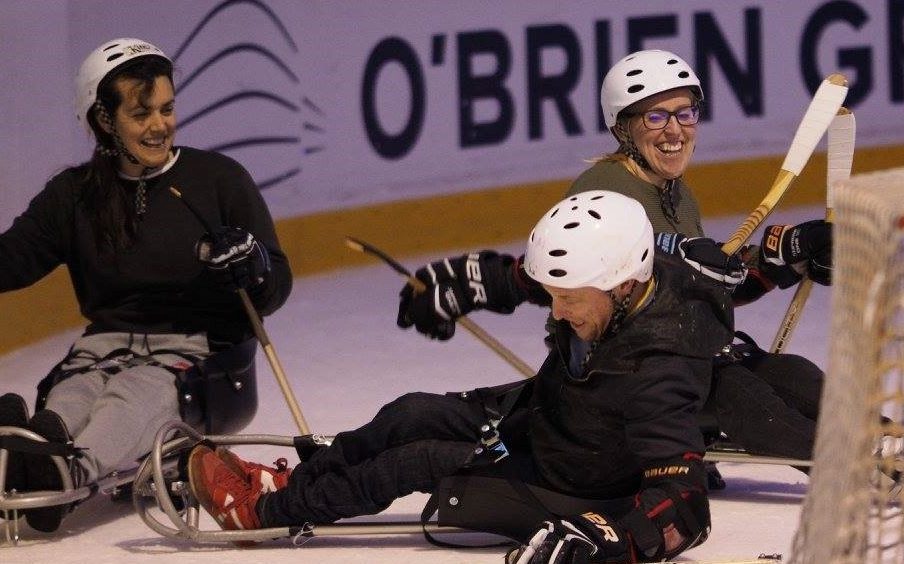 Australia could soon be chasing Paralympic glory in the sport of Para-ice hockey after receiving a grant to purchase equipment as part of the Agitos Foundation’s Equipment Grant Program, in collaboration with World Para-ice Hockey.

The equipment, which includes 21 Para-ice hockey sledges and sticks, as well as telescoping noses and picks, is in the process of being distributed by the Australian Paralympic Committee (APC) to Ice Sports Victoria and the Western Australian Inclusive Ice Skating Club, after arriving in Melbourne recently.

“The hope is that this equipment will be a catalyst for the development of a Para-ice hockey program in Australia,” said Tim Matthews, Performance Talent and Para-sport Manager at the APC.

“The Australian Paralympic Committee is very grateful to receive this support, and we’re now really excited to help grow Para-ice hockey here – and highlight why it is one of the most popular sports at the Winter Paralympic Games.

“I think, particularly when specialised equipment is required and not readily available in Australia without support, the reality is that the sport couldn’t launch here in a sustainable way without this program.”

Matthews, as a representative of the APC, applied to World Para-ice Hockey to be involved in and benefit from the support of the Equipment Grant Program.

“As one of four countries to be chosen to receive the €12,500 grant [approximately $18,000], the Australian Paralympic Committee will work with Ice Hockey Australia to develop a deep pool of players, from which regular training and other programs can evolve.”

“Ice Hockey Australia has over 5,000 registered members, and with our experience and enthusiasm in running ice hockey, we believe we can really help Para-ice hockey to get going and to become a serious winter sport in Australia.

“We love the game and want to assist and contribute to its success,” he said.

The Equipment Grant Program follows the launch of Actualising the Dream, a PyeongChang 2018 Paralympic Games legacy project developed by the PyeongChang Organising Committee for the 2018 Olympic and Paralympic Games in coordination with the Agitos Foundation – a development arm of the International Paralympic Committee.

As part of this project, long-time captain of the Australian women’s ice hockey team, Shona Powell, has been invited to upskill at a Para-ice hockey development camp in Chuncheon, South Korea, on 12-14 October.

Powell is a coach at O’Brien Group Arena in Melbourne, VIC, one of the venues to benefit from the Equipment Program.