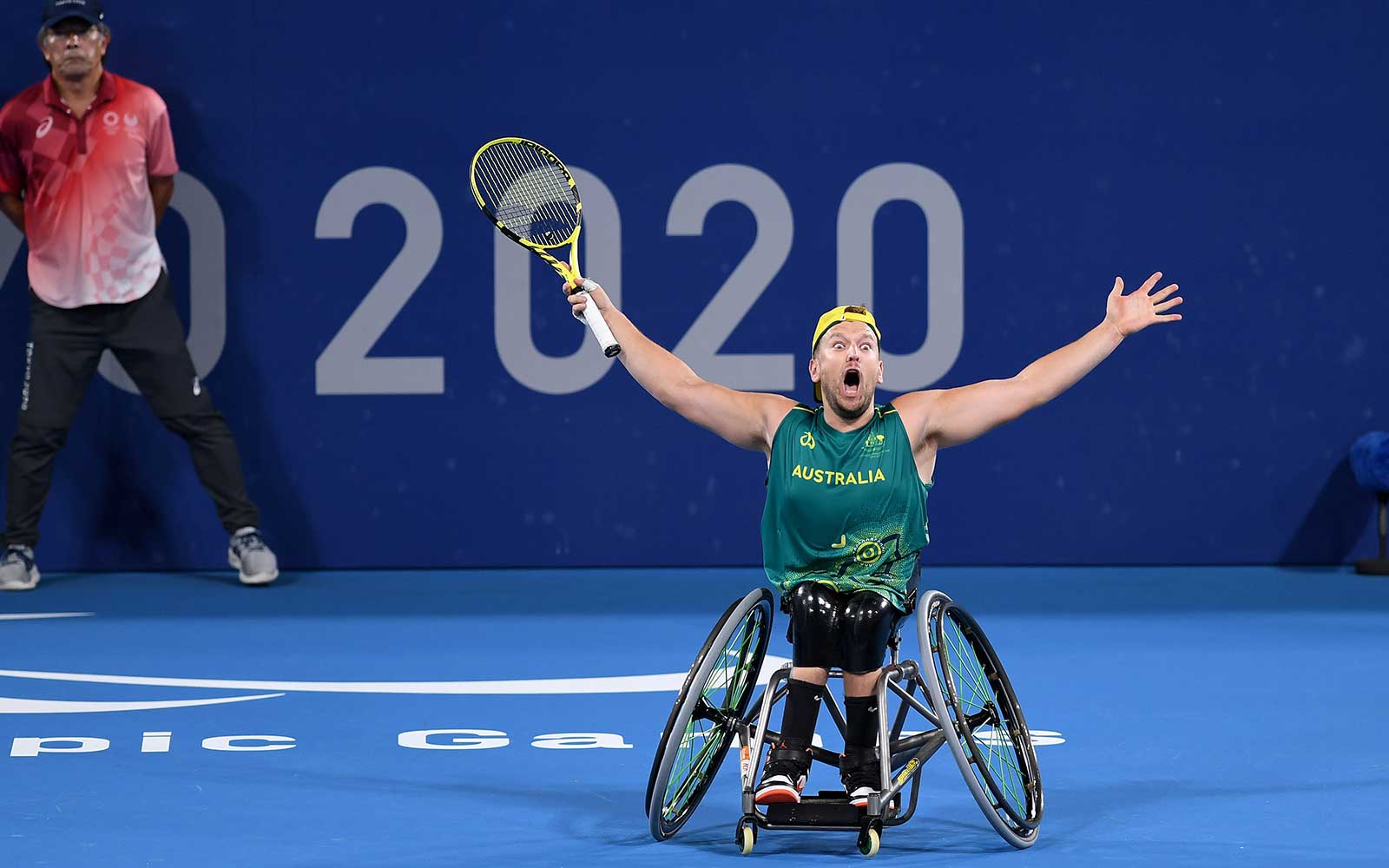 Three Australian Paralympic legends had a magical experience on the penultimate day of the Tokyo 2020 Paralympic Games on Saturday.

Curtis McGrath, the former army combat engineer who lost his legs in a mine explosion in Afghanistan, achieved exactly what he set out to at these Games, backing up his title defence in the KL2 with victory in the Va’a VL3.

About the same time, wheelchair tennis star Dylan Alcott signed off his Paralympic career with an emotional victory in the quad singles, defeating Ned Schroder of the Netherlands in straight sets.

The gold medals were complemented by the news that Australian Team Chef de Mission Kate McLoughlin had chosen swimming great Ellie Cole to carry the national flag into the stadium at the Closing Ceremony on Sunday night.

Janine Watson now has not only the honour of being Australia’s first Para-taekwondo representative, she also is the nation’s first medallist, after claiming bronze in the K44 +58kg class.

On the final day of Para-athletics, James Turner won silver in the 100m T36, Nicholas Hum celebrated the birth of his daughter five days ago with a bronze in the long jump T20 and Deon Kenzie took bronze in the 1500m T38.

The Rollers men’s wheelchair basketball team signed off from Tokyo in style, scoring a 74-58 win over Turkey to ensure fifth place.