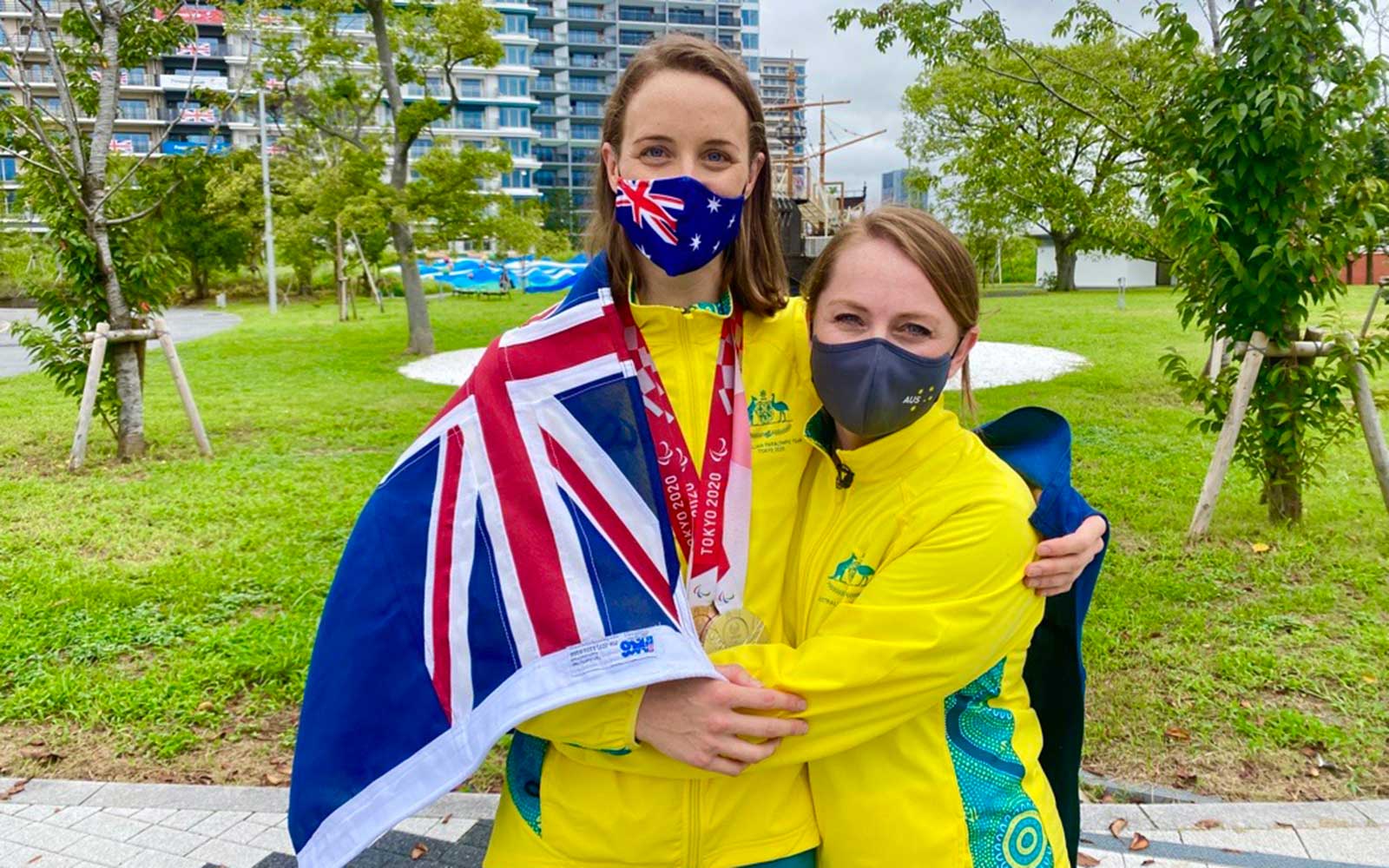 Four-time Paralympian and winner of 17 Paralympic swimming medals Ellie Cole has been named Australia’s flagbearer for the Tokyo 2020 Closing Ceremony.

Australian Paralympic Team Chef de Mission Kate McLoughlin conferred the honour on Cole, who has said these Games would be her last.

The 29-year-old won a silver medal and a bronze medal in Tokyo, taking her career haul past the 16 won by swimmer Priya Cooper and making Cole Australia’s most decorated female Paralympian.

“To be able to say my final farewell to our Paralympic team by representing them in what I consider to be one of the highest honours bestowed upon an athlete, it really is an honour. I’m honestly speechless,” Cole said.

“When all of the athletes were going through the beginning of COVID and the last 18 months together, there were some really tough times for our Paralympic athletes. I think one of the biggest things was ‘the Mob’ culture and mentality. It doesn’t matter if you’re from swimming, cycling or boccia, we were all the phone to each other, we were all supporting each other through all of the highs and lows.

“Coming to this Games in Toyko, it was such a unique experience because we were already celebrating before the Games even began. We were celebrating just being here with each other and finally getting here. It’s been wonderful to share that celebration throughout the last two weeks with such a special team.”

As an infant, Cole underwent chemotherapy to treat cancer. The chemotherapy didn’t work and her leg was amputated. She was introduced to swimming eight weeks later as part of her rehabilitation – even though the young Cole wanted instead to become a ballerina.

Cole started swimming competitively in 2003 and made her national debut at the 2006 IPC World Championships in South Africa, where she won a silver medal in the 100m backstroke.

She didn’t enjoy the pressure of racing but decided to train for one Paralympics.

At Beijing 2008, Cole won one silver and two bronze medals. Soon afterwards, she was awarded a scholarship to the Australian Institute of Sport, where she lived for three years.

London 2012, with four gold medals and two bronze, was Cole’s most prolific Games and it provided her favourite career moment, victory in the 4x100m medley relay.

McLoughlin said that while it was extremely difficult decision to choose among so many outstanding candidates, Cole’s contribution to the Paralympic movement in and out of the pool was worthy of such a honour.

“Ellie Cole is great Australian and a wonderful ambassador for the Paralympic movement in Australia,” McLoughlin said.

“Her achievements in the pool speak for themselves. But her contribution goes way beyond the many medals she’s won.

“Ellie has spoken passionately about the value of sport for people with an impairment and the importance of equal opportunities, as well as advocating for better recognition of our elite athletes.

“Her legacy and achievements make her a fantastic choice to carry our national flag into the stadium for the Closing Ceremony.”