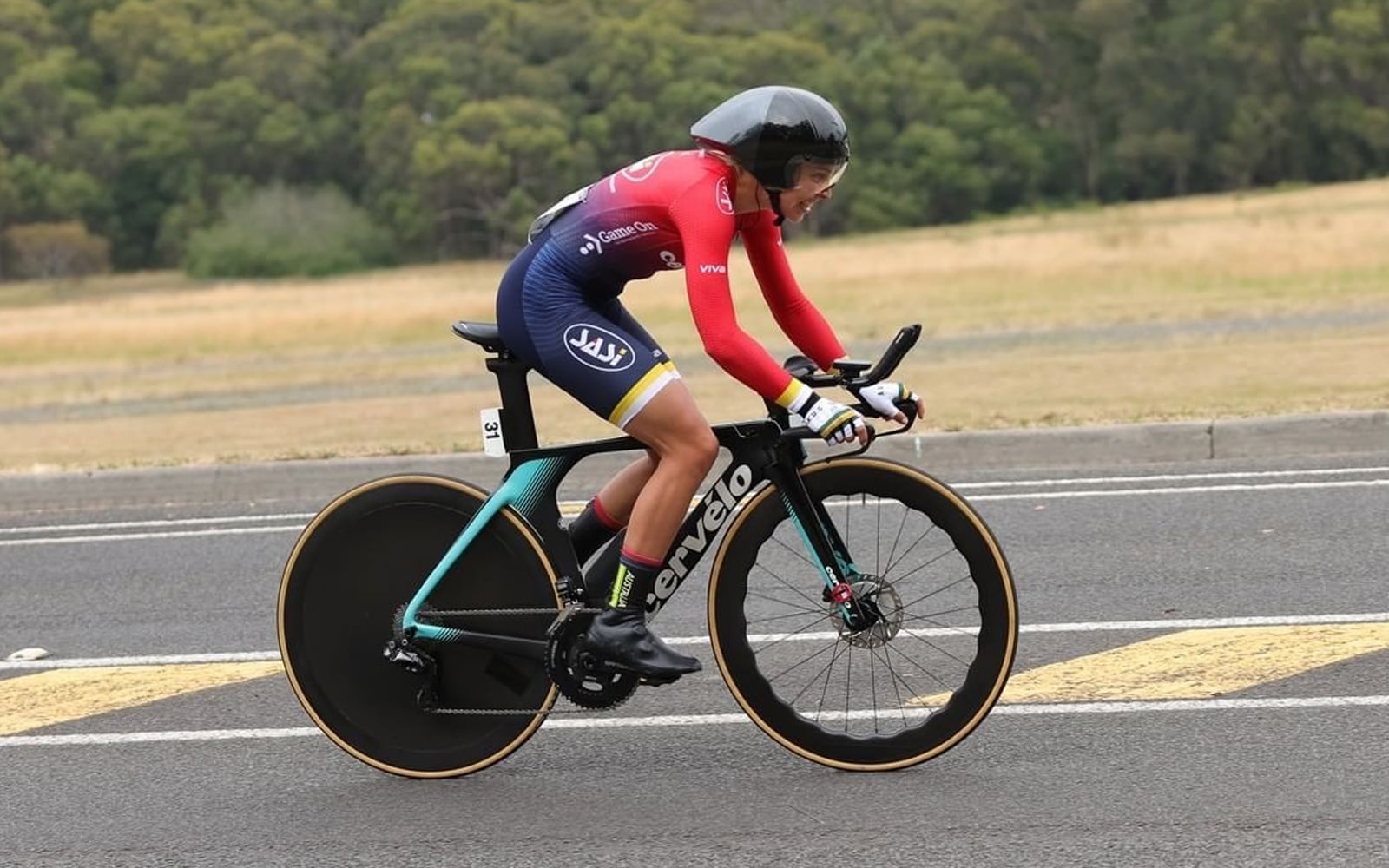 Paralympic Games representatives stamped their mark on the Road National Championships in Ballarat on the weekend, including Meg Lemon, who held off Paralympic gold medallist Emily Petricola in a tight finish to claim the women’s C4 classification.

Lemon, who took bronze in Tokyo in the Road Time Trial C4 behind silver medallist Petricola, was beaten by Petricola in the time trial on Wednesday but took first place in the road race on the 10.2 kilometre circuit at Mount Buninyong on Saturday.

“I went a little bit early in terms of attacking and went from the second lap, so I had a bit of work to do to keep the girls away,” Lemon said.

“I knew that they were a little way behind me but there was still a chance something could happen. It was pretty good when I had about a kilometre to go knowing that, hopefully, I had done the job.

“I didn’t think we’d be back here with everything going on, it was uncertain whether it was going to go ahead, but I do love road nationals and I’m always up for a challenge. I love this course so it’s really great to be able to come out here and race and finish off the job.”

Allen added gold to his time trial silver medal earlier in the week after the 2021 champion and Games road time trial gold medallist Darren Hicks was unable to finish.

Donate today: support the next generation of Australian Paralympians

Eleven of the Australian Paralympic Team’s 12-strong Para-cycling team raced at the Nationals, including Cooke, who made her return to cycling after suffering serious injuries in a heavy fall at the Games. The team won 13 medals in Tokyo, including four gold, four silver and five bronze.