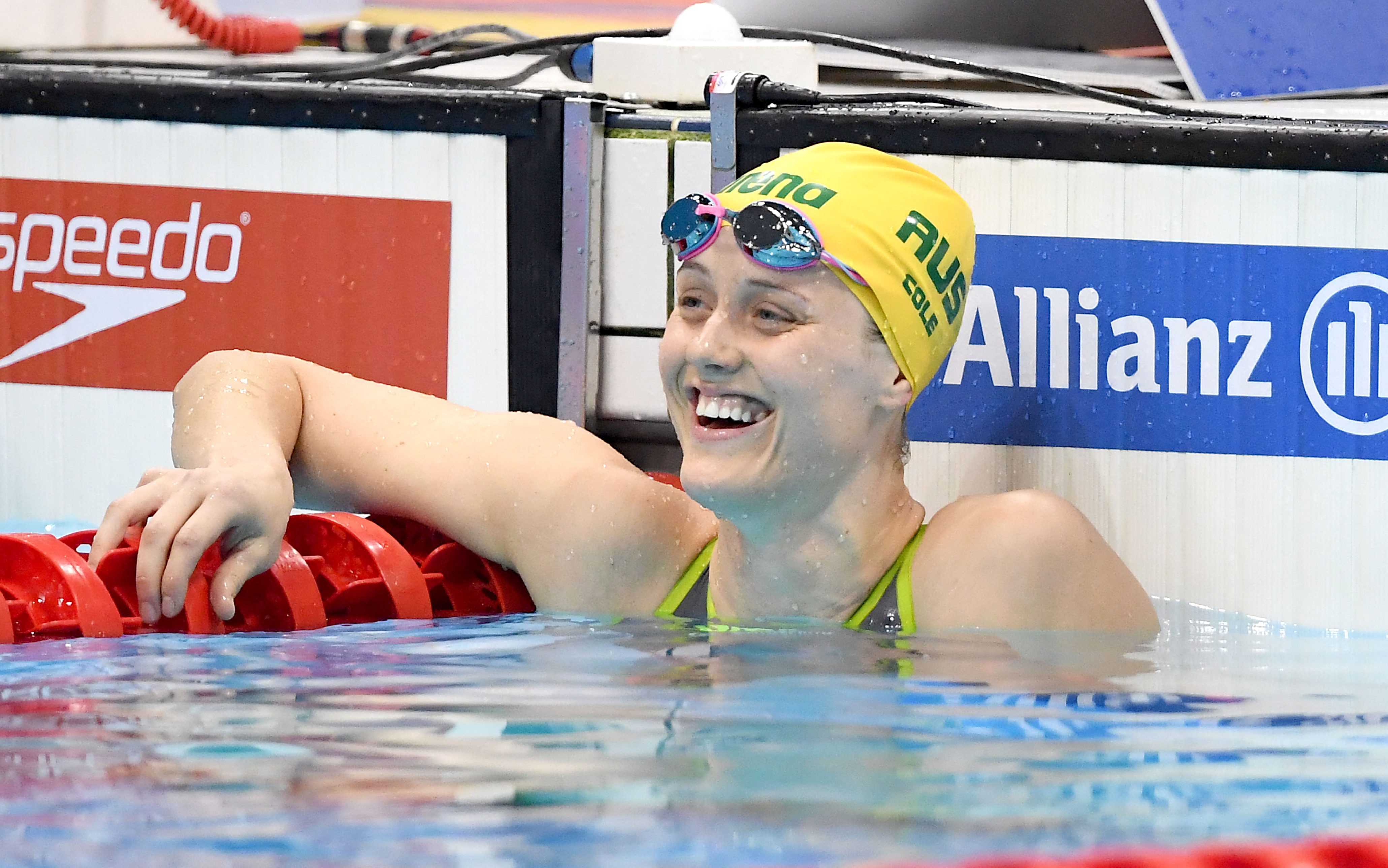 The Aussie Dolphins delivered a plethora of passionate performances on the second night of the 2019 World Para-swimming Championships, collecting four medals at the London Aquatics Centre on Tuesday evening.

After placing fourth in the women’s 100m freestyle S9 on night one, Ellie Cole secured her spot on the podium and her first medal of the meet in one of her favourite events, the women’s 100m backstroke S9. Hitting the wall in 1:10.42, the Paralympian – who won four gold medals at the same venue in 2012 – touched ahead of Elizabeth Smith (1:12.64) from the USA. New Zealand’s Sophie Pascoe received the gold in a new Championship record time of 1:07.49.

A jubilant Cole said a silver medal was a wonderful result and as good as gold to her.

“I just missed out on the podium yesterday, so to redeem myself is really wonderful,” Cole said. “I actually saw the cute little bears when you medal, so I’m really excited to get one of those for my niece.

“It was a very different approach to last night. I was so nervous last night, I was shaking on the blocks, so tonight was just all about going out there and having fun, which is what I usually race like, so I felt like my old self. Every time I get out the water and have fun like that, I always know why I love to swim – and that’s exactly why.”

Delighted with his accomplishment, Aungles said that this first medal is a testament to his commitment and the support team he has around him.

“It feels fantastic,” Aungles said. “There’s been a lot of hard work, especially from my whole team behind me.

“It’s been a different year this year and I’ve been lucky enough to have three different coaches, but they’ve all been right behind me. I’m really happy with the performance tonight.”

A stirring swim from Timothy Hodge in the men’s 100m backstroke S9 saw him claim bronze in a personal best time of 1:02.17. In an extremely tight finish, the 18-year-old willed himself to the line to take the final podium position by one one hundredth of a second ahead of his Russian counterpart, Bogdan Mozgovoi (1:02.18). Simone Barlaam from Italy took the gold in a world record time of 1:01.22, while Ugo Didier from France captured silver in 1:01.83. Fellow Dolphin Brenden Hall finished seventh overall in 1:05.78.

Hodge, who placed sixth in the same event at his first World Championships back in 2015, said feeling the burn at the back end of the race was all worth it.

“I feel really really pumped,” Hodge said. “It was a great swim, I’m really happy with it.

“It was a close finish – as close as anything – but I’m pretty sure my coach would be happy with it as well. That last 15m was a killer, I don’t think I’ve had a last 15m like it. It was hard, but I know I gave it my all.

“I went in with a goal to just do a PB [personal best], so to come out with a medal as well is just something extra. I’m really happy, it’s made my day.”

Rachael Watson secured Australia’s fourth medal of the night, leaving nothing in the tank to take bronze in the women’s 100m freestyle S4. Beating her qualifying time from the morning’s heats, the 2016 Paralympian clocked 1:33.90 to secure her place on the podium.

In his first time pulling on the green and gold cap, and with his mum cheering in the stands, Dolphins rookie Col Pearse wiped two seconds off his personal best in the men’s 200m individual medley SM10. Competing in his debut final at a World Championships, his time of 2:17.90 saw him place a highly commendable sixth overall, with teammate Rick Pendleton narrowly behind in seventh (2:18.59).

In the women’s 200m individual medley SM10, Jasmine Greenwood and Keira Stephens both performed exceptionally well, recording personal best times to place fourth and sixth respectively. Greenwood battled for bronze for the majority of the race and ended up hitting the wall in 2:30.76, while Stephens smashed her personal best by nearly six seconds, posting 2:39.05.

Australia had three representatives in the women’s 100m backstroke S14, with Taylor Corry, Jamie-Lee Getson and Madeleine McTernan all making the final showdown – displaying the Dolphins’ depth in the field. McTernan finished fifth in 1:11.37, while Getson touched just behind for sixth in 1:11.81, and Corry placed eighth in 1:12.57.

Experienced campaigner Matt Levy represented the green and gold with pride, fighting hard in the men’s 400m freestyle S7. Posting a time of 4:48.82, Levy broke the current Oceanian record, which had been held by New Zealand’s Dean Booth since 2000, and placed sixth overall.

After the second night of the competition, Australia sits 17th on the medal table with four silver and three bronze.