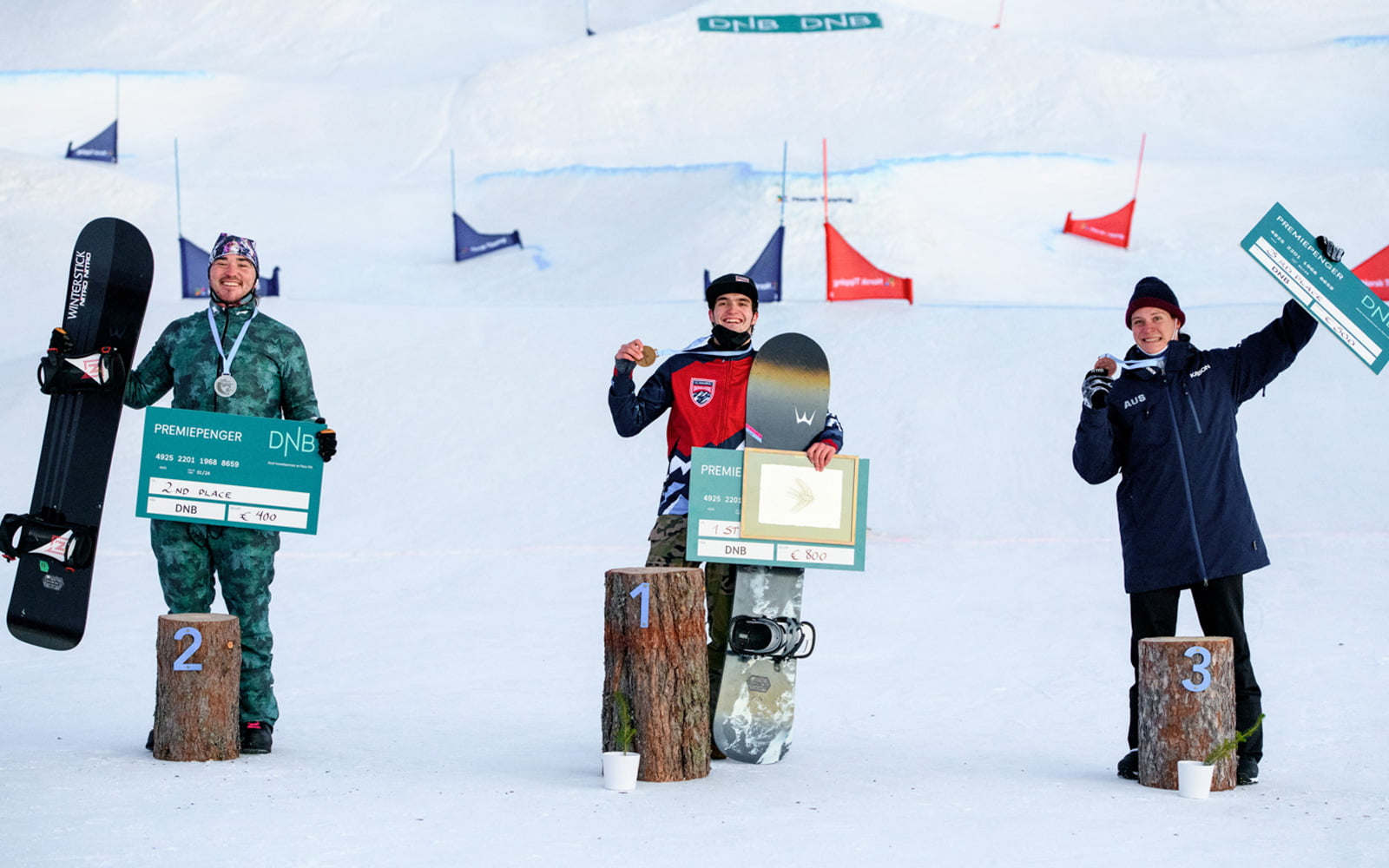 The bronze medal will be a good confidence booster for Tudhope, who has his sights firmly set on the Beijing 2022 Paralympic Games in just under 50 days time.

The 22-year-old placed 7th in the event at the PyeongChang 2018 Winter Paralympics, but this week marked the first time the Dual Banked Slalom was included in the World Championships programme.

Tudhope said he was stoked to podium in the event, after just getting the advantage over Great Britain’s Ollie Hill for a spot on the podium by +1.08 seconds in the Small Final.

“I think to get on the podium at the World Championships is an amazing achievement and I am honored to be able to represent my country and the team and everyone here,” Tudhope said.

After ranking first in Friday’s qualifications, Tudhope said he was feeling great heading into Saturday’s racing, but the conditions provided a challenge for all riders.

“I was feeling really good about the race in the morning, but it was definitely difficult racing today, conditions were not in favour of any of the riders and the course was absolute concrete,” he said.

“I stuck to my great game plan going in, I took three training laps and really got to know the course and how to ride it for the rest of the day.

“I just had a little mistake in my semi-final and that cost me that race, but that’s what happens in racing and there’s nothing you can do, so I just went straight back to my game plan and what was up next and that was the third place race – the small final.

“I kept my routine and knew that if I stayed on my feet and rode cleanly I could pick up that bronze medal and that’s what I did at the end of the day, so I’m really happy and now ready for Boardercross next week, which is super exciting.”

USA’s Zach Miller took home the gold in the event ahead of Alex Massie from Canada in the Big Final.

Tudhope will now turn his attention to the Men’s Snowboard Cross, kicking off on Thursday 20 January.

Around 850 athletes from 42 nations will compete in 87 medal events in Lillehammer over 10 days.

This is the first time the World Championships of all Para-snow sports has taken place at the same time in the same host city. Initially scheduled to take place in February last year, the Worlds was postponed due to the coronavirus pandemic, but has kept the same name, making Lillehammer 2021 the biggest Para-sport event to take place in Norway since the 1994 Paralympic Winter Games.

Tudhope said the atmosphere in Lillehammer is similar to a Paralympics, and provides a great test run before the big show in less than 50 days time.

“This is the first World Championships in Para-snow sports history where all disciplines of alpine, snowboard and cross country are together, which to me is a massive progressive step. It raises the stakes with everyone here and the atmosphere around feels like an even bigger competition or another Paralympics!

“In the current state the world is in I’m never disappointed about the scaling back of crowds and ceremonies at World Champs and other events, instead I feel so lucky that the events are still running smoothly and not being canceled,” he said.

“We have a job to compete and I’m happy we can still do that! Lillehammer and the organisers have put together an unreal event, very safe and professional with some of the biggest and best courses I’ve ever seen.”

Fans can watch all the action live on the International Paralympic Committee’s YouTube channel.