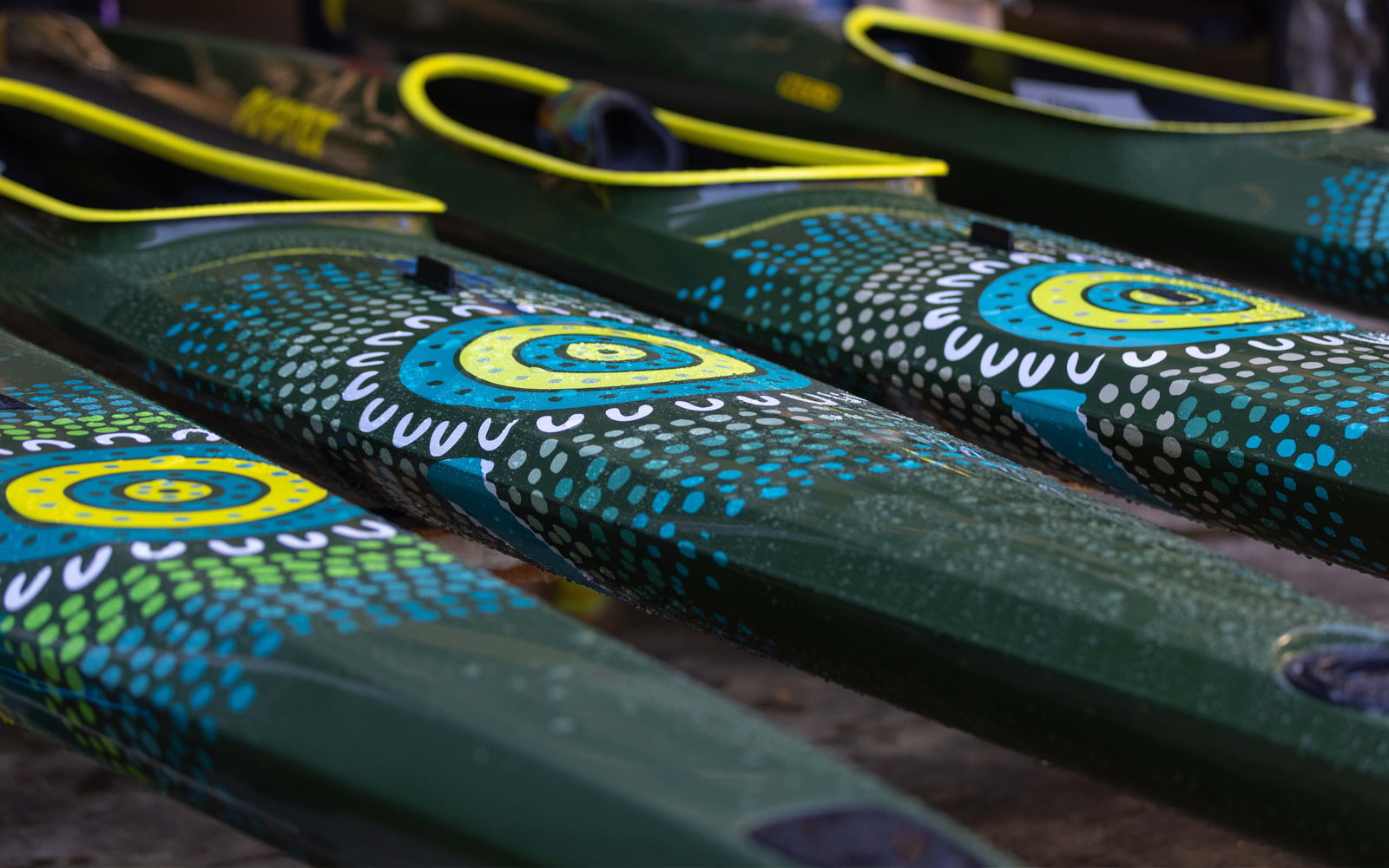 A poignant Indigenous artwork featured on the Australian Paralympic Team’s uniforms for the Tokyo Games has been stunningly incorporated onto the boats of our Para-canoeists after a special request was made by the squad.

The artwork by Rheanna Lotter, titled ‘The Journey’, will be in the Para-canoeists’ view as they paddle for Australia on the course at Sea Forest Waterway on Tokyo Bay during the second week of the Games.

Team members Curtis McGrath, AJ Jennings, Susan Seipel and Dylan Littlehales agreed to ask for the design to be printed on their kayaks and were thrilled with the outcome.

“It’s really special to have this Indigenous design, an Indigenous representation, as part of our Team,” said McGrath, the reigning Paralympic gold medallist in the KL2 classification and a 10-time World Champion.

“In the Paralympic squad we don’t have many Indigenous athletes. So, to incorporate some part of Australian culture in our squad is really cool. Everything that’s said about the uniforms can be said about our boats. To have that, to be called ‘The Journey’, is really special because it has been quite a journey for everyone over the last 18 months.”

Lotter’s artwork consists of circles representing Australia’s eight states and territories and tracks between them indicating the interconnectedness of the athletes, despite coming from different places and backgrounds.

Boomerangs are scattered through the pattern to highlight the challenges athletes have faced as they headed towards the Games and their determination and competitive spirit.

“The boats are a plain design, plain green with a yellow nose. But then we’ve got his really cool artwork incorporated into it now. It shows that we’re a really collaborative Team,” McGrath said.

“Our squad, the four of us, all had our ideas. One of us suggested that we try and include the design in some way, shape or form. We engaged a few people to help us out. Ultimately we just sent the design off to the boat builders and asked if they could incorporate it.

“We’re all really stoked to have the boats come out looking great. It’s awesome to be representing that design while we’re racing in Tokyo.”