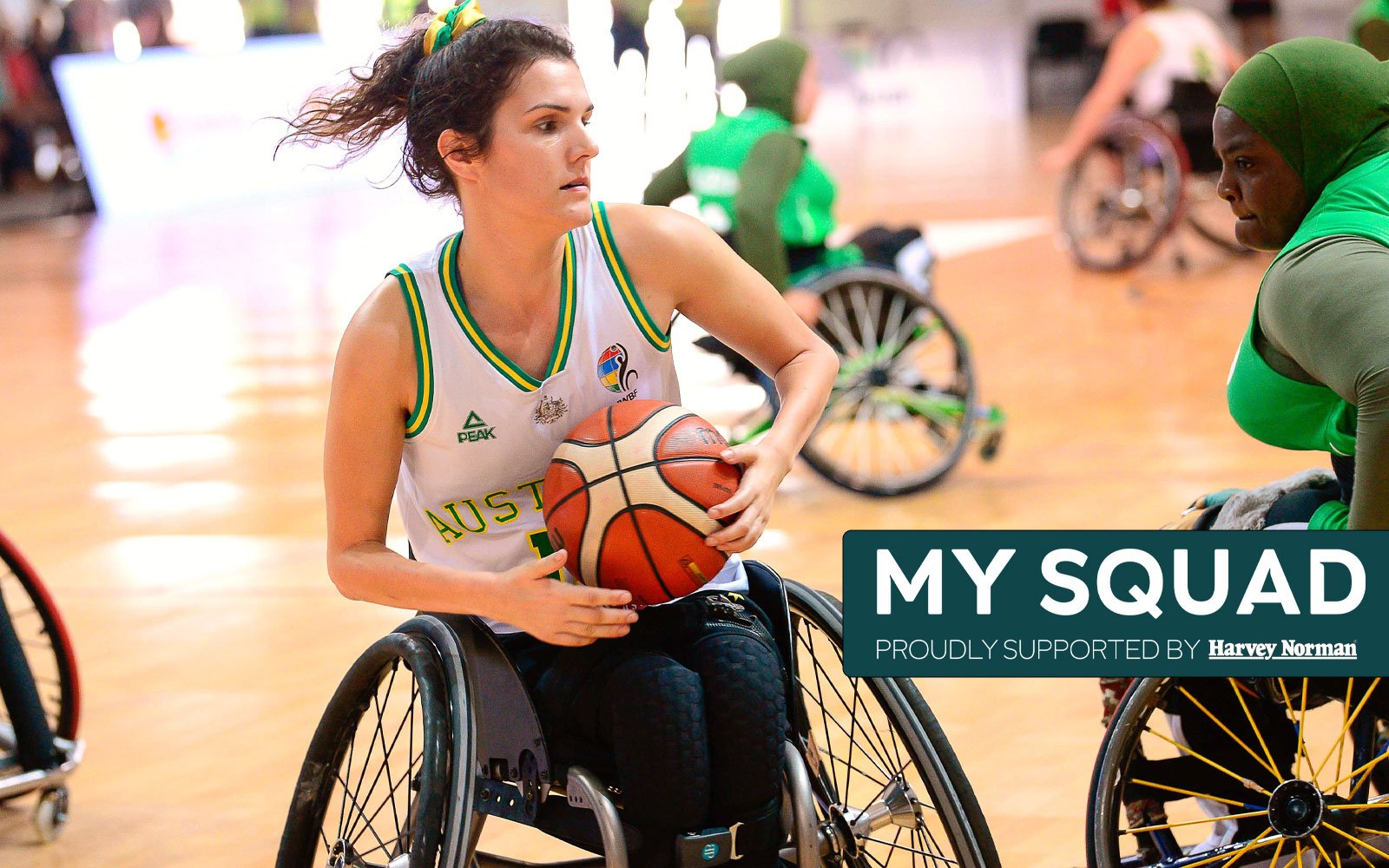 The wedding bells will be ringing loudly at the official union of Ella Sabljak and Matt McShane next year – especially if Australia’s wheelchair basketball teams do well at the Tokyo Paralympics.

School teacher and Gliders player Sabljak paid tribute to her network of loved ones and supporters in the latest edition of My Squad, including her mother Nikki and close friend Jess Pedersen. But only her fiance, Rollers player McShane, truly knows what Sabljak faces in the lead up to Tokyo and once the competition begins.

“Matt has been to a Paralympic Games, he knows what it takes and we’ve just got to work together,” Sabljak said.

“Hopefully our plan works and we’re super successful in Tokyo.”

“We understand what each other’s going through,” he said. “She brings me up when I need a hand and vice versa.

“She’s got a good demeanour, a good personality and a good leadership style without even realising it, probably. I think that translates to basketball really well.

“The passion that she has on the court, she shows in the classroom,” she said.

“She wants to give her pupils the best that she can give them.

“I’m just really proud of the fact that she’s grown up to have such passion as a teacher and in the sport that she loves. She’s such a determined person. She never misses. She gives 110 percent all the time.”

That approach will be key for the Gliders, whose most recent medal was a silver at London in 2012. For Sabljak, who is part of an initial 20-person squad vying for final selection, the journey began as a member of the national junior team, the Devils, a decade ago before making her senior debut at the Osaka Cup in Japan in 2013. In the years since, she’s established herself as a regular pick in the national team.

“It’s very surreal to think that Ella is someone that so many people look up to,” Pedersen said of her good friend.

“Little kids in wheelchairs come up to her and say, ‘Oh my God, you’re Ella Sabljak. You play for Australia’ and, to me, that is so inspiring.”

My Squad is proudly supported by Harvey Norman: