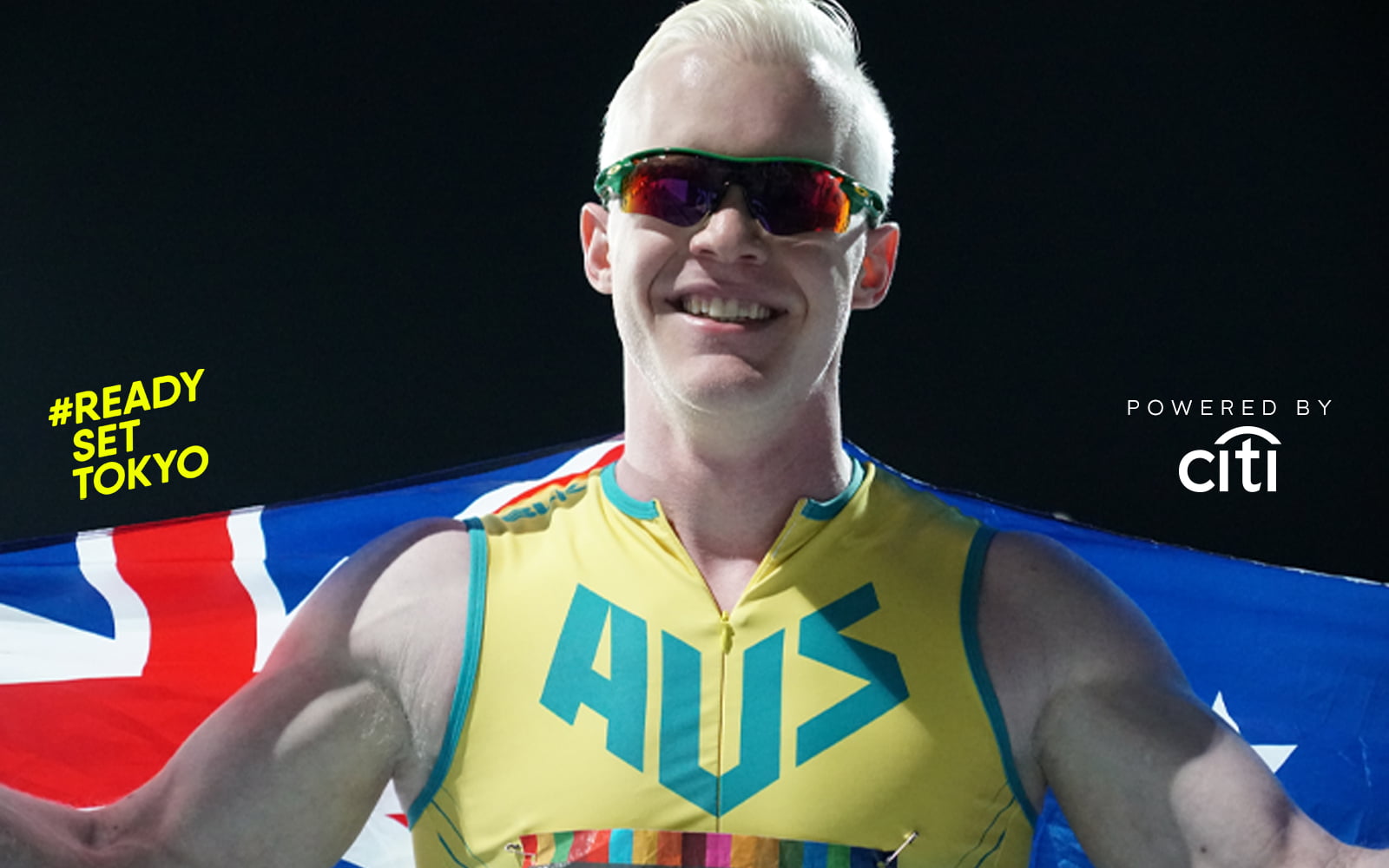 Inspiring his community, not individual ambition, will be the driving force behind Chad Perris in the 100m starting blocks at the Tokyo 2020 Paralympic Games.

The track and field star was selected for his second Paralympic Games on April 17 and is hoping to secure an elusive gold medal in the men’s 100m T13.

Having won a silver and bronze medal in the 100m at the 2019 and 2017 World Championships respectively, after winning bronze in his Paralympic Games debut in 2016, Perris says he is now in the best shape of his career.

But the objective of his Tokyo campaign goes far beyond chasing medals.

Born with albinism, the 29-year-old West Australian says one of the greatest joys of competing at a Paralympic level is sharing his experiences and his incredible ability with a massive audience, including the estimated 17,000 Australians living with albinism.

“It’s really special. For me, having albinism and a vision-impairment, I’ve got a lot of people in the community that are going to be watching the Paralympic Games just to watch me race,” Perris, nicknamed the White Tiger, said.

“They want to be able to see what somebody with albinism can do. I think that is an awesome thing about the Paralympics, there are so many different people with disabilities out there and they are very well represented at the Paralympics.

“During the Paralympic Games, there might be someone who only tunes in for five minutes to watch a race, but for some people, that will make their day, their week and their year and they’ll be super excited.

“I always really enjoy going out there and knowing that I have a big community of people behind me, watching me and supporting me. No matter what performance I put out on the track, they’re always going to be there and cheering me on.

“So I’m really looking forward to going out there and competing not only for myself, but the community around me.”

Perris’ personal best time over 100m (10.83 seconds) was set in the 2016 Paralympic final. Time will tell whether his sport’s biggest stage will again bring out his best in Tokyo.