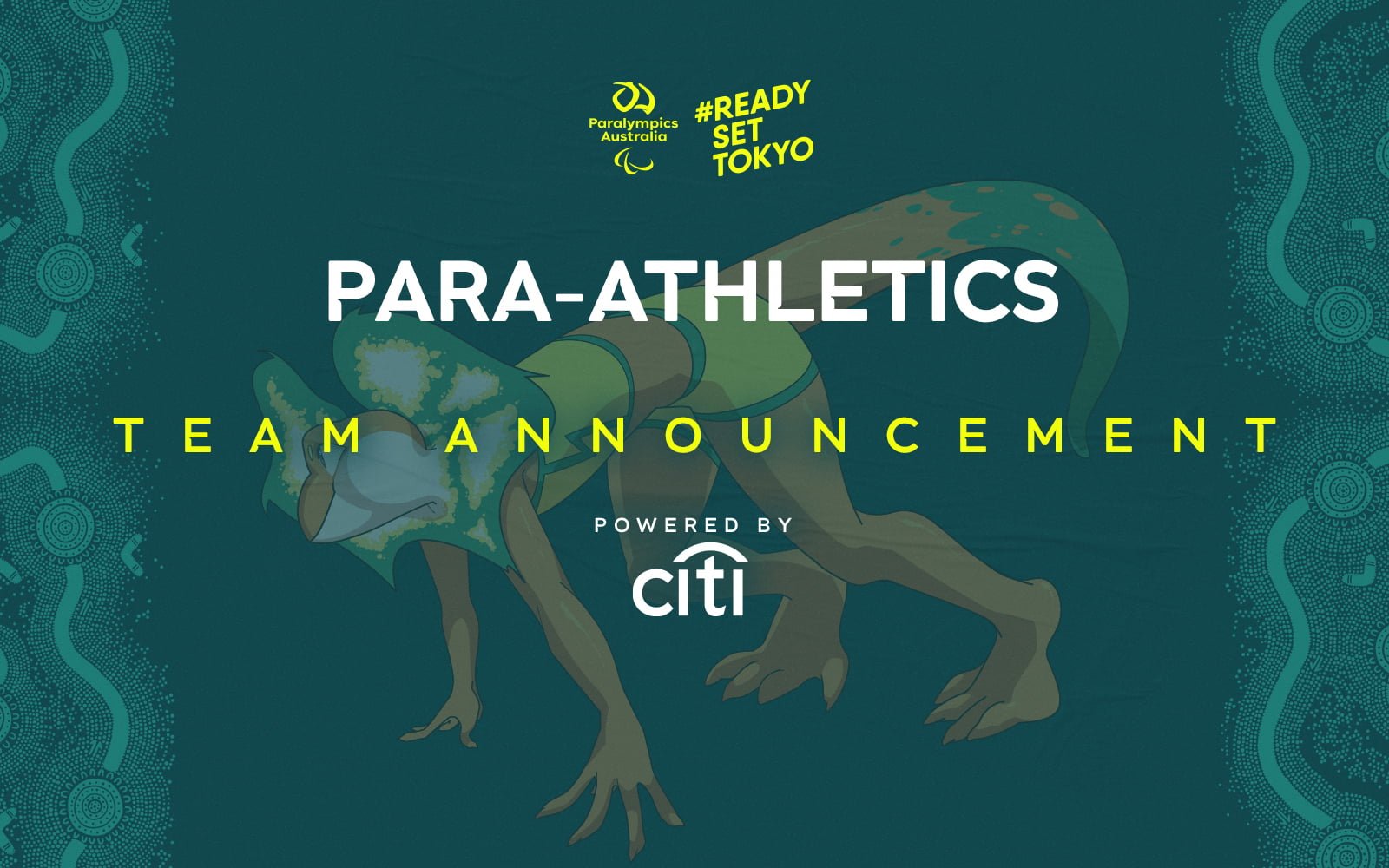 The Australian Paralympic Athletics Team has been bolstered by two exciting stars after James Turner and Chad Perris earned their boarding passes to the Tokyo Games in August.

Paralympics Australia today confirmed the selection of Turner and Perris, who met the automatic nomination criteria ahead of the Australian Track and Field Championships this week in Sydney.

The AIS-based duo, coached by Iryna Dvoskina, both acknowledged a sense of relief that their qualification journey was complete and excitement that their sole focus can now turn to Tokyo.

“I’ve never been selected this early for an Australian team before. After nationals, I’m always in the last rollout of selections so it’s pretty cool to be able to say to people that I am already on the team and going to the Games and not have to explain the selection process to everybody,” Perris said.

Turner added: “It’s nice to have selection in my pocket. It just means that I can keep working hard to perform at my best and give that all my focus.”

The pair has become accustomed to success at international level since their impressive Paralympic debuts during Rio 2016.

Perris, known as the White Tiger, blazed his way to a Paralympic bronze medal in the men’s 100m T13 final and has not missed the podium in the same event at the past two world championships, with bronze in 2017 and silver in 2019.

Turner’s status has boomed after he caused a sensation by shattering the 800m T36 world record on his way to winning Paralympic gold in 2016. His world championships appearances in 2017 and 2019 have seen him continually reign supreme in the T36 classification with gold medals over 100m, 200m, 400m and 800m.

“For Rio, I was an outside chance [for a gold medal]. I won’t be this time, but the goal is still the same. I’m going to Tokyo to perform at my best and to win. So my mindset hasn’t changed because I’m still fighting,” Turner said.

“I’m always fighting against really tough opposition and even though I’m the one that people have got a target on at the moment, everyone is doing their best to be the one in front.”

And with the added expectation that comes with being coached by the legendary Iryna Dvoskina, who has led her athletes to 29 Paralympic medals over a glittering career, both Perris and Turner are fully aware that their greatest challenges still lie ahead of them.

“Basically the last seven years, it’s been six days a week with Iryna, two training sessions a day and we’re on the phone on the days off,” Perris said.

“Iryna is awesome and she puts so much work in for me. I came off the track in Rio and as exciting as it was, the first thing she said to me was ‘your Games will be in Tokyo, this is just one step closer’.

“I’m just really excited to get out there and to show her and everyone else who has been on the journey what we can achieve together.”

RELATED: Get involved in Para-sport – find a Come & Try Day near you!

Kate McLoughlin, Chef de Mission of the 2020 Australian Paralympic Team, said she was very excited to see what Perris and Turner can deliver in Tokyo.

“I want to extend my congratulations to Jimmy and Chad on their Paralympic selection. It’s an outstanding achievement, particularly during what has been an uncertain and difficult journey to Tokyo so far,” McLoughlin said.

“The overall success of the Australian Paralympic Team will be reliant on strong performances from our Para-athletics team and I’m sure that Jimmy and Chad will be eager to make a valuable contribution.

“They have already proven themselves as wonderful ambassadors for Paralympic sport and I’m proud to be sharing another Paralympic Games experience with them.”