Glen Eyes Another Adventure at the Tokyo Paralympics 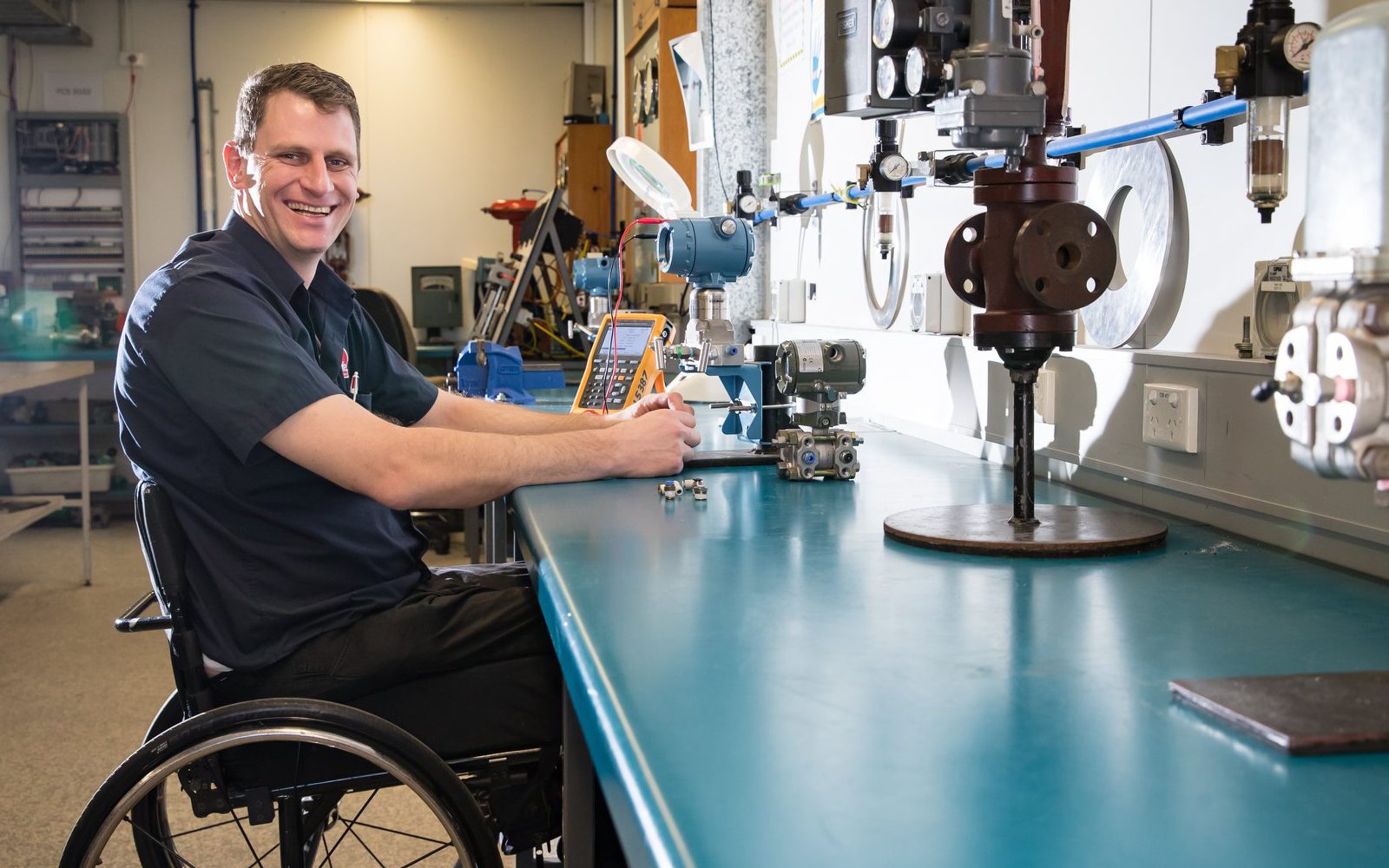 Fate and circumstance work in mysterious ways and are often intertwined.

As a young man growing up in Brisbane’s eastern suburbs, Glen McMurtrie loved the outdoor life swimming recreationally, playing AFL and contesting triathlons. Sport was a fun, amateurish  undertaking and he had no thought of elite representative honours.

His venturesome streak saw him travel and backpack across Europe and, like so many other Australians, he returned home with a wealth of memories but with no wealth remaining in his pocket.

With an electrical trade tucked away in his CV, McMurtrie’s adventurous streak saw him take up a position working in the Mt Isa Mines. It was the mining boom and hard work in Queensland’s west was offset with fearless play.

But on one fateful day in November 2009, McMurtrie and a mate were riding home 20km south of Mount Isa when he was suddenly thrown off his bike.

“They say you switch off the closer you get to home. That’s what 100 per cent happened to me,” said McMurtrie. “I hit a rock, landed head-first and fractured the T4 vertebrae in my back. It was my own fault. I was going too fast. That sent me on a life changing path.”

Three months in Brisbane’s Prince Alexandra Hospital seemed like an eternity, but McMurtrie preferred to look ahead instead of contemplating the rear vision mirror.

“There was a lot of time to reflect. Of course, you have your good and bad days, but I was adamant that I was still alive. I still have my head, I could still make decisions, I was responsible for how I feel, and I didn’t dwell on it,” he said.

“I got my (drivers) licence back when in hospital. All these things were manageable, plus I had a good network of family and friends,” he added.

Despite his life-changing accident, Mt Isa and its community held fond memories for McMurtrie.

The Mt Isa Border Ride cycling event, a 202km ride from Mt Isa to the Northern Territory border, is a local sporting highlight and McMurtrie was the charity beneficiary in 2010 when event proceeds funded a hand cycle for his use.

With his hand cycle stowed in his car in preparation for another Border Ride challenge in August 2014, McMurtrie was making the 20 hour drive from Brisbane to Mt Isa when fate stepped in once again.

To break up the drive, McMurtrie had booked a disabled access room in a Dalby hotel.

When he arrived, the hotel owners had mistakenly given McMurtrie’s room to another wheelchair-user man, Ashley Adams, a five-time Paralympic shooting athlete who was making the long drive from Brisbane Airport to his 26,000 ha cattle farm in Blackall, in western Queensland, after returning from competing in Germany just hours earlier.

“He beat me by 10 minutes and took the room,” said McMurtrie.

The pair started chatting and McMurtrie was quickly sucked into the vortex of Adams’ remarkable life as one of the world’s best para rifle athletes.

Adams showed an inquisitive McMurtrie his rifles and, before he knew it, a hooked McMurtrie wheeled out to his car to get a notepad and pen to jot down notes despite having never attended a shooting range despite living close to the Belmont Shooting Complex in Brisbane.

“He gave me a lifetime worth of advice on the night I met him. He even told me to put bullets in the microwave to remove the wax on them!,” recalled McMurtrie.

Encouraged by Adams’ enthusiasm and support, McMurtrie soon headed to the Belmont Shooting Complex for a rifle ‘Come and Try’ day and was quickly attracted by the sport.

Adams was competing on the same day and, soon after, McMurtrie agreed to buy one of Adams’ air rifles.

“That was my real start because I had my own rifle, I could adjust it and set it up how I want. It was a great rifle to start with,” he said.

“I eventually got some really good gear, got set up, and got right into it, and trained and was shooting some really respectable scores,” he added.

While shooting appeared simple on the outside, McMurtrie didn’t fully appreciate the mental side of the sport.

“It was all new and exciting and that’s where I thought, hang on a minute, there’s a lot more to this sport than having a nice rifle and shooting some good scores,” he said.

“The challenge is silencing all those voices. It’s getting into a good state and you know you’ve done everything to prepare and you follow and trust your processes. Just trust you are going to shoot good shots if you do what you are meant to be doing,” he added.

Within two years of the fateful meeting with Adams in Dalby, McMurtrie was heading to Bangkok alongside team-mates Natalie Smith, Anton Zapelli, Chris Pitt and Luke Cain as members of the Australian team.

“I could never imagine being an athlete representing my country. I always just did sport for fun,” he said.

More international competitions in Germany, Poland and the UAE followed in 2017 and he secured a silver medal in 2018 when teaming with Smith and Zapelli in the R3 10m Air Rifle prone team event at the World Shooting Para Sport Championship in Korea.

A bronze medal followed in February last year when he and Smith were paired in the inaugural Rifle Standing Mixed Team final at the World Shooting Para Sport World Cup in Al Ain.

Despite his teams medal successes, McMurtrie has yet to claim an individual podium finish.

“I’ve had five fifths!” he said with a laugh.

He is also striving to attend the Tokyo Paralympic Games next year after being a mere 0.1 point from clinching an Australian team spot.

McMurtrie was scheduled to travel to Peru last May in an attempt to seize the one last remaining 10m Air Rifle SH1 quota place, but the outbreak of COVID-19 saw this competition cancelled.

This competition has been re-scheduled for May next year, subject to health restrictions.

While he waits to contest for a Games quota, McMurtrie continues to train 3-4 days a week at the Belmont Range, while the Queensland Academy of Sport provides strength and conditioning programs.

Away from the sport, McMurtrie works as a Process Instrumentation and Control teacher at Eagle Farm TAFE and was recognised last year when named Metropolitan Region TAFE Teacher of the Year.

Like his students, McMurtrie is a fast learner when it comes to the world of target shooting and an Australian team berth at next year’s Paralympic Games would be the perfect outcome for a man who never dreamed of representing his country in sport.