Paralympians ready for Games qualifier one year out from Tokyo 2020 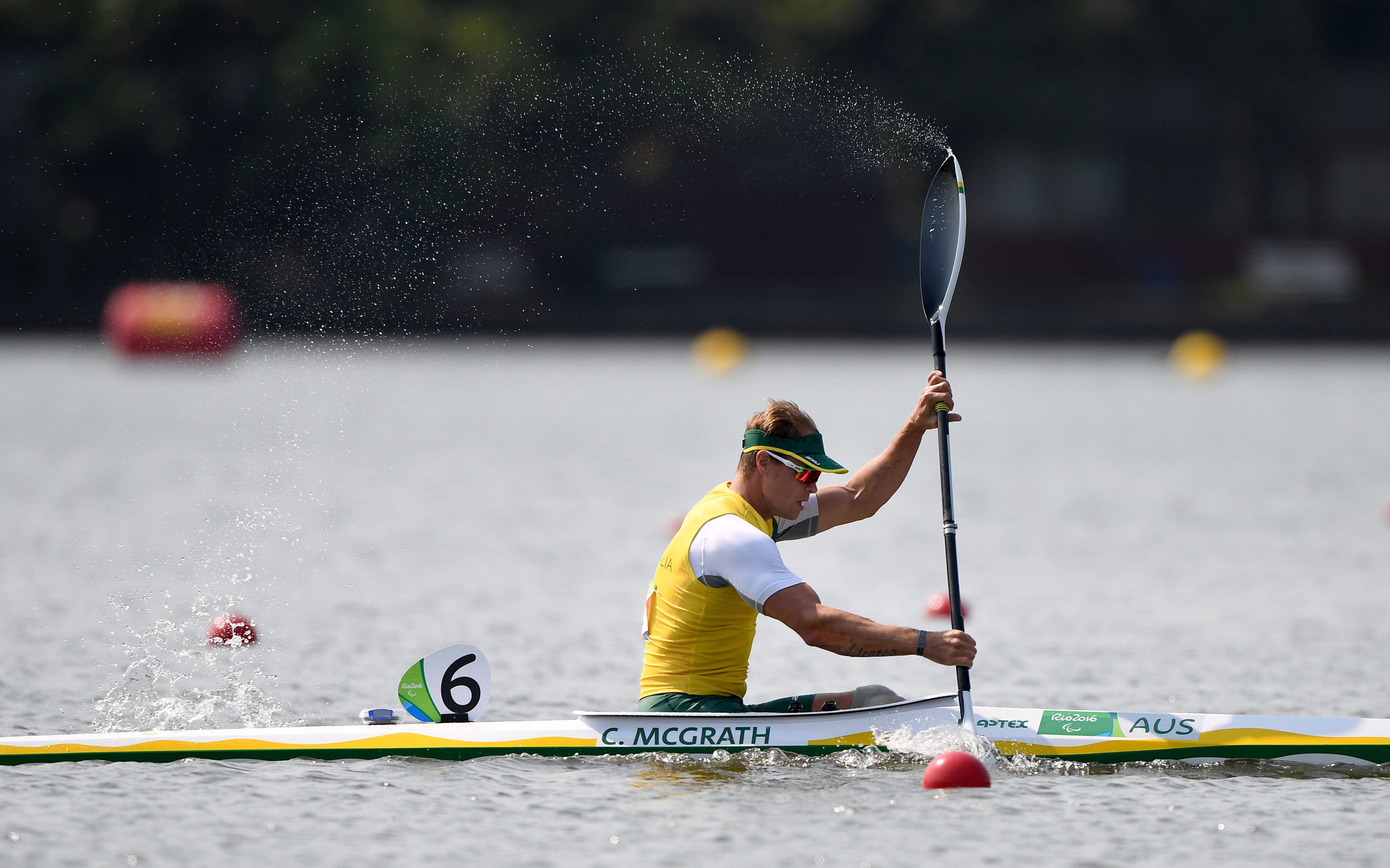 One year out from the Tokyo 2020 Paralympic Games, Australia’s best Para-canoe paddlers will be lining up to contest the 2019 International Canoe Federation (ICF) Para-canoe World Championships in Szeged, Hungary.

All four Australian Para-canoeists from the Rio 2016 Paralympic Games, Curt McGrath, AJ Reynolds, Susan Seipel and Dylan Littlehales, will be aiming to secure a podium spot at the World Championships, which also doubles as a qualification event for Tokyo 2020.

Paralympic champion and eight-time world champion McGrath took home double gold at last year’s World Championships in both the men’s kayak KL2 and men’s va’a VL3. He will be aiming to do the same this year and defend his world titles in both classes.

The World Championships, which will run from 21-24 August, coincide with Paralympics Australia’s celebrations of one year to go to Tokyo 2020 on 25 August.

“Tokyo will be one year away on the 25th of August, so it does make the World Champs a little more significant,” McGrath said. “Having that milestone is a great motivator to perform at Worlds and get Australia qualified for some spots in the Games.”

While McGrath took home the win in the men’s kayak KL2 in Rio, he will have the chance to go for two gold medals in Tokyo, with va’a events added to both the men’s and women’s program for the 2020 Paralympic Games.

“I am hoping to get two gold medals, but it is a year away and a lot can happen in one year, so we will see. I am just keen to compete and get some quota spots for Australia and then we can focus on the next 12 months as we lead into the 2020 Paralympic Games. It’s an exciting time ahead.”

McGrath and the team have been preparing at the Australian Institute of Sport’s European Training Centre in Italy over the last few weeks and are looking forward to the start of racing.

“Our preparations have been going well. The weather has been against us a little over the last week with storms and with wind making training challenging, but my body is feeling good and I have some good speed. Hopefully it is all enough when I start racing.”

The World Championships will be the first international competition for McGrath this year, with the 31-year old missing the 2019 ICF Canoe Sprint World Cup in Poznań, Poland, in May to focus on his wedding in June.

“The World Cup was very interesting for me. Being at home and watching the live feed was strange, but great to be able to cheer on the Aussie team from home. By not racing, I had some itchiness. I wanted to be there racing too. But back home I had a wedding, and focussing on some life events was a nice change.”

After watching the World Cup from afar, McGrath is expecting some hot racing in Szeged.

“There were some new faces in my races which should make for some great racing in Szeged. It is always hard to compare yourself to the international standard. Our sport doesn’t really allow it unless all the best paddlers are in the same location racing the same race, so again Szeged will be hotly contended.”

Like McGrath, Paralympic bronze medallist Seipel is also competing in two events and will have the chance to represent Australia at the Paralympic Games in both the women’s kayak KL2 and women’s va’a VL2.

“My main aim for Szeged is to qualify in both the KL2 and VL2 for the Tokyo 2020 Paralympics,” Seipel said. “And of course, I would also like to medal in both events. My classification has a very strong field with some of the fastest girls in the competition, and I expect Great Britain and Russia to be fighting for the podium in both the kayak and va’a events.”

“We have such a small Para team now, with only four athletes and each athlete in a different classification. Fortunately, this has enabled us to split up and train more as individuals. It is a luxury to have one-on-one coaching sessions and I think it has been extremely beneficial for me. I feel I have made some great progress working with our coach Shaun [Caven].

“My training in the gym has also been going really well and I feel the strongest I have ever been.”

Seipel also noted how valuable it had been for McGrath and Littlehales to train with the Australian able-bodied women’s kayak team.

“I think it is fantastic to see both Curt and Dylan training with the senior women’s squad,” Seipel said. “This integration of Para and able-bodied athletes doesn’t happen in a lot of sports, so it is something to admire and they are both flying because of it.

“Our team may be small but we are still one of the top nations. I expect everyone will do really well at Szeged, bring home some medals, and most importantly, secure Australia spots for Tokyo.”

Littlehales has seen a steep rise in his performance curve over the last couple of years, with the 19-year old winning World Cup bronze in the men’s kayak KL3 last year and placing fifth in the same event at the 2018 ICF Para-canoe World Championships in Montemor-o-Velho, Portugal.

He continues to be one of the most improved athletes on the Australian team, setting a new personal best and cracking the 40-seconds mark in the men’s kayak KL3 at the 2019 Canoe Sprint National Championships in Sydney, NSW. And after missing a medal at the World Cup in Poznań by just 0.07 seconds, he has his eyes set on the podium.

“I’m feeling faster than ever,” Littlehales said. “Every year I’m learning something new, which is a great experience.”

Paralympic silver medallist Reynolds finished last year’s World Championships with a silver medal despite a disrupted preparation due to an ongoing wrist injury, and like the rest of the squad, she made some big improvements this season.

While it is her second time around preparing for a Paralympic Games, Reynolds said that the excitement and pressure never wears off.

“Every race I do, I get nervous,” Reynolds said. “It doesn’t matter if it’s just a club meet or Nationals, there is that same anticipation. You put the shirt on and you perform, and you not only perform for yourself, but you are also performing for your country and your team, your club, so it goes all levels.”

Tokyo 2020 will mark the second time that Para-canoe has been included in the Paralympic program, after the sport premiered at Rio 2016. It has also been confirmed for the Paris 2024 Paralympic Games.

View the results here. The livestream can be accessed via the ICF’s website.