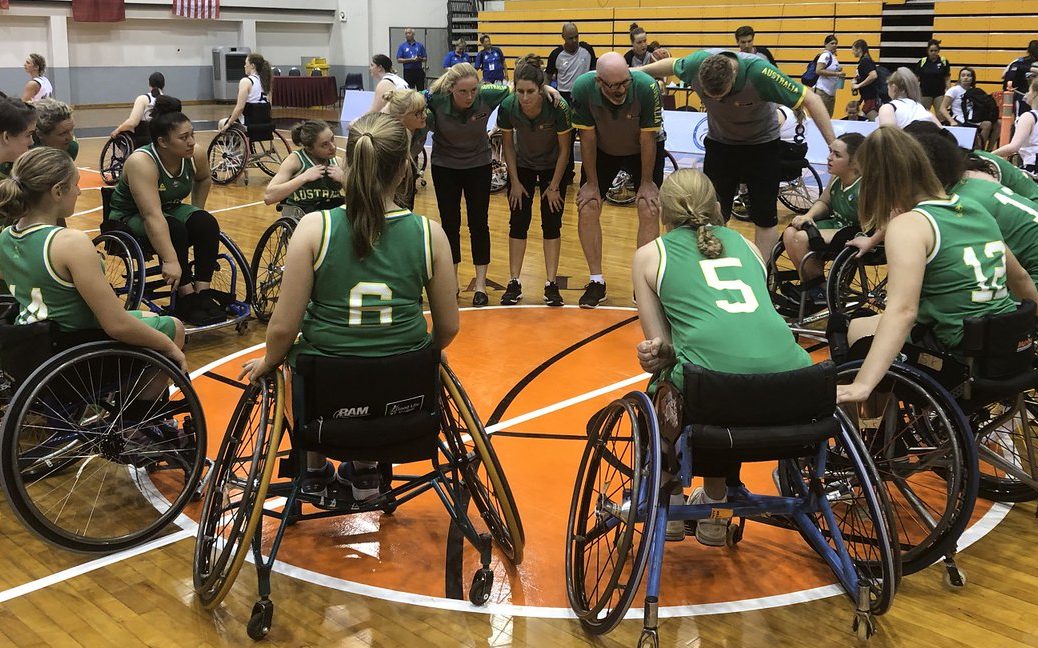 The win sets up a rematch with the USA on Tuesday (28 May) night at 20:15 AEST, with the USA being the only team to have defeated the Devils at this tournament.

Coming into the semi-final as underdogs, Australia’s disciplined defence was outstanding throughout the game and denied Great Britain the opportunity get going.

Shooting 44% for the tournament coming into the match, Great Britain managed just 17-75 (22%) from the field against the Devils, and while they put up 27 more shots, they finished with one less make than Australia overall.

“The way the girls executed for the full 40 minutes, you can’t ask for much more than that,” said Head Coach Stephen Charlton.

“We had a game plan and maybe three or four times we didn’t execute it, otherwise we followed it to a T. The trust they had in each other, it was pretty good to watch.”

At the offensive end of the floor, the Devils had their own issues getting the ball over half-court against Great Britain’s full-court press, but when they eventually found open space, they took full advantage.

Annabelle Lindsay (20 points, 26 rebounds, three assists) had the hot hand, scoring nine points in the opening term, with Charlton’s gamble to keep her on the floor with two quick fouls paying dividends.

Helping her to stuff the stat sheet was Teisha Shadwell, who almost recorded a triple-double with 12 points, 19 rebounds, nine assists and a block.

Maryanne Latu also played a crucial role, scoring the first and last baskets of the game while a three-point opportunity early in the fourth quarter halted any momentum Great Britain had as they looked to make one final run.

Australia’s game-high lead of six came just before half-time, but Joy Haizelden breathed life into the defending champions with a three-point buzzer-beater.

The Devils responded with a 6-2 run to begin the third term, and Latu had another timely make just before three-quarter time to keep Australia’s noses in front.

Their strict defence ensured Great Britain were only able to put up mid-range shots in the fourth quarter and that did not help their shooting percentages.

With four points the difference in the last 12 seconds, Haizelden was fouled beyond the arc. She only managed to hit one free throw, which Lindsay cancelled out with her own free throw at the other end.

The Devils now look to put in a similar performance against the USA in the gold medal game after falling to them in the group stage 31-56.

Having previously claimed silver medals in 2011 and 2015 at the IWBF Women’s U25 Wheelchair Basketball World Championships, the Australians are desperate to break through for a maiden gold medal.