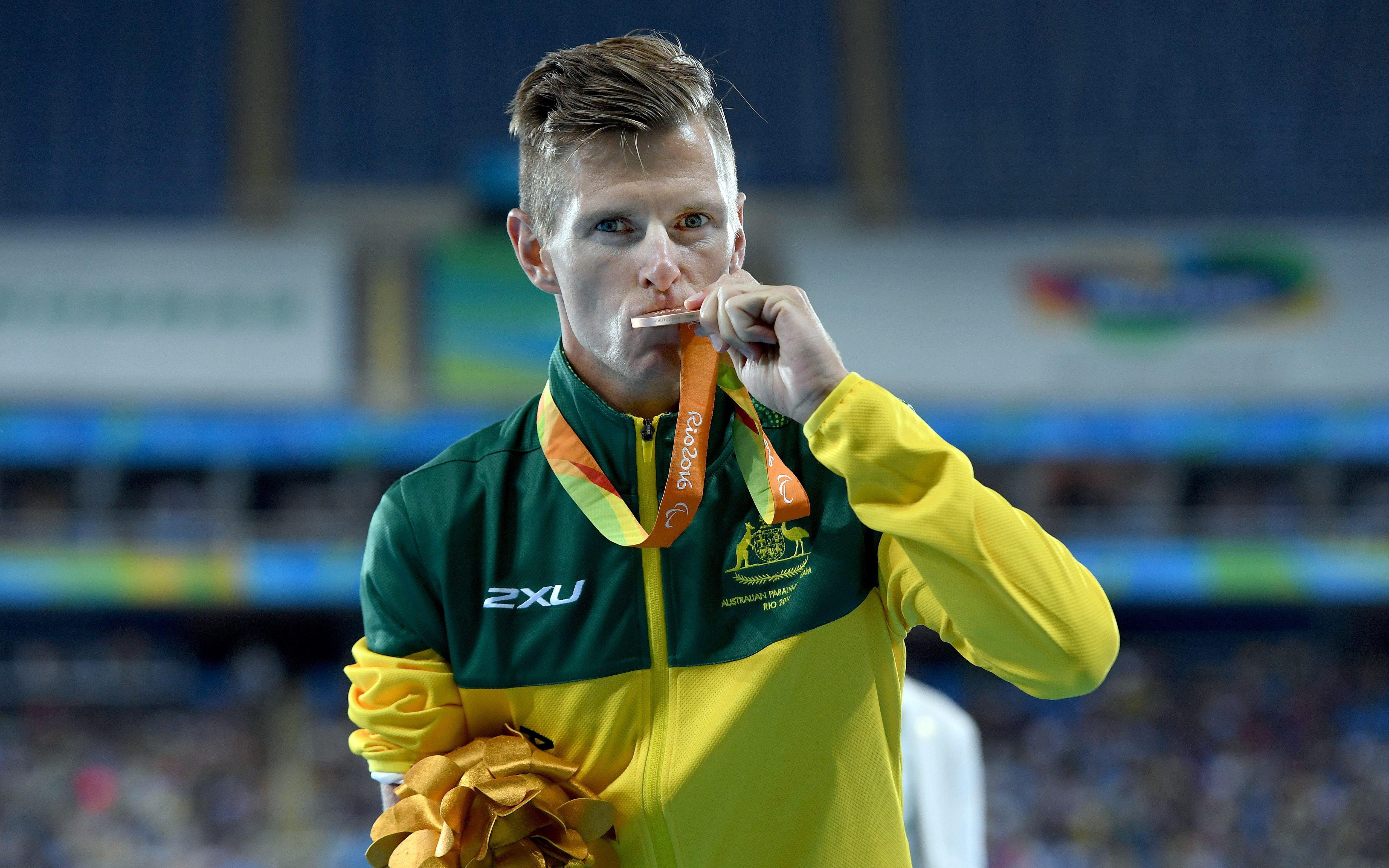 Consistency in training and health proved to be the building blocks of a very successful 2018 for three-time Paralympian Michael Roeger.

Kicking off at the Australian Track & Field Championships in February, Roeger reset the world record for the men’s 5000m T46 to 14:06:56. The following month, he took down the men’s 1500m T46 world record in 3:45:63 by lopping almost four seconds off the previous mark.

In his marathon debut at the Melbourne Marathon in October, Roeger conquered fatigue late in the race by recording 2:23:31, three minutes under the previous T46 world mark and an impressive sixth place overall.

To round out the year, he brilliantly claimed his fourth T46 world record of the year by stopping the clock at 29:24:19 in the race for the 10,000m national able-bodied title.

Guided by his coach Philo Saunders, who ran part of Roeger’s world record marathon race with him, Roeger will tackle the 2019 London Marathon at the end of this month before setting his sights on a fourth Paralympic berth.

After a series of stunning gold medal performances in 2018, Madison de Rozario continues to prove why she is one of the most promising young athletes in wheelchair racing.

At her Commonwealth Games debut on the Gold Coast, she put the world on notice in the women’s 1500m T54 final, launching a decisive attack with 300m to go to win gold, before pushing to a 13-second lead in the women’s marathon T54 to make it two from two.

Over the following six weeks, de Rozario became the first Australian to win the elite women’s wheelchair race at the London Marathon, and collected a hat-trick of gold medals at the 2018 World Para-athletics Grand Prix in Nottwil, Switzerland, where she equalled the women’s 1500m T53/54 world record set by Tatyana McFadden (USA).

With three Paralympic appearances and three Paralympic silver medals now under her belt, and as the reigning world champion in the women’s 5000m T53, de Rozario has never been more ready to contest gold at the Paralympic Games in 2020.