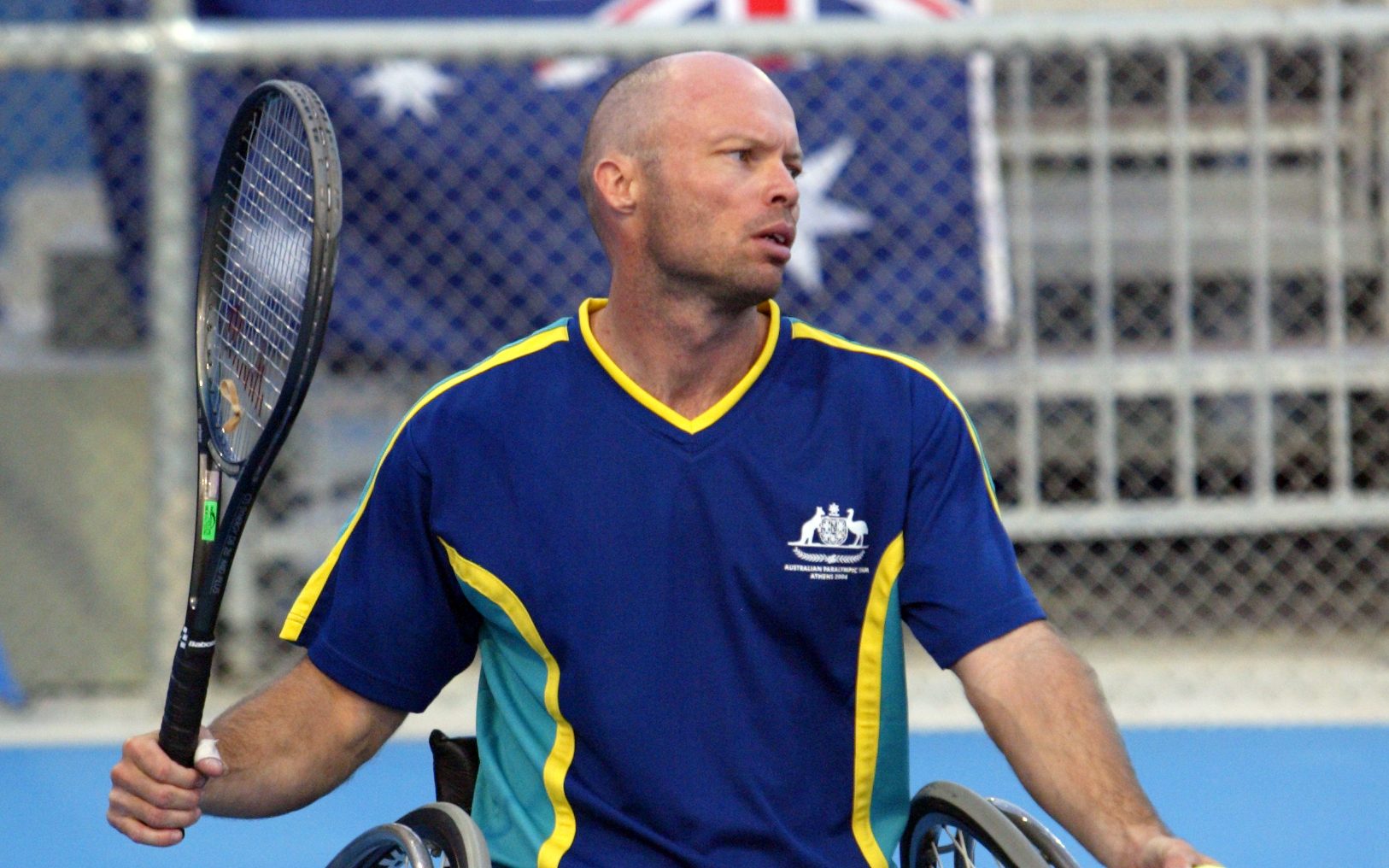 After losing both his legs as a hitchhiker in a car accident in 1986, Hall rediscovered his passion for tennis in 1988.

“When my mate Browny and I were 12, we’d run ‘round the tennis court pretending we were playing the Wimbledon final,” Hall told News Limited. “I was Ivan Lendl, because I liked his top-spin backhand, and Browny was Mats Wilander.

“I didn’t know about wheelchair tennis before my accident. In fact, I’d never heard of wheelchair sport. But after reading an article about Terry Mason [a dual Paralympic bronze medallist] in my local paper, we got together for a hit and that was that,” Hall told paralympic.org.au.

“It [tennis] felt like a long-lost friend who had come back to me. It began to open doors I never knew existed, sending me places I’d never been, and giving me chances to meet people I’d never met,” he said.

As naturally talented as Hall was on the court, it was not as easy a transition to wheelchair tennis as some might suspect.

“Ironically, I started hitting balls back at the tennis club in Toukley [NSW] where I played as a kid, with Allan McDonald, my former coach.

“It was hard to push the chair. I was slow and hit the back fence more times than I remember. Over time, I also had to clean up the technique on my strokes, because your positioning in the chair, of course, is different to playing on your feet.”

Wheelchair tennis was only just beginning to take off in Australia, but Hall was already on track to become world No. 1 – all he needed was a platform.

That platform, a world tour with prize money and rankings, presented itself in 1990.

“That fueled the fire inside me that first flickered when I’d hit balls with Terry years earlier. And with that fire, I marched on for the next 15 years, cultivating a career out of my No. 1 dream and others: the dream to win a gold medal for Australia.

“Winning gold in Sydney [at the 2000 Paralympic Games] was the best thing I’ve ever done on a tennis court. It wasn’t the best I’d ever played – in fact, some of my matches in Sydney were pretty average, but I hung around long enough to turn things around. Those two weeks were the culmination of a lot of work and sacrifice.”

Over the years, the wheelchairs became faster and the racquets more advanced, but Hall showed no sign of slowing – even with his 1992 Prince racquet, which he scoured the USA to buy after it was discontinued.

Hall represented Australia at four Paralympic Games between 1996 and 2004, where he won one gold, three silver and two bronze medals. He won nine Australian Opens and eight US Opens, and held the world No. 1 rank for six years.