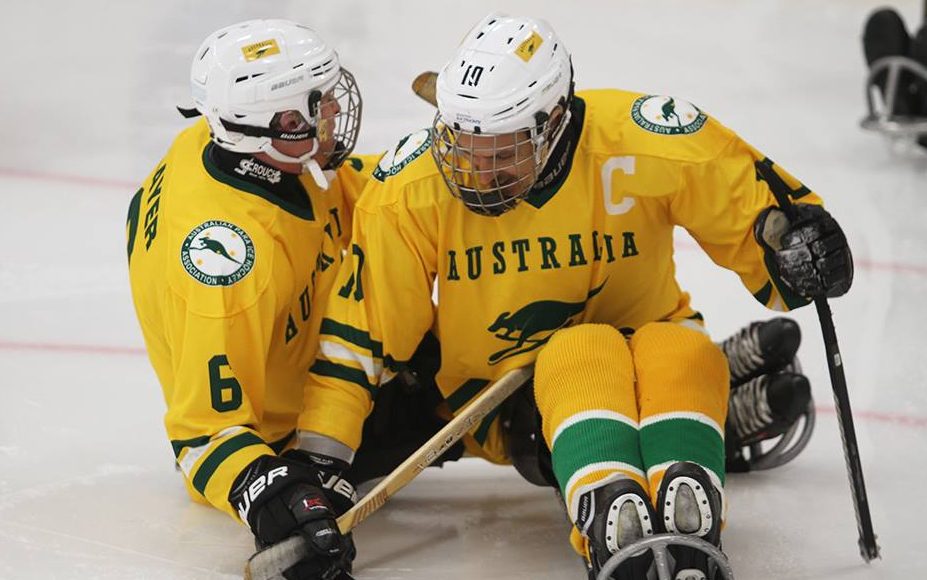 It was a crash course in Para-ice hockey in the most literal sense, as the Australian IceRoos got their first ever taste of international competition at the 2018 World Para-ice Hockey Championships in Vierumäki, Finland, this week.

With less than a year of experience on the ice, the Australians were the clear underdogs in Pool C, against emerging powerhouse Finland and the next Paralympic Winter Games host nation, China.

But despite suffering two big losses – 6-1 against Finland and a 40-0 drubbing by China – the IceRoos have shaken off their results and will come home with a great sense of pride, knowing they’ve made inroads as they pioneer their sport in Australia.

Jarred Liddicoat, who made history scoring the first and only goal for Australia in their match against Finland, says the team will also leave Finland with some major learnings.

“Yes, we knew we were underdogs, but the IceRoos learnt what Para-ice hockey is all about – the speed and the flow of the game, and the quality it can all get to,” said Liddicoat, who was also named Most Valuable Player of the tournament by World Para-ice Hockey.

“The team was pumped. We had nothing to lose and everything to gain.

“We had little expectations coming into this tournament, and we were taking it as a learning curve, a lesson and motivation to improve.”

Liddicoat said the match against the Finnish team was an introduction to international sport for so many of the IceRoos, but the Chinese took no pity on the developing team.

“Our start let us down [against Finland], simply not knowing the speed of international Para-ice hockey. They overran us in the first five minutes, finding ourselves 3-0 down. But once we were settled and got used to the tempo, we started playing better,” he said.

“China were relentless, and we knew they would be going into the game. After seeing their training session, we knew it was going to be hard. They skate and puck-handle amazingly well for a Pool C team.”

While scoring a goal for his country was a major highlight for Liddicoat, he is most looking forward to coming home to go back to the drawing board and work on how he and the IceRoos can continue their upward progression as they look ahead to the next Paralympic Winter Games in three years’ time.

“We need to go back to Australia and promote the sport. Make people more aware of it so we can build the numbers,” Liddicoat said.

“We have a few new clubs developing around the country so it’s good that we have some experience now to help train people that want to get involved.