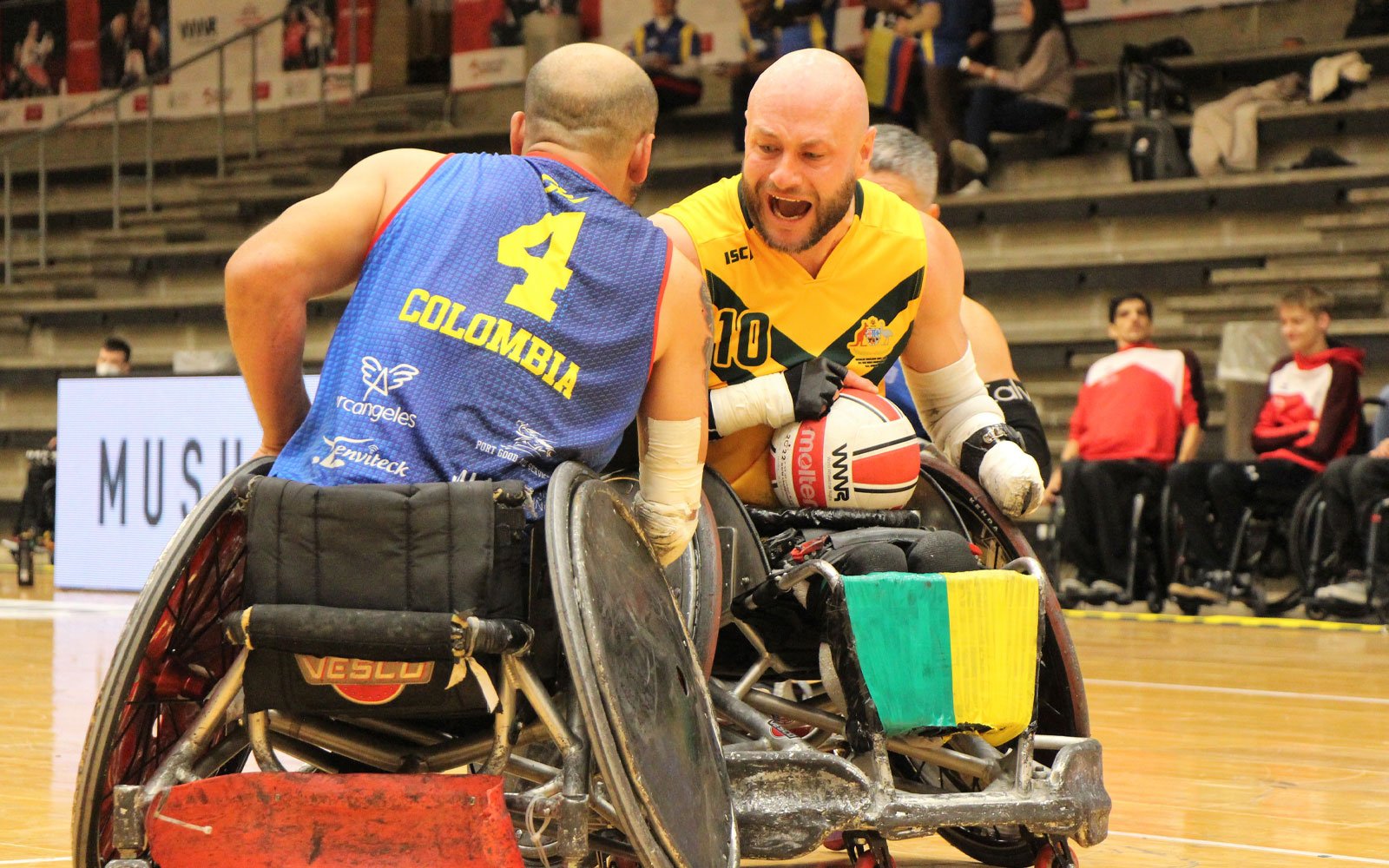 The Australian Steelers remain undefeated after four matches at the World Wheelchair Rugby Championship in Vejle, Denmark and will move into the knockout phase in formidable form.

The Steelers are assured of a top two spot in Pool B after thumping Colombia 54-42 on Thursday.

With the Colombians dealt with and their final qualifying match against Japan on Friday set to decide top spot, the Steelers will enter the blockbuster with confidence on the back of their other commanding victories over Brazil, Canada, and Denmark this week.

“That’s just another game in the books,” Steelers star Andrew Edmondson said. “We worked on a lot of things in that game. Thankfully we got a good lead and got the opportunity to give some of our guys a rest, so bring on the next game.

“Unfortunately we don’t get to play Colombia much but when we do, it always fun. They are a really tough team, they spread the ball really well and they fight hard all the way to the end as we saw in that game.”

The Steelers were clinical throughout the contest, except for a small concentration lapse in the second quarter that saw them concede three turnovers. For the other three quarters, they maintained a perfect possession conversion rate while forcing 13 turnovers from the Colombians.

Edmondson said it was a performance that signified the Australians were peaking at the right time.

⏰ Set your alarms: the Steelers take on Japan in their final pool match at 12.45am AEDT (Fri) to see who will top Group B. Watch live: https://t.co/145V9WA0Lt#VEJLE2022 @ww_rugby pic.twitter.com/stZkCCwM4T

“We’re just getting started. We’re doing well but I think maybe some teams have forgotten about how good we can be. We definitely haven’t, that’s why we’re here and we really building something,” Edmondson said.

“It’s in writing, people have written us off, so if anything, that just motivates us. We have heard that noise over the past couple of years, but we’re back, we’re working well together so bring it on.”

Featuring at her first World Championship for the Steelers, Ella Sabljak said the belief in the squad was rising after each game.

“We want that gold medal. Our whole team is really hungry. It doesn’t matter where we finish in our pool, we know we have to beat the team in front us so we’re ready for whoever that might be.”