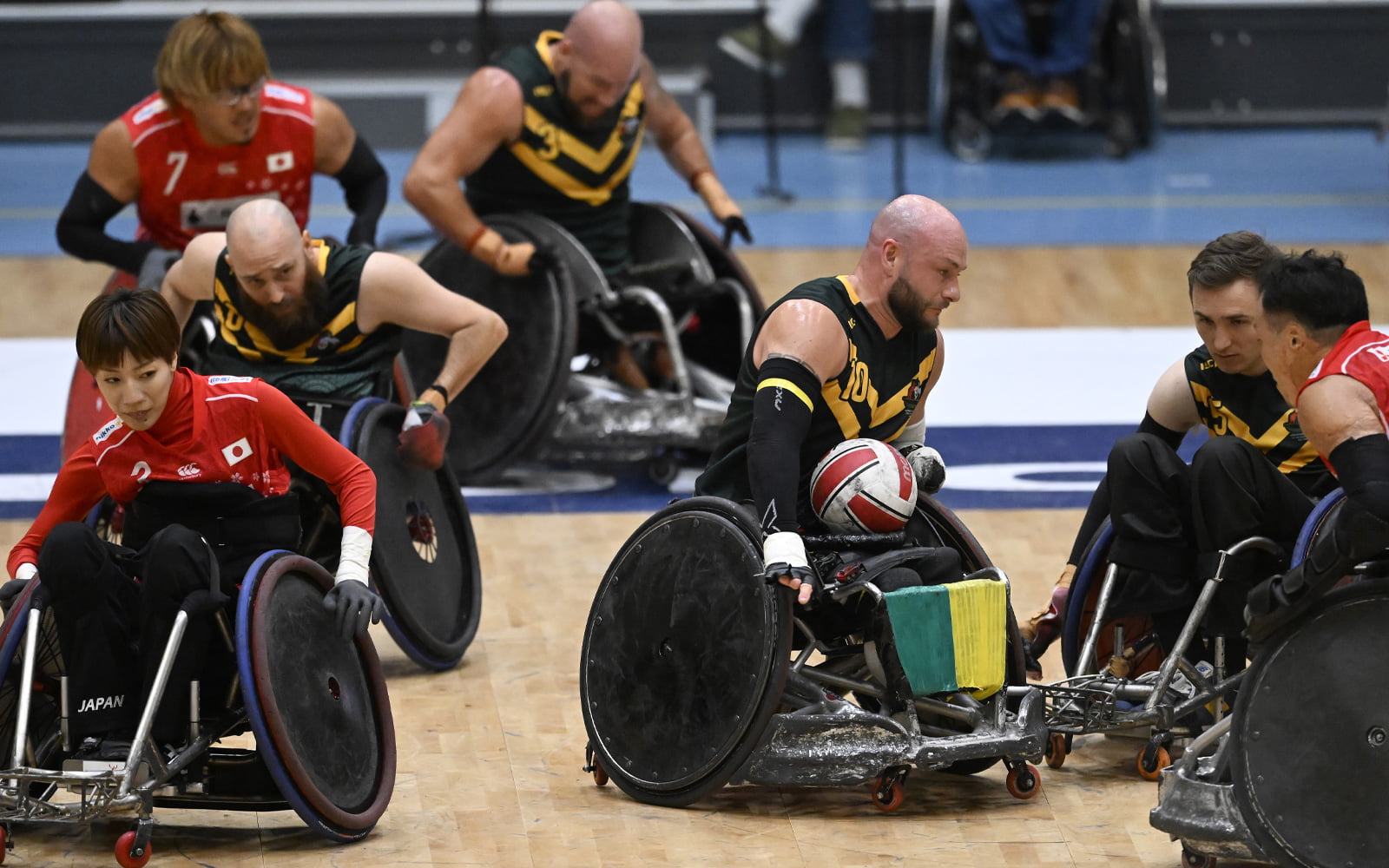 The Australian Steelers have progressed to the quarter-final at the World Wheelchair Rugby Championship, but could only finish second in Pool B to miss an easier path to the medal rounds.

With Pool B supremacy on the line in their final qualifying match against Japan on Thursday, the Steelers were defeated 54-50 in a highly-anticipated battle between the undefeated rivals who both inflicted heavy defeats on Brazil, Denmark, Canada and Colombia earlier this week.

Directed by head coach Brad Dubberley to make a strong start against the world number one team, the Steelers failed to comply. They conceded the first goal after losing the tip-off, before Japan’s defensive pressure forced Steelers’ captain Chris Bond to throw a wayward inbound pass over the sideline on the very next play.

Down by two goals in the first minute and with their opponents on a high, the Australians never got a chance to dictate the contest.

“For me, probably the most disappointing thing is we killed our own chances, more than anything. A lot of it is correctable, but against teams like Japan you can’t make the amount of errors that we made,” Dubberley said.

“When the whole message is about trying to get off to a good start, we were just scrapping from the get-go because we started horribly. That’s what has set up a lot of our victories at this tournament, getting off to a good solid start.

“Japan just applied pressure. When we made the errors, especially at the start, they made us pay for it. They spread the court well and they were patient and controlled.

“I think they showed what it’s going to take to win.”

#2022WRWC Game 5: not the result the AUS Steelers were hoping for, going down to Japan in their final pool match, 54-50. Steelers finish 2nd in their pool & will look to bounce back in their QF clash versus reigning Paralympic champions Great Britain. Bring it on!@ww_rugby pic.twitter.com/awvtQGCknV

The result added another chapter to the fierce rivalry cultivated by the two nations in recent years, headlined by Japan’s victories in the Paralympic Games bronze medal match last year in Tokyo and the 2018 World Championship gold medal match in Sydney.

The Steelers are now hoping to turn the tables, like Japan did at the previous World Championship, when they won the gold medal despite being defeated by Australia in their pool match.

The Australian captain certainly believes that scenario is more than a possibility.

“Japan are always very tough to play and they applied the kind of pressure that we need to deal with coming into the finals. We know we can get better and now we’ll reset.

“We’re confident. We played the world number one team today. They came first in our pool and we were second so it’s still on. We haven’t lost anything really.

“If we change a couple of those unforced errors today, stuff that we usually get right, it would have been a tight game or we would have won.

“So our heads are up. We’re ready to move on to the next game.”

On the other side of the draw, Pool A winners France will clash with Denmark while Canada will face arch-rivals, the United States.

All matches will be streamed live via the event website.