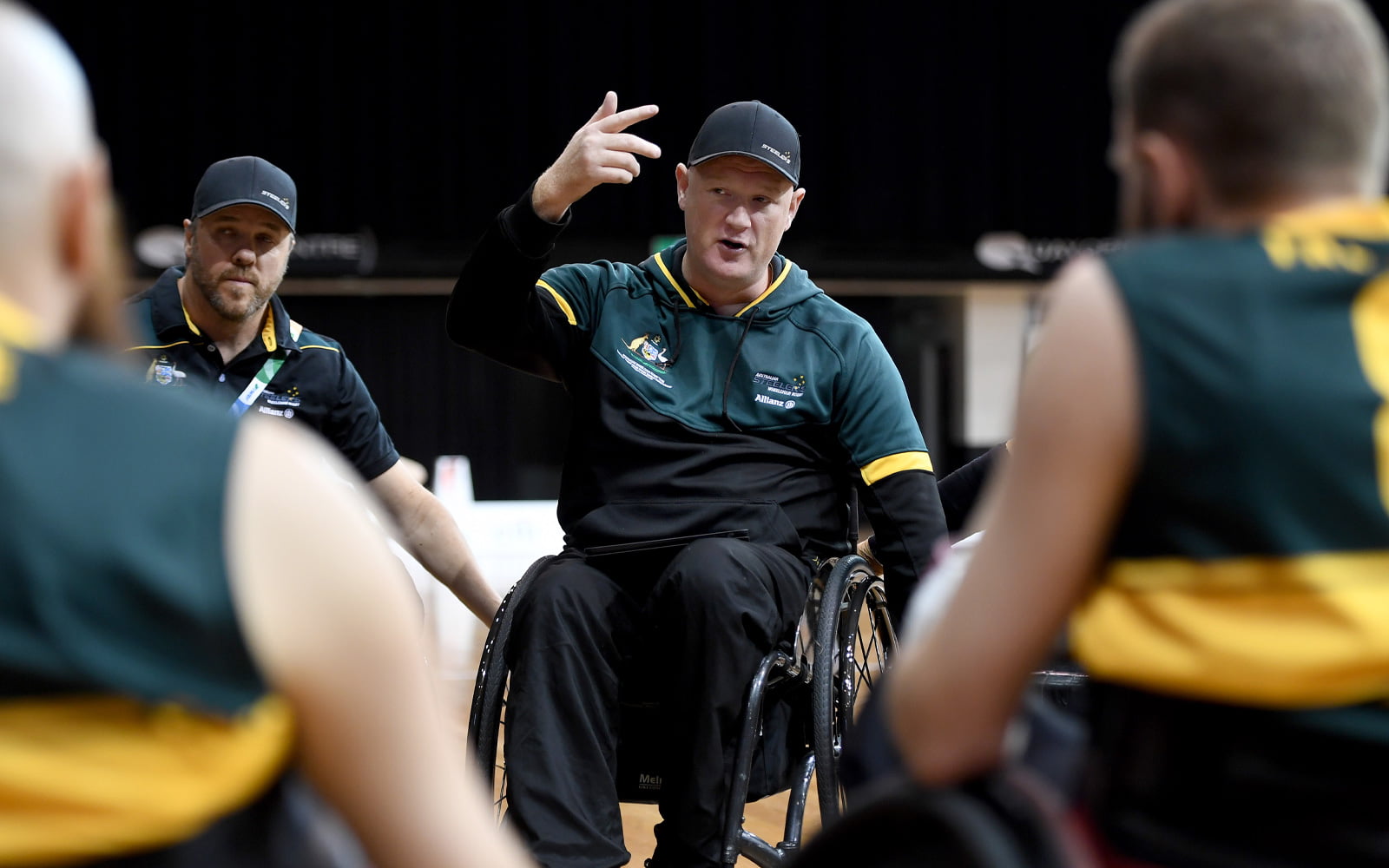 If resilience wins wheelchair rugby tournaments, the Australian Steelers are on their way to a successful World Championship campaign in Denmark this October.

The Steelers are at the AIS European Training Centre in Italy, having been battered by flight delays, a building fire that threatened their accommodation and positive COVID tests from two squad members since they left Australia last Saturday.

Their preparations for the Musholm Cup in Denmark beginning on Monday are in tatters.

Set to face perennial heavyweights Canada and the host nation at the tournament, the Steelers intended to give big minutes to emerging players, rotate their bench, fine-tune line-ups and polish combinations before they return to Denmark in October for the World Championships.

But those plans have evaporated with Head Coach Brad Dubberley and Richard Voris requiring seven days in isolation.

The loss of Voris eliminates a number of potential line-ups and severely limits court time of those athletes who combine best with the NSW star. West Australian Jake Howe, currently in career-best form, will be most affected.

It’s also a bitter blow to Dubberley, who was aiming for his 200th international victory as Head Coach across a 16-year reign which has yielded two Paralympic gold medals and a World Championship.

Best known for their physical toughness, the Steelers will now be reliant of their mental toughness with adversity likely to be the theme for the rest of their tour.

Speaking from isolation Dubberley was almost in disbelief when describing his team’s misfortune. However, he praised the professionalism and spirit displayed by squad members so far.

“It’s been a tough trip, no doubt about it,” Dubberley said.

“Since COVID, there have been countless examples of things not going our way. We’ve had some tough times and lots of bad luck but we’re here to represent Australia and to do our best regardless of what’s thrown at us.

“It’s a chance for our athletes to push on, show their resilience, learn from these experiences and support each other, which is what we’re all doing.

“It’s the same for the staff. Obviously I’m really disappointed to be in isolation. But our staff are already stepping up and looking for ways to problem solve. Guys like [experienced coaching staff] Greg Smith, Jason Lees and Lewis Quinn are all highly capable and will maintain the standard we expect while I can’t be around.

“Adversity like this can be the making of successful teams and that’s how we’re all looking at it.”

With Dubberley and Voris to remain in Italy until medically cleared, the rest of the Australian squad is scheduled to depart for the Danish coastal city of Musholm on Saturday.

Three female athletes will feature for the Steelers at a tournament for the first time.

Joining 2020 Paralympian Shae Graham will be Emilie Miller and Ella Sabljak for their debut in Steelers colours, having both previously represented Australia in other sports.

Miller is a former Para-cycling World Champion and Sabljak is a Paralympian in wheelchair basketball and was a member of the Australian women’s 3×3 wheelchair team which won a silver medal at the Commonwealth Games earlier this week.

The three nations will play each other three times over three days, presenting the Steelers, who are ranked fourth in the world, the opportunity to gain valuable match practice against two rivals likely to feature prominently at the World Championships, also in Denmark, beginning on October 10.

The Canadians are ranked sixth, while seventh-ranked Denmark are pushing to continue their rise in the sport after they caused the biggest upset of Tokyo 2020 when they defeated the Steelers by one goal in their opening match.