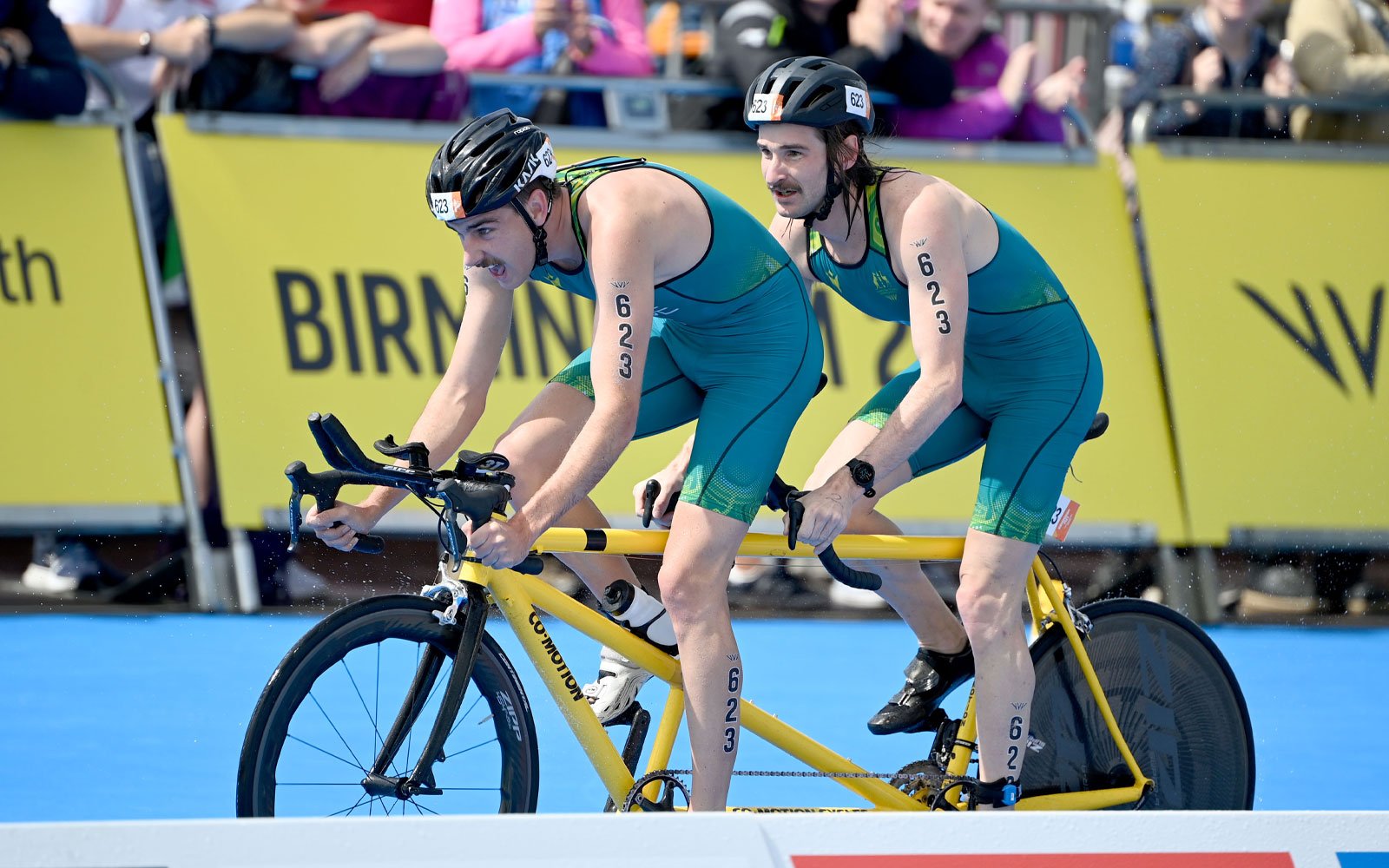 Six days on from Birmingham, Australia’s Para-triathlon silver and bronze medallists Sam Harding, with guide Luke Harvey, and Jonathan Goerlach, with guide David Mainwaring, will compete at Swansea in the UK on the last stop of the 2022 World Triathlon Para Series, after events at Yokohama and Montreal.

With large, high quality field numbers across different classifications, Swansea will be a perfect preview for what awaits the Aussies at the 2022 World Championships.

In the PTVI race it’ll be a Birmingham rematch, a week on from the PTVI Commonwealth Games debut, with Aussies Harding and Goerlach again going up against Birmingham gold medallist and world leader Dave Ellis (GBR), as well as Great Britain’s young talent Oscar Kelly and this time joined by USA’s Kyle Coon and who took silver and gold in Montreal, respectively.

Harding, who has quickly risen through the ranks, will be targeting another medal in his WTPS debut after claiming silver in Birmingham and bronze in A Coruna (WT Para Cup), and Goerlach will be on the hunt for another podium off the back of Birmingham and fourth place in Montreal.

Tokyo Paralympics silver medallist and current world number one, Lauren Parker (PTWC), and Jeremy Peacock (PTS4) will also have a target on their backs after taking gold in Montreal, while Aussies Liam Twomey (PTS4), David Bryant (PTS5) will be looking to build on their series results against the world’s best.

South-Australian Francis (PTS3) will be wearing the green and gold for the first time and will make her international Para-triathlon debut in Swansea after working hard on Australian soil following on from her great start to the year taking out the PTS3 Oceania Triathlon Para Championships in Stockton, NSW earlier this year.

Athletes will compete over the sprint distance including a one-lap swim (750m), before an out-and-back ride along the seafront promenade, four-laps of a largely flat but technical bike course (19.5km) and finishing over a three-lap run circuit (5km).