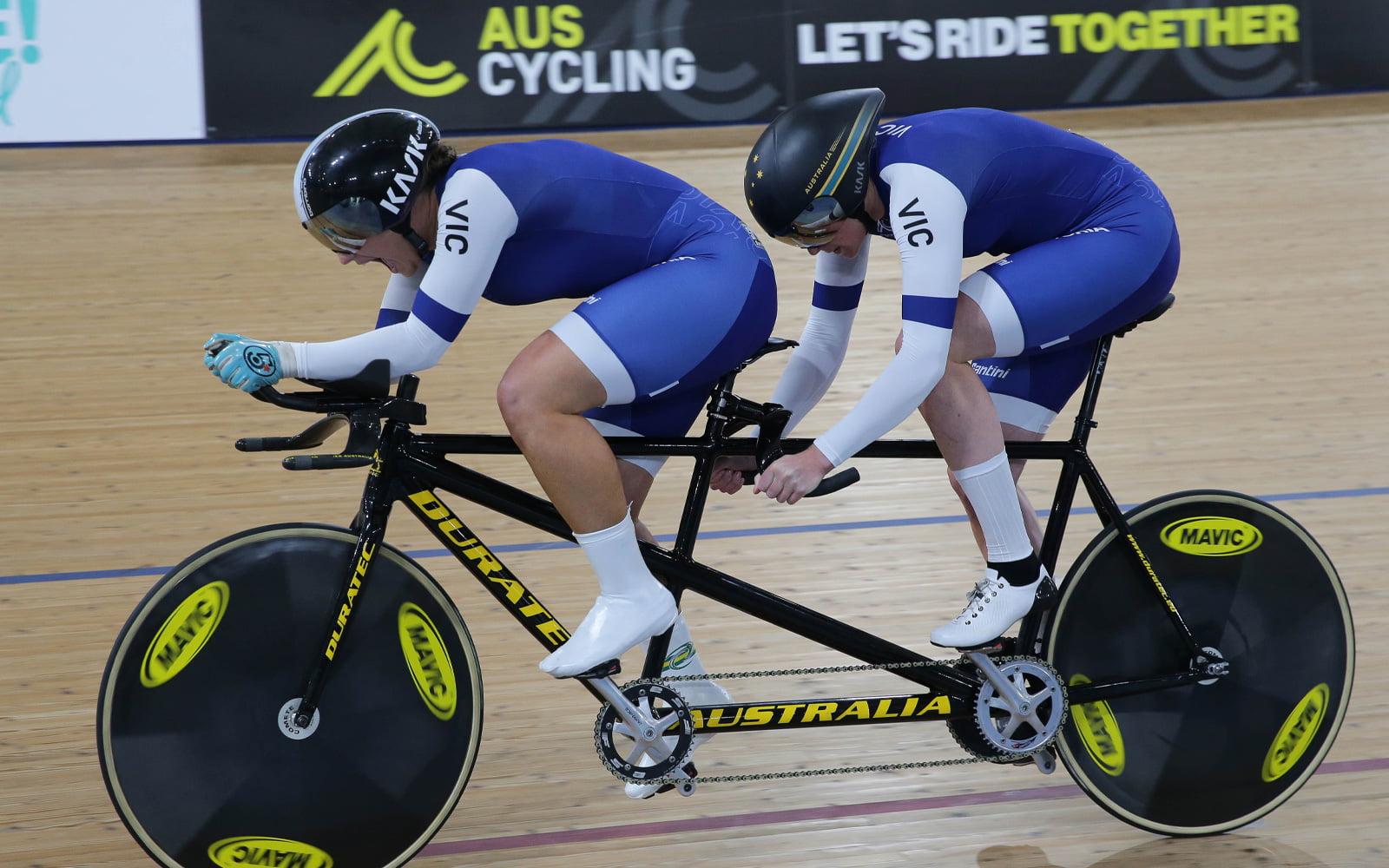 Jessica Gallagher, the only Australian to win a medal at the Summer and Winter Paralympics, has been selected in Australia’s 34-person cycling team for the Commonwealth Games next month.

It will be Gallagher’s second appearance at the Games, after she won silver in the Tandem 1000m Time Trial and Tandem Sprint at the Gold Coast in 2018 with pilot Maddie Janssen. At Birmingham 2022, Gallagher will work with pilot Caitlin Ward, who is set to make her Games debut.

The other Para-cycling representatives selected were track rider Beau Wootton and pilot Luke Zaccaria, both of whom will compete at their first Commonwealth Games.

Gallagher won a bronze medal at the 2010 Winter Paralympics in Slalom Visually Impaired and bronze at the 2014 Winter Games in Giant Slalom Visually Impaired. At the 2012 London Summer Paralympics, Gallagher competed in the Long Jump F13 and Javelin F12/13, finishing fifth and sixth respectively, before transferring to cycling, in which she took bronze at the 2016 Rio Games in the 1000m Time Trial.

“When I made the decision to return to cycling it was for the opportunity to represent Australia at the Commonwealth Games,” Gallagher said.

“I’ve been extremely fortunate to find a wonderful tandem pilot, Caitlin Ward, and be able to return to an environment with our coaching and support staff that has been so supportive.

“Being selected to represent Australia, like any athlete, is a pinnacle of your career. It’s a reflection of the hard work and dedication to showcase what can be achieved.”