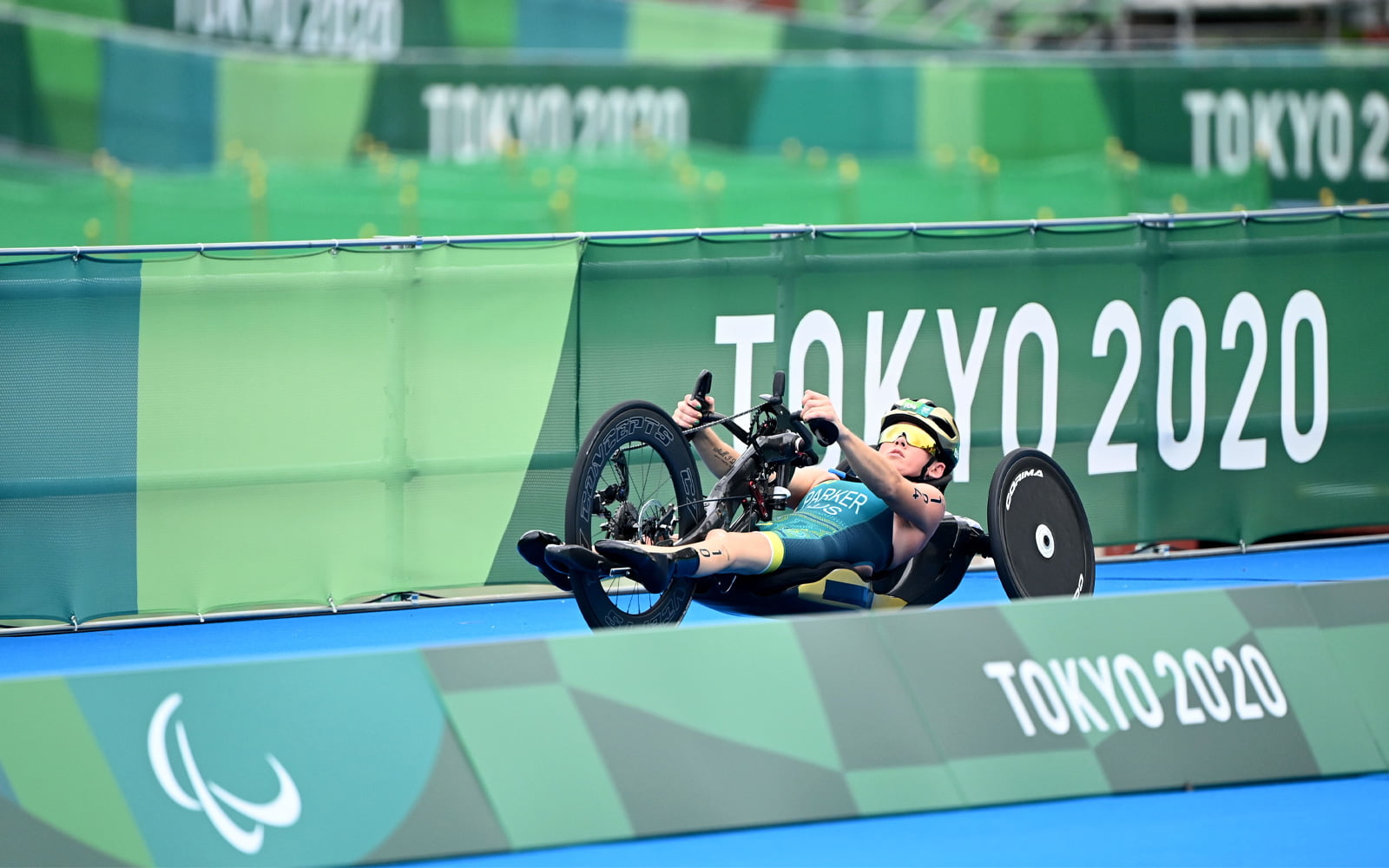 Lauren Parker completed her first Ironman World Championship as a Para-triathlete on Saturday and also became the first Australian woman to finish the event in the handcycle division.

Formerly a competitive able-bodied triathlete, the race was Parker’s first Ironman since suffering serious injuries in a training accident in 2017. Her earlier milestones as a Para-triathlete included winning silver in the women’s PTWC race at the Tokyo 2020 Paralympic Games and back-to-back world championship titles.

“It was a really tough day out, one of the toughest I’ve ever had in my life,” Parker said. “I had a decent swim in the cold waters of St. George, I got onto the bike, I was feeling pretty good right from the start and got stronger as the day went on. I got to put a good bike together in seven and a half hours and that was my goal.

“I was all on track to getting the time that I wanted and on that run – I’ve been talking all week about how brutal that bike course is, but that run course was probably more brutal than ever.

“It’s the hardest thing I’ve done so just to get through that run course, that second lap I really had to dig deep and to get up those hills was a really big challenge for me in a racing wheelchair. I proved to myself that anything is possible if you believe in yourself and never give up.”

This year is a year like no other for Ironman with the rescheduled 2021World Championship held over the first May weekend in Utah, ahead of the 2022 Supersapians Ironman World Championship in Kona, Hawaii, to be held in October.

The World Championship was held for the first time after a two-year hiatus due to the coronavirus pandemic.

St. George became the first location to host the event outside of Hawaii since its origins in 1978 and the course a challenging one for all.

“It is a beautiful course but on race day, in race time I’m not looking at the scenery, I’m looking at the road ahead and thinking about the pain I’m in and how I’m going to conquer the course,” Parker said.

“All week being here in St. George in Utah I’ve been over the course quite a few days and the scenery is absolutely magnificent and I couldn’t ask for a better place to have the Ironman World Championships for my first Ironman.”

Parker had success at the Ironman World Championship as an able-bodied athlete, notably finishing second in her age group in 2015.

She was training for another triathlon race in 2017 when both of her bike tires burst, causing her to crash into the guard railing. The crash damaged her spinal cord and left her with a punctured lung as well as broken ribs, shoulder blade and pelvis.

Following her successful comeback in St. George, Parker now has her sights set on Kona in October.

“Hundred per cent, that’s what I’ve been waiting for since my accident, the Kona Ironman World Championship, that’s where my heart is,” she said.

“I did it twice as an able-bodied athlete and I can’t wait to get back there as a Para-athlete and see what I can do.”

By: Triathlon Australia and Paralympics Australia
Posted: 10 May 2022