Snowboard Star Proud Of His Efforts At ‘History-Making’ Games 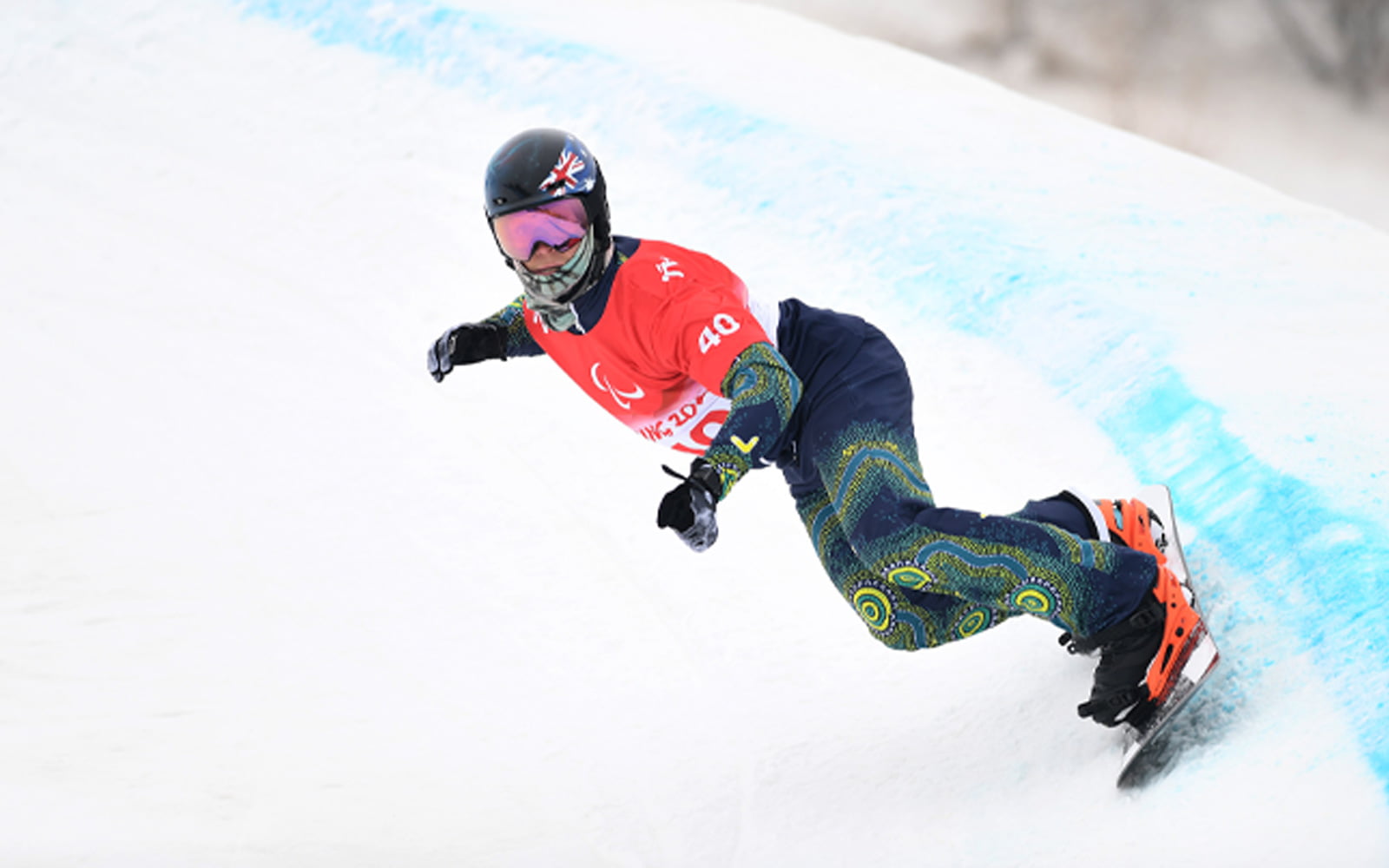 Ben Tudhope focused on the positive big picture after he finished a surprise ninth in the Banked Slalom at Genting Snow Park at Zhangjiakou on Friday, issuing a challenge to prospective Para-snowboarders to join him on the Australian Paralympic Team by next Games.

Tudhope was hoping to add to the bronze medal he won in the Snowboard Cross on Monday. But, after registering the 10th fastest time in the field on his first run, he could only slightly improve in the second run, finishing with the ninth best time overall.

“Not the result I wanted, my worst result of the season,” the 2021/22 Crystal Globe winner said.

“But I can’t be disappointed. The showing of Para-snowboarding here has been incredible. To see two others on the podium right now who were nowhere near the podium in Boardercross, it just shows how competitive everyone is here.

“Not my day, but just happy to be here at this game-changing, history-making event.”

Tudhope said the course was probably not a great fit for his strengths – he preferred a tight course – but it gave him plenty to work on for the future.

“Something I need to work on is how to gain speed out of turns,” he said. “So, for the next four years, that’s going to be what I’m doing.

“I tried as hard as I could [on the second run] to try some new things but, still, it wasn’t enough to be able to get up on the podium.”

The three-time Paralympian is deeply passionate about his sport and proud to be part of an international trio of riders who comprise what’s become known as Team Unicorn, including Finnish rider Matti Suur-Hamari, who won the silver medal, and Alex Massie of Canada. He said he was excited for the future of the Para-snowboarding.

“This has been the best Paralympics ever,” he said.

“Beijing has really given us a treat here and I couldn’t think of a better way to represent Australia and Team Unicorn at these Games. Look at these courses here. The future of Para-snowboarding is really bright. I can’t wait to see where we go now after this incredible showing.

“I hope what we showed here, how we showcased our sport, in both the Banked Slalom and Boardercross, has inspired so many other athletes, other people, to come into Paralympic snowboarding in Australia and around the world. I don’t want to be the youngest on the team in 2026 in Italy. I’ve done that three times now and I want new blood in.”

The Australian Paralympic Winter Team Co-Captain is hopeful he can get across to support Australia’s remaining competitors on the final two days of Para-alpine skiing.

“It’s been amazing to be a team captain, to have that responsibility, I didn’t take it lightly,” he said.

“I just thank the Australian Paralympic Team for picking me at such a young age and I hope to lead this team for many more years to come if Australia will let me.”