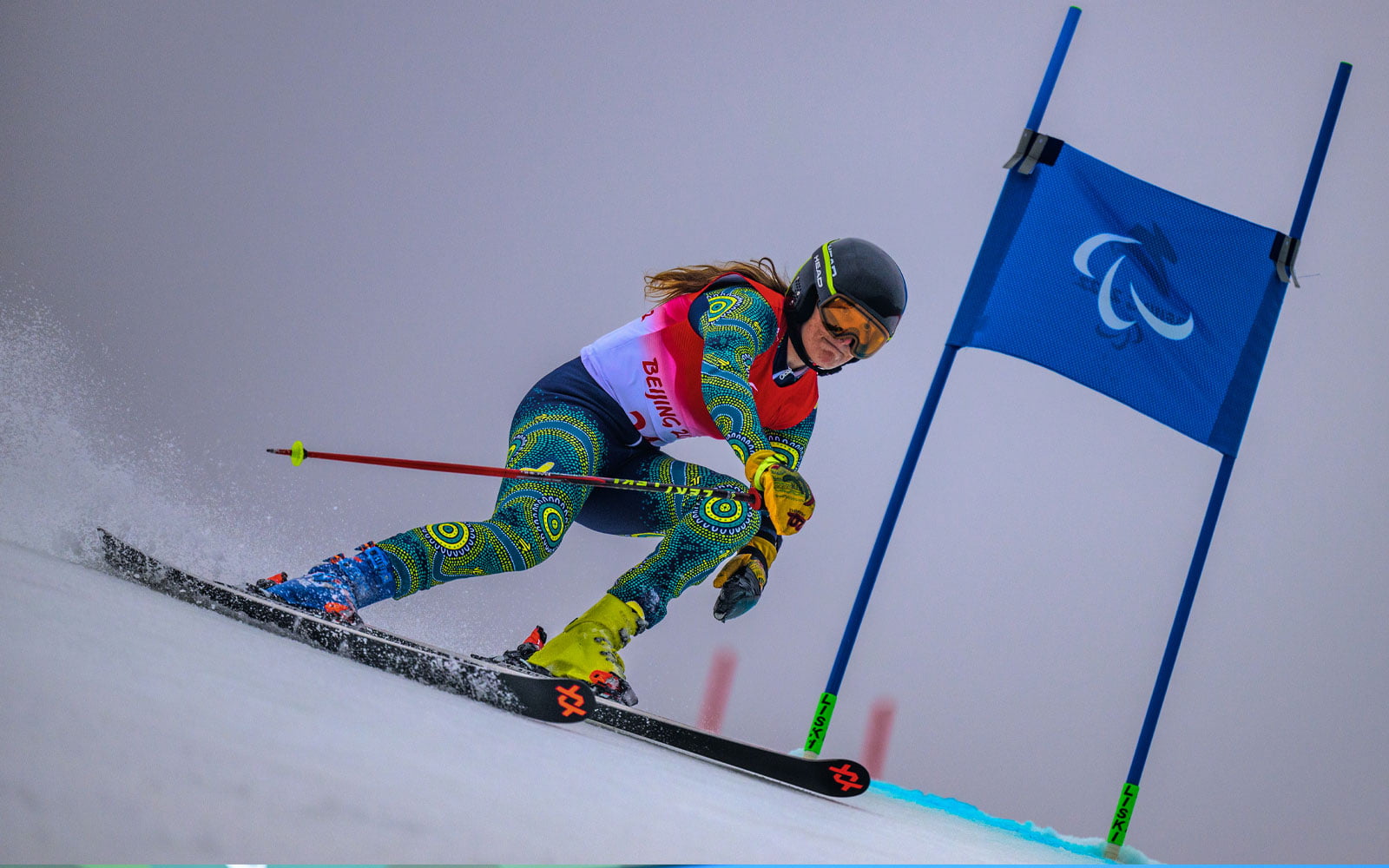 Nothing came easily to Australia’s Para-alpine skiing representatives on day seven of the Beijing 2022 Winter Games, but they emerged from fierce competition in the Women’s Giant Slalom with outstanding results and a little slice of history.

Melissa Perrine and her sighted guide Bobbi Kelly were both struck by injury in the lead-up to Perrine’s fourth and final Games and high levels of air pollution on Friday added another obstacle. Similarly, Rae Anderson had various challenges on the road to Beijing and was in some discomfort after her second run due to cold conditions which played on her cerebral palsy and the low air quality which affected her asthma.

Despite the circumstances, both competitors were thrilled with their gutsy performances, each finishing in the top 10. Perrine and Kelly came sixth in the Vision Impaired category and Anderson came in 10th in the Standing category. Anderson’s Games debut confirmed her remarkable achievement of becoming the seventh Australian to compete at both a summer and winter Paralympics, after she contested javelin and discus at the Rio 2016 Summer Games.

Perrine said she couldn’t be happier after their two consistent runs.

“We’ve had a tough season and we started off this season in some really bad shape. To fight to where we are now in a discipline that we’ve not done a lot this year, I couldn’t be happier, honestly, We did exactly what we wanted to do – two solid runs together we left everything out there.”

After missing lots of competition and training opportunities due to Covid restrictions over the past two years, Kelly was struck by a back injury and, once she recovered, Perrine suffered a back injury.

“That took us all the way through the World Champs [in January] and we’ve just slowly been trying to put together some sort of form,” she said.

“From where we started this year to where we are now, it’s a massive jump, absolutely massive.”

The sixth placing puts Perrine and Kelly in a great frame of mind for their favourite event, the Slalom, on Saturday.

Also competing there will be Anderson, who said she was “stoked” with her first taste of Winter Paralympic competition.

“I had a really rough lead up to this, a lot of physical and mental things to work through,” Anderson said.

“We tried to set realistic goals … but I’m thinking that we’re stoked with the outcome today and it probably exceeded a lot of our expectations.”

Anderson said the goal had been to learn as much as possible at these Games and tick off becoming a dual Paralympian.

With only Slalom competition remaining at the Yanqing Alpine Centre, Anderson, Perrine and Kelly have one final chance to close their Beijing 2022 campaigns on a high note.

Racing starts at 11:30am AEDT. All entrants complete two runs on the course. The second session starts at 3:30pm AEDT.