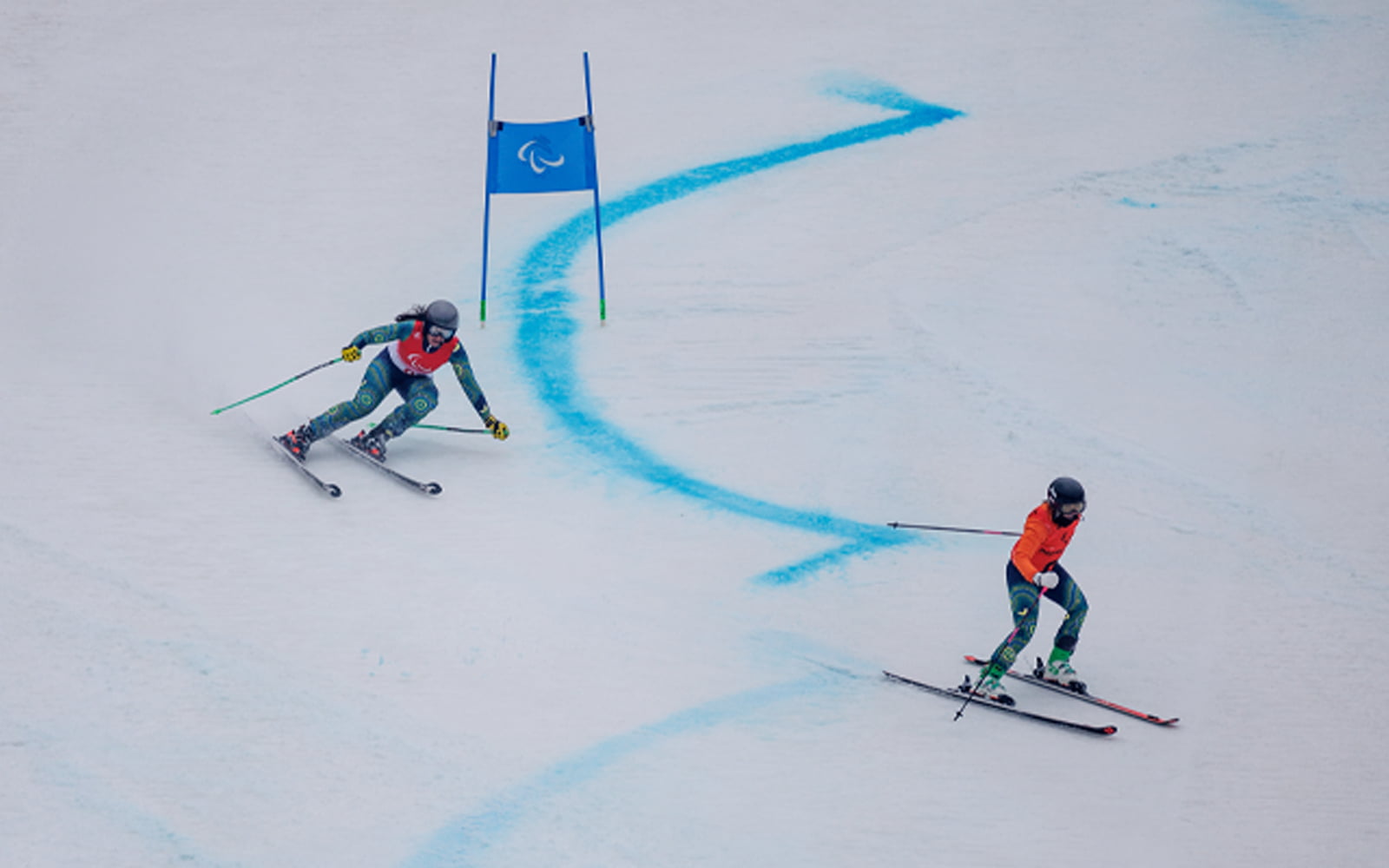 Twelve years after she first represented her country on the Paralympic stage, Australian Winter Team favourite Melissa Perrine is preparing to race at the Paralympic Games for the final time.

Perrine, 34, the winner of two Paralympic bronze medals and four World Championship gold medals, will contest her pet event, the Slalom, with her good friend and sighted guide Bobbi Kelly, on the penultimate day of Beijing 2022.

“We love Slalom. We always have a great amount of fun when we’re racing Slalom and we just think we can put down two really strong runs together.

“The hill suits us so we’re excited. We’re really pumped and really excited to get out there and ski. Whatever happens happens.”

Perrine will be aiming to better her fourth placing in the event at PyeongChang 2018, where she claimed bronze in the Super Combined and Giant Slalom. She and Kelly have reason to be confident after producing a solid effort in their first event of the Beijing Games, sixth in the Giant Slalom on Friday.

“The snow conditions out there honestly, they couldn’t have made it any better,” Perrine said of the course.

“The snow is hard, it’s grippy, they could not have done a better job than this. I think they’ve done a fantastic job prepping that course and it’ll be great to ski Slalom there, for sure.”

Kelly added: “Slalom is our bread and butter. We love Slalom. We just want to go out there, have fun and ski our best.”

Also looking to back up from her fine performance on Friday is Rae Anderson, who produced a top 10 finish in the Giant Slalom Standing, her debut appearance in Paralympic Winter competition after having represented Australia at the Rio 2016 Summer Games in Para-athletics.

“I’m really proud of the way that I approached [Friday] and how calm and collected I was and how much I embraced the moment,” Anderson said. “I hope we can just repeat that and see what we can do from there.”

Racing starts at 11:30am AEDT. All entrants complete two runs on the course. The second session starts at 3:30pm AEDT.