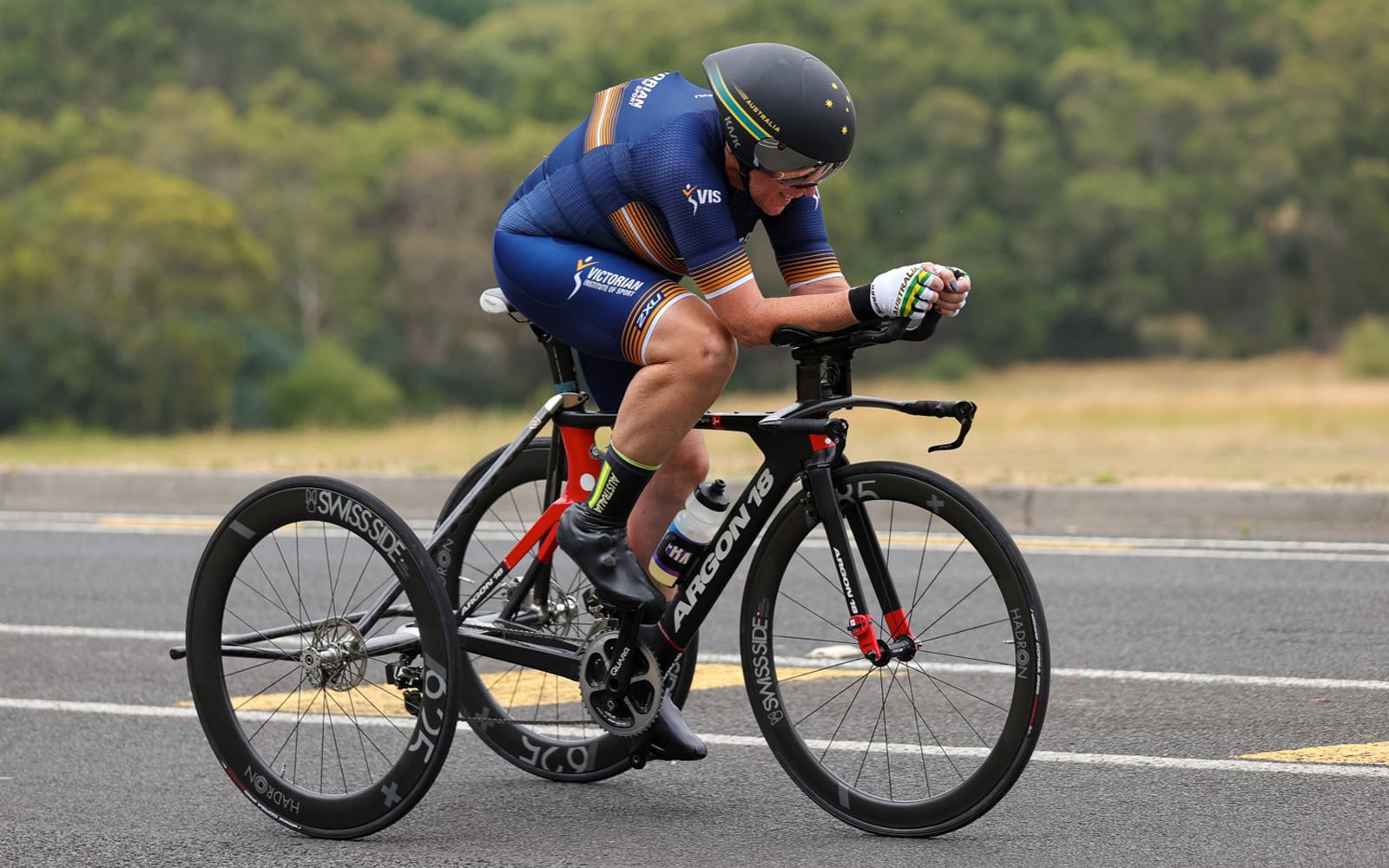 Three-time Paralympic champion Carol Cooke has made a stirring return to competitive cycling five months after a shocking crash at the Tokyo 2020 Paralympic Games left her hospitalised with serious injuries.

Cooke was the only starter in the T2 classification at the Road National Championships in Ballarat but pushed hard to register a time of 43:46.19 at an average speed of 25.77 km/h.

“The hill was really bad. I am only about 70 percent fit since coming back from my crash in Tokyo, so it was just about coming out and getting back on the horse, as they say, and see what I could do.

“It is awesome to be racing. We had no racing anywhere after last year’s Nationals through until Tokyo, so it is great to have this, and everybody is being so COVID-aware. To be able to put it on is fantastic.”

Cooke is among 11 of the 12 Australian Paralympic Team Tokyo 2020 representatives to compete at the Nationals, including Paige Greco, Emily Petricola, Amanda Reid and Darren Hicks, who each won gold at the Games.

Hicks, who claimed the C2 classification on Wednesday, said: “Today was a little better than I was expecting; really good numbers, good speed, difficult day with the wind, but overall, I am really happy.

“I try not to think too much about winning gold in Tokyo. That is in the past. We’re now getting back into racing mode in 2022, regroup and start earning points towards Paris.”

Donate today: support the next generation of Australian Paralympians

Australia won 13 medals in Para-cycling at Tokyo 2020, including four gold, four silver and five bronze. Cooke entered the Games as the defending champion in the time trial T1-2 and road race T1-2. She won silver in the time trial but then suffered a heavy fall in the road race, which was held in rainy conditions. She suffered a punctured lung in the accident and remained in Tokyo for treatment after the Australian Team returned home.

From her Tokyo hospital bed in September, Cooke said: “I’m made of concrete. I spoke to my sister and she told me it’s alright, I still have three years to come back and redeem myself (at Paris 2024).”