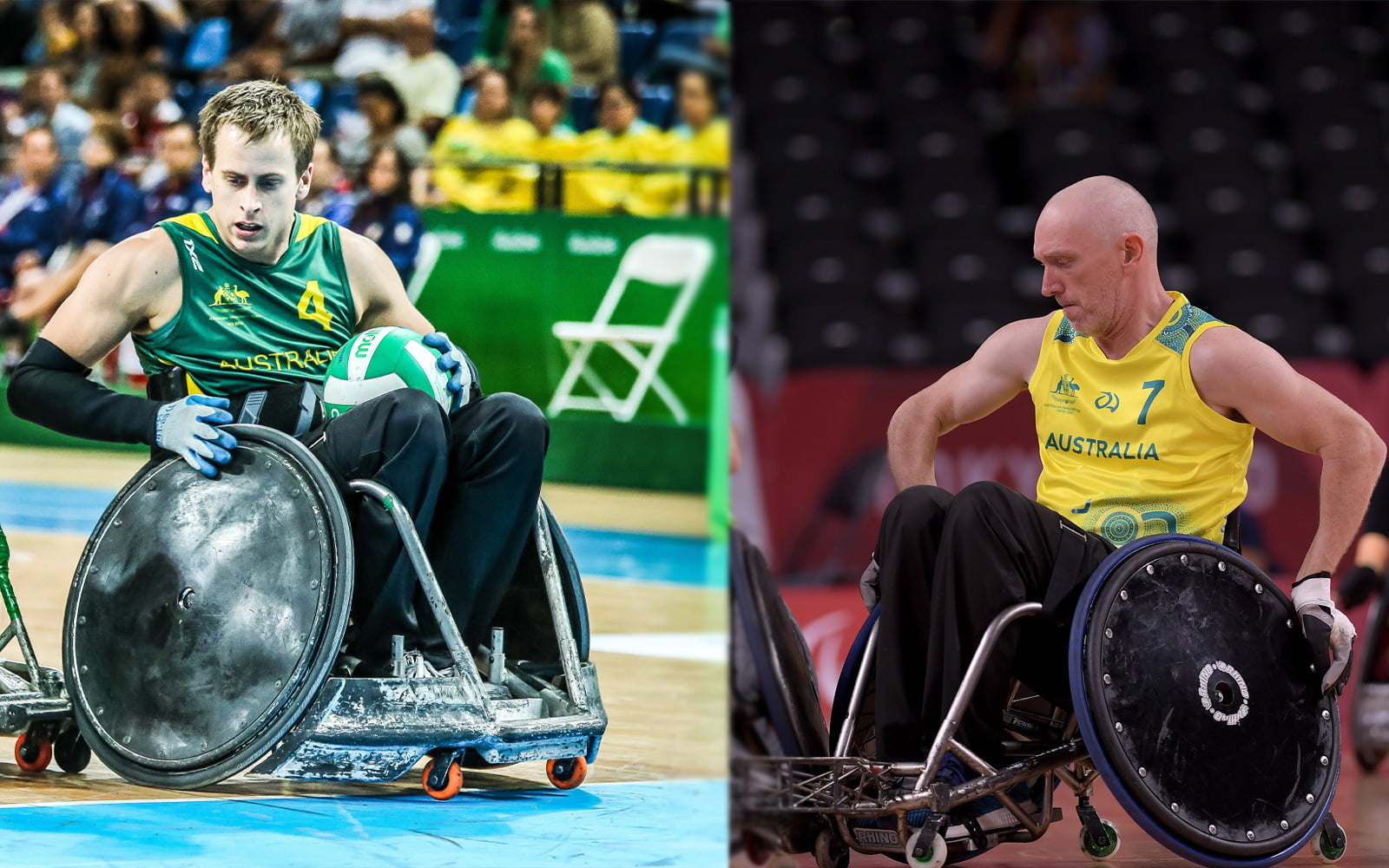 More than a decade after starting their international careers at the same tournament, two of Australian wheelchair rugby’s best role players, dual Paralympic gold medallists Jason Lees and Josh Hose, have announced together that their days playing for The Steelers are over.

Lees finishes with 230 games and Hose 152 games, each having played an important part in the national team’s world-beating run between 2012 and 2016, including the historic Paralympic Games triumphs at London and Rio, as well as the 2014 World Championships win. They were also part of the team that won silver at the 2010 World Championships. Hose stepped away from rugby after the Rio Games, during which Lees and The Steelers won silver at the 2018 Worlds in Sydney, before the pair reunited for the Tokyo 2020 Games.

“Josh and I started at exactly the same time, we went to the same selection camp together and then went to New Zealand together to play at our first competition, the Asia-Oceania Championships in Christchurch in 2009,” Lees said.

“I’ve been able to travel the world with a sports team, a group of guys that I love spending time with,” he said.

“I met my wife at a tournament in Canada in 2012 and we have two little girls now. It’s fair to say that wheelchair rugby has played a really big part in the way my life has turned out. The opportunities I’ve had from being part of this program, it really has set me up for life.”

Lees won’t be lost to the sport, with Paralympics Australia engaging the 44-year-old as Development Coach, helping players with potential transition into the high performance program.

“It’s something I’ve been interested in over the past three or four years,” he said.

“The opportunity popped up and it was perfect timing for me, just as I was finishing up my career. It’s something I want to learn more about and get better at.”

Hose, too, may have a role to play with the Development Squad, though a formal role is yet to be confirmed.

Like Lees, Hose said wheelchair rugby had given him so much.

“Rugby gave me a foundation after my injury, it gave me purpose, something to apply myself to. In all facets of my life it became so important to me. Also, just all the travel. I’d never really travelled before my accident. But rugby broadened my horizons massively. I’ve got great memories that can never be taken away.”

At the top of the list of memories was having his family and friends come to the London Paralympics, where they formed a support group called ‘Hosey’s Heroes’.

“I think they got more airtime on the TV than I did!” Hose recalled.

“To be playing in front of a crowd of 10,000 and to look up and see a little congregation of very merry friends and family supporting you, it was really special.”

Coach Brad Dubberley – who coached Hose and Lees right throughout their international careers – said: “They came in at a great time. At the 2010 Worlds they were part of the silver medal team, then obviously there was that golden run over the next couple of cycles, which was great.

“It’s a shame we didn’t get to finish it off in style in Tokyo, but they’ve had a very good run, they were part of the program for a long period of time and are just great blokes, really.

“They’re both fun to be around. Hosey’s just a funny bastard. He doesn’t slow down. Jase is kind of the opposite, very chilled out, but also very funny. They’re just good blokes and always fitted in well personality-wise to the program.

“They’re part of a group that’s been around each other for so long, they’re all close friends. They’ve been to each other’s weddings and whatever else. It’s been a great group for a long time.”

Lees wanted to thank former Australian player Bryce Alman, who he said had been a big help early in his career, as well as Dubberley, who he said had helped him grow and improve as a player.

Hose said: “Thank you to the whole rugby family, all the players and staff. I owe a lot to Brad Dubberley and Smithy [assistant coach and former captain Greg Smith] for their guidance towards everything I was able to achieve as an athlete.”