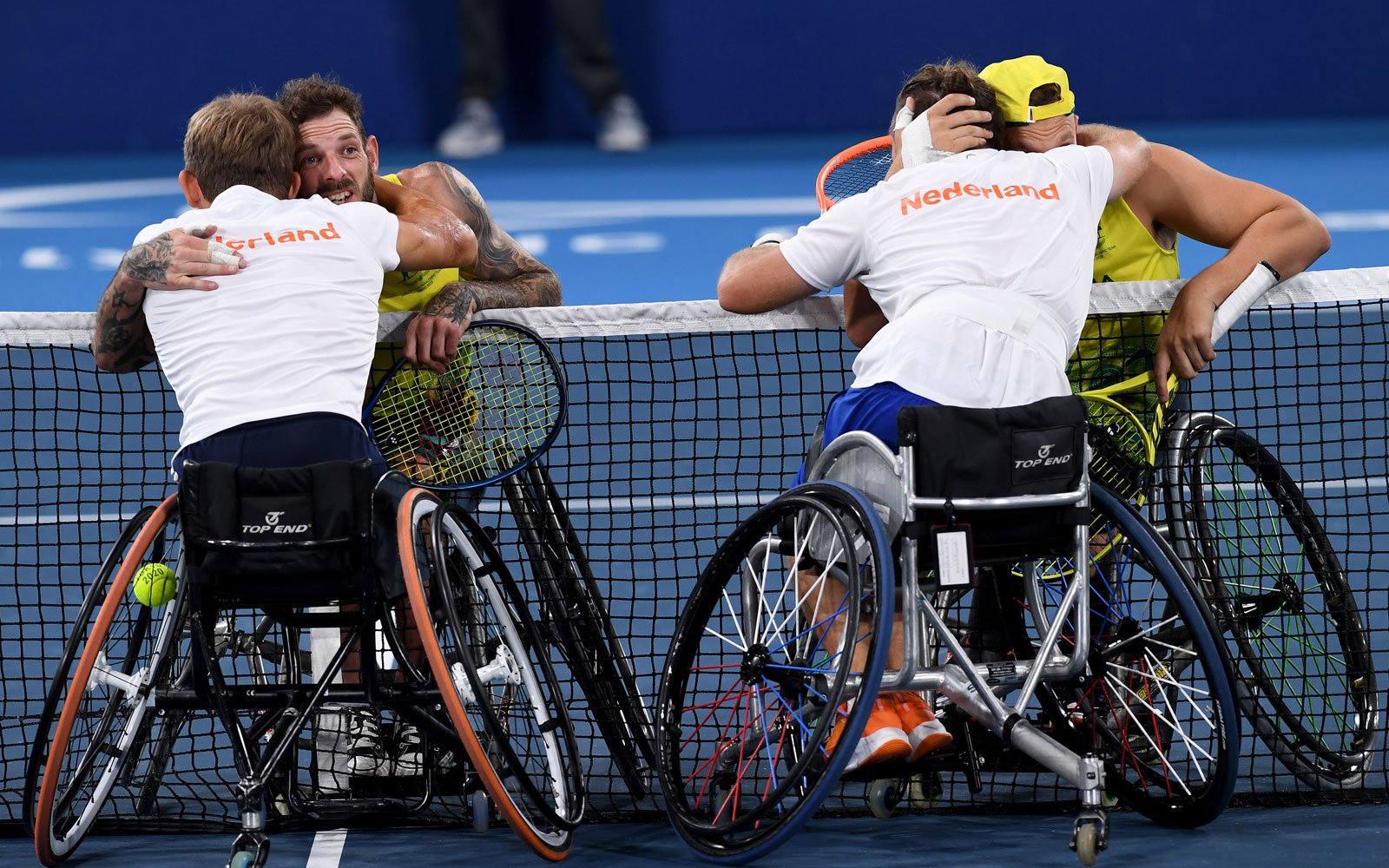 Schroder, 21, and Vink, just 18, were too strong for the Rio champions 6-4, 6-3 to claim an 18th Paralympic tennis gold medal for the Netherlands.

There were three breaks of serve in each set, but again the power off the ground from the young Dutch combination proved the telling factor, hitting 16 winners to five.

Davidson was emotional and red-eyed as both he and Alcott paid credit to the performance of their opposition.

“We got pumped tonight, they were better than us,” Alcott said

“To be that young and bring it to us was pretty impressive.”

The schedule was again moved throughout the day, but after a tournament of sweltering heat, it was rain that become the problem on Wednesday.

The match was shuffled and re-shuffled, and once started under the night sky, the rain returned and the roof was closed at 3-all in the first set, but the Australians made no excuses.

“They blasted winners past us,” Davidson said.

“I think my ball quality just wasn’t quite there tonight and it just put us under so much pressure.”

The Australians took the first break when Vink dropped serve in the fifth game of the opening set, only for Alcott to broken in the very next game.

Alcott again dropped serve at 4-5 to concede the opening set in 44 minutes.

Vink and Schroder both held their opening service games to love at the start of the second set, and the Australian’s continued to battle to hold, despite serving at an amazing 86 per cent of first serves into play.

Davidson was broken after a long tussle in the fourth game, but just as the finish line loomed, the Australians found one more thrust to break Schroder in the seventh.

As was the case for Alcott in the first set, it was Davidson who was broken for a second time in the second set, and his dropped service game in the eighth couldn’t be retrieved at teenager Vink served out the match.

It’s an amazing story of triumph for the Dutch youngsters on Paralympics debut.

Vink lost both his legs and a number of fingers due to meningococcal disease as an infant and was inspired to make the Paralympics after attending the London Games as a seven-year-old in 2012.

It’s the first of two battles between Australia and the Netherlands for the quad tennis gold medals, with Alcott to meet Schroder in the singles final on Thursday.