Cooke To Stay In Japan Until Fit To Travel 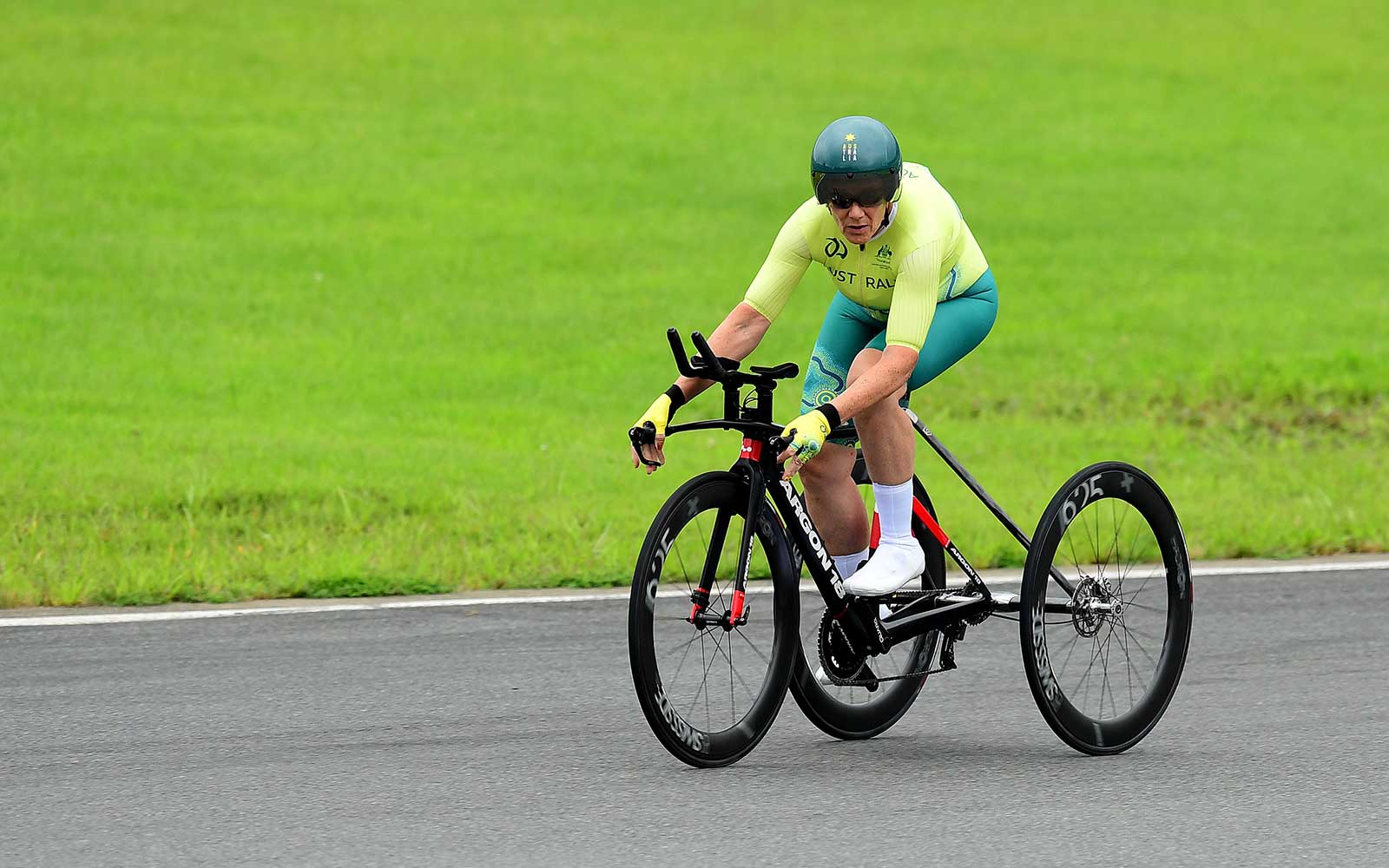 Carol Cooke is expected to remain in the Juntendo University Hospital in Japan for up to a week as she recovers after puncturing her left lung in a heavy crash during her road race T1-2 on Thursday (2 September).

The 60 year old, who has multiple sclerosis, also sustained heavy bruising and grazes in the crash. Late on Thursday doctors in the hospital emergency room inserted a chest drain and have today (Friday) advised Cooke that her lung is resolving well.

“I can breathe normally and it doesn’t hurt,” said Cooke who remains in good spirits despite her injuries. “I’m battered and bruised but I have had so many messages from around the world – which is incredible.”
Chef de Mission of the Australian Paralympic Team, Kate McLoughlin, says Cooke will not be able to return with team to Australia next week.

“Unfortunately the nature of her injury means Carol will not be able to fly home with her team mates but we are working with team medical staff and relevant government agencies to coordinate her stay in Japan and her safe return to Australia,” said Ms McLoughlin.

Cooke this morning sent good luck messages to Paige Greco and Alistair Donohoe who were racing today and has also been in touch with South African Toni Mould, whom she coaches. The men’s and women’s races started at different times but were on the course together when Australian Stuart Jones saw that Mould was struggling to continue and rode alongside her to encourage her through to the finish line.

“Toni messaged me from the airport and said ‘your team mate did something for me today that I will never ever forget and I just wish we could have finished together,” said Cooke. “I’m so proud of Stu and of her because this is what the Paralympic Games is about.

“It’s not the medal – it’s the experience, not that we don’t strive to win a medal but the experience and support from other countries when things are not going well is so important and so incredible.”