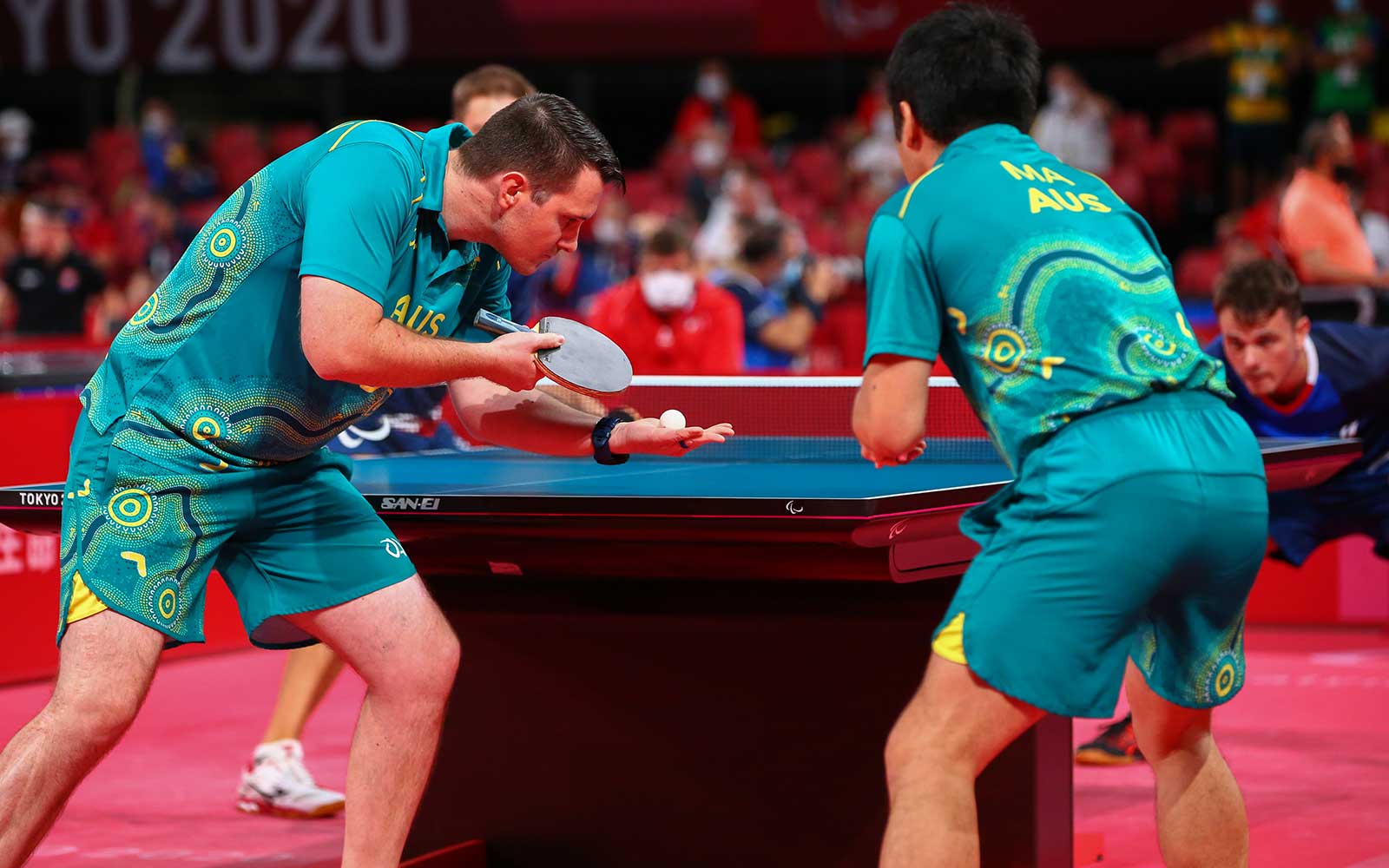 Not since the Tokyo 1964 Paralympic Games has Australia featured in the teams gold medal playoff in Para-table tennis – but on Friday that drought will end.

In the 9-10 Class, Australia will feature in the men’s and women’s gold medal finals as the squad aims to add another two medals to Aussie Para-table tennis medal haul that already includes two gold and two silver medals.

The Australian women take on reigning Paralympic champions Poland at 11am AEST. Lina Lei, Qian Yang and Milly Tapper come into the match having not dropped a game, taking down Hungary and China both 2-0.

Lei and Yang went head-to-head with Poland at the Rio Paralympics for their native country China. Combining with Tapper here in Tokyo, they hope when they don the green and gold they’ll be able to bring home another gold medal for Australia, as they did earlier in the Games in the Singles.

With three teams gold medals from previous Paralympic Games, Ma will use experience to his advantage as he prepares to take on his former teammates.

“For me, it doesn’t matter who is standing on the other side of the table, they are all my opponents and I will do my best,” Ma said.

For Coughlan, from North Queensland, the opportunity to play for a gold is exciting.

“As we all know, in table tennis China is always the best,” Coughlan said. “It’s going to be a tough competition. I faced one of them in my singles competition and got very close so hopefully this time we can get over the line.”