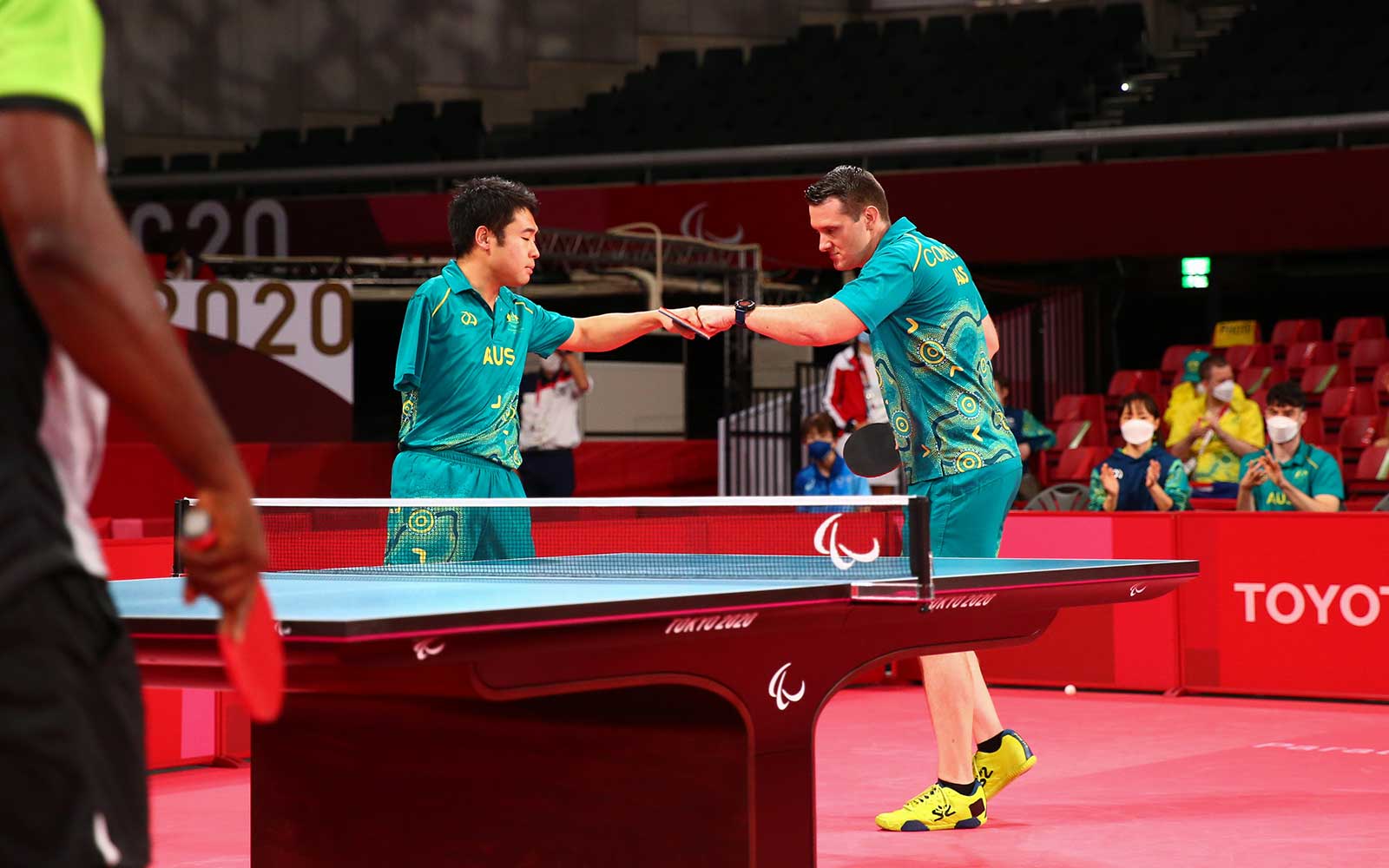 First up it was the men’s team of Ma Lin, Joel Coughlan and Nathan Pellissier who booked their finals spot after defeating Nigeria 2-0 in the semi final.

The combination of Ma and Coughlan took an early point for Australia with a 3-1 win in the doubles. Ma was then pushed to five sets in what physically looked like one of his toughest matches in Tokyo, against Nigeria’s Tajudeen Gunbiade matching him point for point.

With three Team Gold Medals from previous Paralympic Games, Ma Lin is going to use the rest day to his advantage as he prepares to take on his former teammates from his native country China in the gold medal playoff.

“After the two matches yesterday I felt very tired today and I haven’t recovered fully from yesterday. I just tried my best today and I didn’t give up.

“It is very good, otherwise I can recover properly for the final with a day off now,” he said.

For North Queensland’s Coughlan, the opportunity to play for a gold is certainly something he is excited for.

“We were off to a bit of a nervy start [in the semi] and we missed a few easy balls but once we got into a groove we gelled well together again and got the win.”

In the women’s match, it was the combination of Lina Lei, Qian Yang and Milly Tapper who defeated China to secure their chance to go for gold.

Lei and Yang teamed up in the doubles and having won a gold and silver at previous Paralympic Games for their native country China, they were eager to help their new home Australia get their first chance at a Team gold medal in 37 years.

They will now take on a formidable Poland on Friday, with a day off to recover.