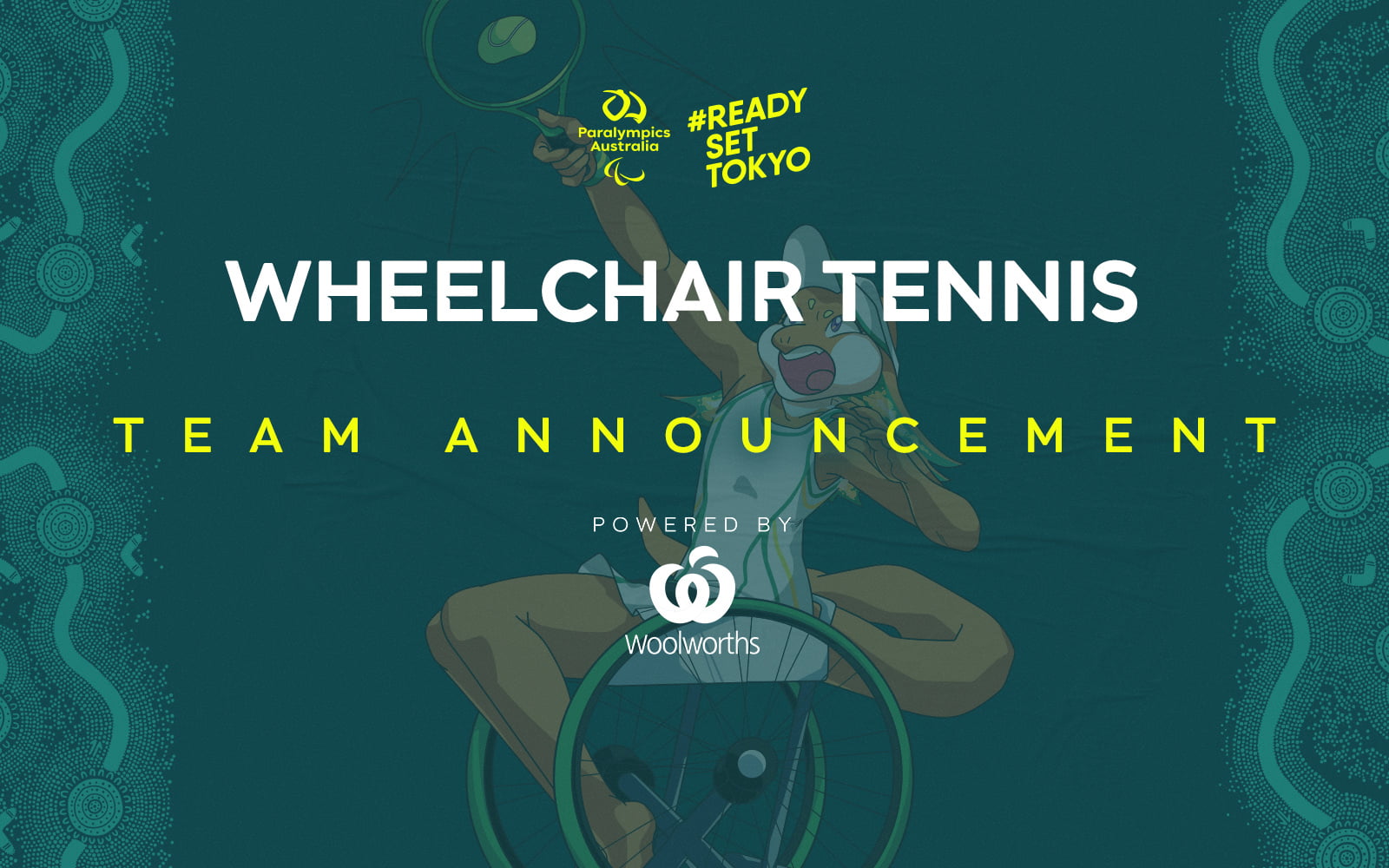 Rio 2016 dual wheelchair tennis gold medallist, Dylan Alcott, says he feels thankful for the opportunity to defend his titles at Tokyo 2020 at a time when many Australians are doing it tough.

“It’s always a privilege to pull on the green and gold, but especially in current times,” Alcott said.

“I’m very grateful I get to do my job while so many people can’t in Australia and around the world. I just feel lucky to be able to have a crack and represent my family and my country the best that I can.”

Alcott was among a four-player wheelchair tennis squad unveiled by Paralympics Australia in an induction ceremony held online on Friday. The Team features Ben Weekes, who will compete at his fifth Paralympics and team up in the doubles with Games debutant Martyn Dunn. Also named was Heath Davidson, who will team with Alcott in the quad doubles. Each of the four players will also play singles.

Australian wheelchair tennis enjoyed its best Games in 2016 when Davidson and Alcott won the quad doubles and Alcott claimed gold in the quad singles as well.

“The Team’s looking great,” Alcott said. “Ben Weekes is going to his fifth Games. It’s incredible. Then there’s Marty going to his first Games. He’s really come a long way. He only had his accident not too long ago, so to see him at the Paralympics is pretty cool.

“Heath’s my doubles partner but also one of my best mates off the court. What athlete gets to perform on the world stage with their best mate? I get to do that, which I feel very lucky about. I think it’s all about perspective and my perspective is that I feel awesome and I feel grateful for the opportunity.”

Davidson believes he and doubles partner are ready to handle the expectation of being reigning Paralympics champions.

“This means the world that I get to put on the green and gold and represent Australia in Tokyo again. I really feel honoured. And means that all the hard work has been paying off,” Davidson said.

“I’m really just looking forward to going over there and taking in the experience like I did in Rio and hopefully just play some good tennis.”

Weekes is closing in on 20 years as a Paralympian, yet he too feels excited about what lies ahead.

“Every Games is different, with different obstacles to overcome. It’s always a good adventure,” Weekes said.

This time I’ve got Marty with me, he’s got a great opportunity and I’m excited to see what we can do. He’s been so open to taking the advice I pass on to him. We’ve been working on building our partnership because it does take a lot of work together to get good results.”

Weekes was inspired to pursue wheelchair tennis after watching David Hall win gold at Sydney 2000. He hopes the Australian squad for Tokyo can have the same effect on a new generation.

“Obviously Dylan’s got a massive following so I think it’ll be good for everyone to get a look at the other Aussies on our Team as well at the Games,” he said. “It’s good for people to know that there’s a whole range of disabilities that can play. The more people know about that, the more we can increase participation.

“Already we’ve got so many young kids coming up, a great bunch of juniors coming through the ranks. I think, with Brisbane 2032, it’s going to be really good motivation for the young kids to see us and know they can kick start their own dream.”

As the debutant on team and a relative newcomer to Paralympic sport, Dunn said he was looking forward to learning as much as he can.

“For me to play wheelchair tennis for Australia is indescribable. Over five and a half years ago I had a motorbike accident that left me disabled, although I never really felt disabled.

“Being a carpenter I didn’t know where my life would go, so I developed a passion for wheelchair tennis and to be able to compete at the Paralympics in a sport I love is again indescribable. Every positive word in the dictionary goes with how I am feeling.

“I am looking forward to going through the whole process. My first ever Paralympics so I don’t want to get too emotionally attached to going, just want to ride the whole thing and enjoy every minute of it.”

“This is a really great group of players,” McLoughlin said. “Ben’s got vast experience, he understands the demands of a Paralympic campaign and I love that he’s sharing that knowledge with Marty, who’s just starting out at this level.

“The other pair, Dylan and Heath, have had such incredible success and I know they’re extremely determined to keep the quad doubles and singles titles in Australian hands. I can’t wait to support our wheelchair tennis squad as they aim to produce their best in Tokyo.”

“It was a great campaign at the last Games and I’m backing Dylan, Ben, Heath and Marty to do a great job for Australia this time around.

“Congratulations to the athletes and thank you to Tennis Australia for all you’ve done to support them along this pathway.”

“Tennis Australia’s been an unbelievable support for me ever since I picked up a tennis racquet in 2013. And Paralympics Australia, too.

“I’m such a proud Paralympian. That culture comes from the top. So, to Lynne and Kate, (Team Co-Captains) Danni Di Toro and Ryley Batt – I’m so stoked to be part of the Team and really excited to do my bit.”