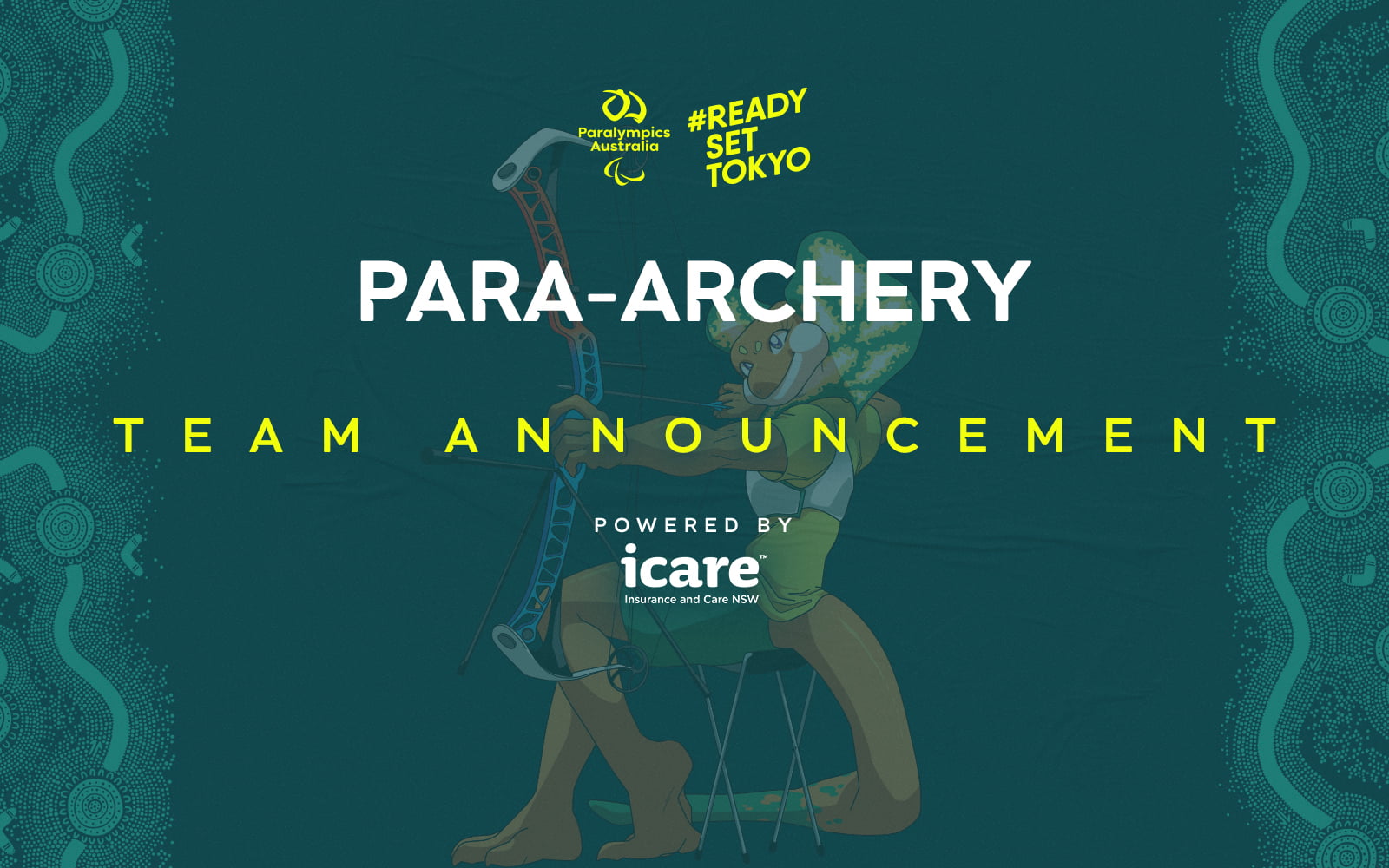 Australia’s four-person Para-archery Team will head to the Tokyo Games determined to build on the breakthrough result achieved by team member Jonathon Milne at Rio 2016.

Milne became Australia’s first Paralympic archer since 2004 at the last Games and his bronze medal was the nation’s first in the sport since 1984. Milne was confirmed for the Tokyo Paralympics in April and was joined by Peter Marchant, Imalia Oktrininda and Taymon Kenton-Smith at an induction ceremony held by Paralympics Australia on Monday.

“He started shooting in 2013 and within three years was able to win a Paralympic medal. That medal was a huge milestone.

“Pete has been training with Jono for quite a while. His debut was in 2017 and he’s just behind Jono, he’s a real competitor. Imalia has been shooting for three years competitively now, so she’s relatively new. It’s the same with Taymon, but they’ve been training a lot.

“Their selection is all testament to the amount of training they’ve done, the amount of sacrifice they’ve put in to try to get to the Games and have the chance to represent Australia. I’m excited to see what they can do and how Para-archery keeps progressing in Australia.”

“I hope we’re in the mix for medals,” Cheah said. “For the newer guys, I’m not putting them under any pressure, but they know how well they can shoot. They just need to know that if they follow their process then they’ll do well, the results will come.

“For Jono, there is a bit more pressure there. But, with all that’s happened with Covid, he’s just got to go out there and trust himself.

“On any given day, there are about 16 archers around the world who can win. It comes down to the day, the arrow, the moment. You could be two millimetres away from making the cut or winning a gold medal. So it’s really hard to know how things will pan out. But if it all comes together, then that’s all we can hope for.”

“Our Para-archers have shown incredible resolve to gain their selection, training remotely when they’ve had to and making use of every opportunity,” McLoughlin said.

“Jono set the scene in Rio and this Team now has a fabulous opportunity to take Australian Para-archery to heights we’ve never been before. I’m thrilled to welcome Imalia, Taymon and Pete to the Team and can’t wait to support them as they prepare to compete.”

Paralympics Australia Chief Executive Lynne Anderson said: “Not since Sydney 2000 have we had four Para-archers on our Team and not since 1968 have we won a gold medal in archery.

“The fact we have four brilliant athletes representing us in Tokyo and that we can have realistic hopes for medals is a strong reflection of the extraordinary work that’s been invested by the athletes, Ricci and Archery Australia. It shows that the entire Para-archery program is very much moving in the right direction.”

“Archery Australia has been instrumental in getting programs and funding together and putting the right people in the right places to make everything happen,” he said.

“Thanks also to Paralympics Australia for linking everyone in and providing opportunities for all the athletes. The NSW Institute of Sport has been a major part of the whole Para-archery movement in that they started the Para-program in Sydney that I coach. The AIS, too, has done a great job in developing a pathway for Para-archery. The future’s looking bright.”

Archery Australia Chief Executive Rick Hastie said: “It is certainly very exciting times for our Para-archery program, and a credit to the athletes on their hard work during a very challenging preparation. I also want to say a big thank you to our Para High Performance team, the Archery Australia staff, our Archery clubs and coaches and the families of our athletes for their tremendous support.

“I am extremely proud of the whole National Para-archery Squad coached by Ricci Cheah for their continued dedication, commitment and sacrifices and would like to acknowledge Garry Robinson and Ameera Lee who narrowly missed out on securing spots themselves. The excellent support we continue to receive from Paralympics Australia, the AIS and NSWIS has made a huge impact on Para-archery within Australia and is set to be a promising future for our sport.”